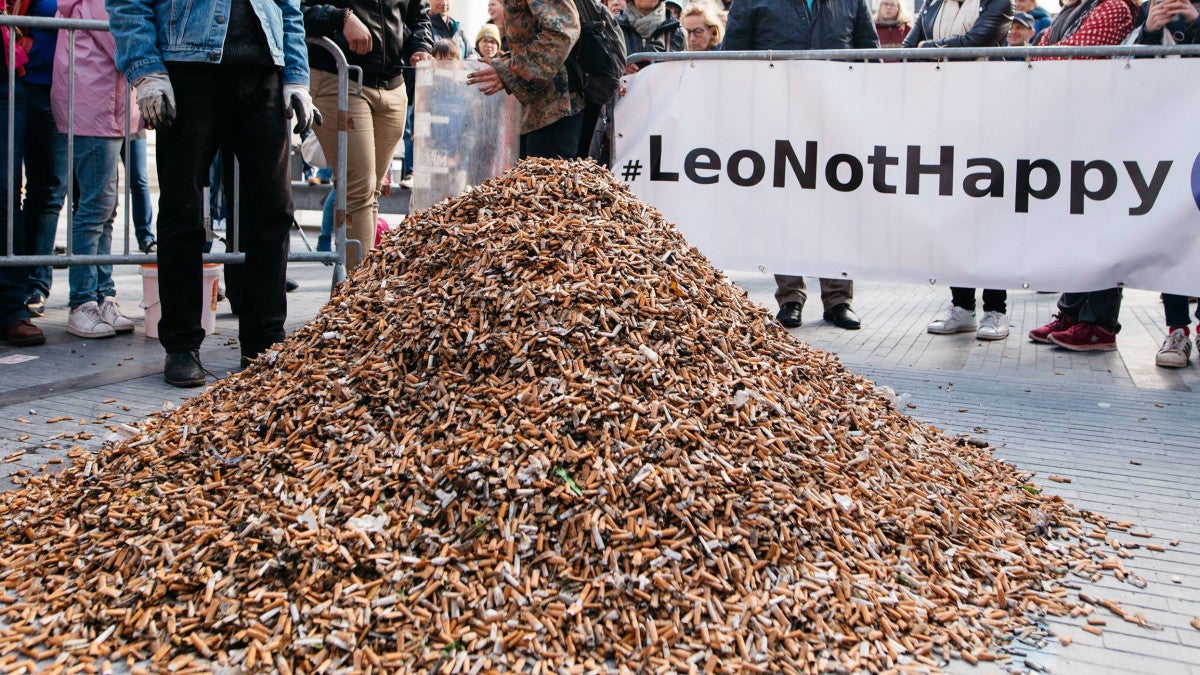 The plastic menace often seems limited to the visible pollutants, plastic bottles, carry-bags, plastic straws, and innumerable other colorful objects either floating in water bodies or chocking our land. But it is the tiny bits of pollutants that we are not even aware of that should be our concern.

For instance, take the tiny cigarette butt. It takes pride in being the most polluting object in the oceans. And what are we waiting for? This is the waste product of humanity’s enemy number one. The cigarette kills more people than some of the major diseases but unlike the latter, we have large organizations and governments who profit from its production and sale.

The Deadly White Sticks And Their Even More Deadly Filter Tips

Volunteers in the Belgian city Brussels collected more than 120,000 cigarette filters in one day, on the 22nd of April. These tiny bits of pollutants are mindlessly disposed just about everywhere, in drains, under trees on roads and playgrounds. And no, cigarette butts are not biodegradable. They contain cellulose acetate which is a form of plastic. And along with it, there are around 4,000 other chemicals in them that also are not biodegradable. These chemicals pollute water bodies dissolved into water.

So secondary smoke is not the only thing that the smokers are gifting us. The butts that they flick into the nearest drain is killing us too. It is time they realized that the planet is not their personal ashtray. The amount of cold drinks we consume is dwarfed by the cigarettes we smoke but this tiny waste that it leaves behind is not on the radar of any organization or government. 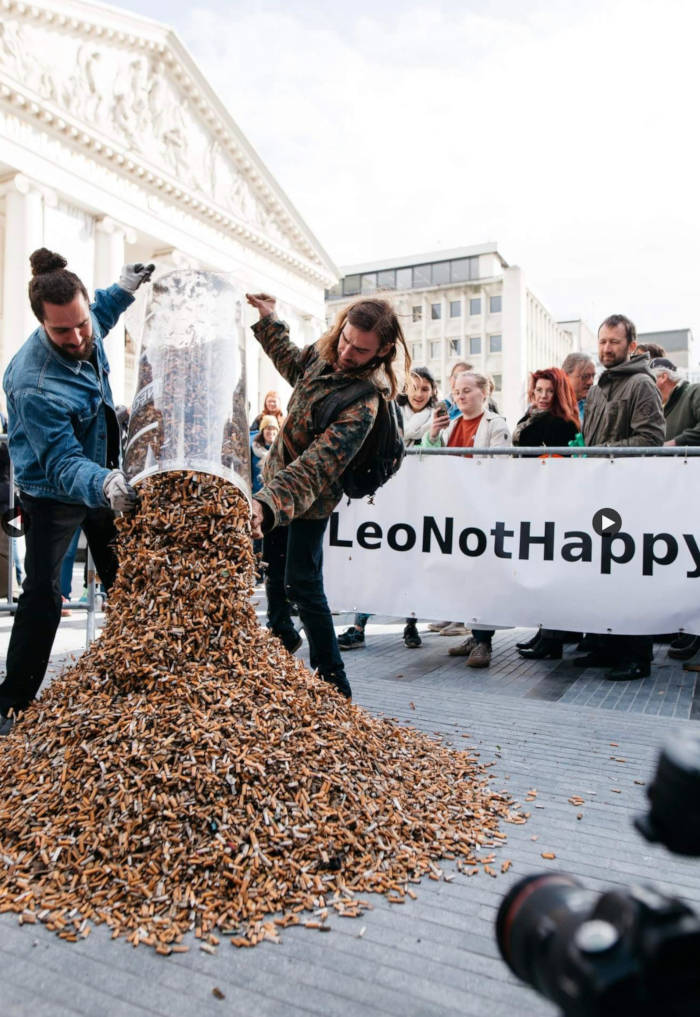 Evil To The Core

The cigarette filter has a cotton-like core which in fact is a type of plastic called cellulose acetate. This form of plastic takes a long time to degrade, at times even a decade. But the sad part is that many are not aware that the cigarette butt is also a pollutant and a bigger menace than the plastic straw or the bottle. 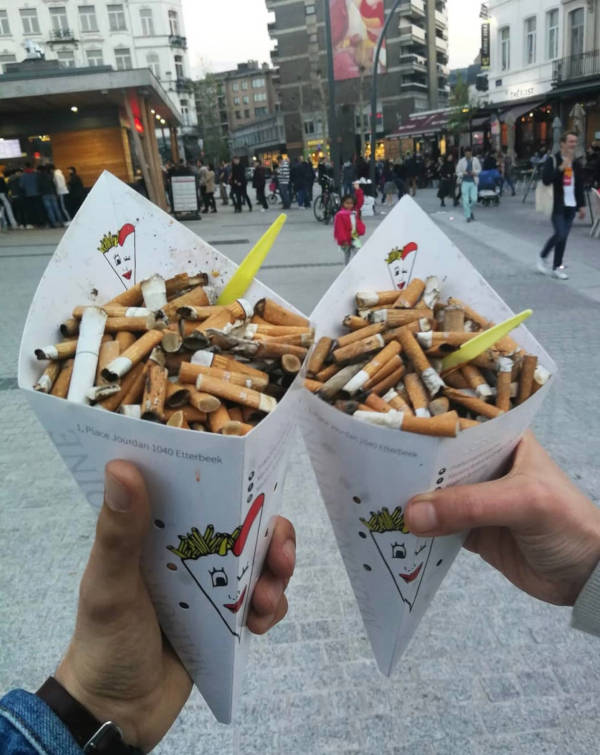 Cigarettes filters also contain extremely harmful chemicals which can leach into the ground and waterways killing living organisms that come into contact with them. The amount of tobacco that remains attached to the discarded filter contains nicotine which again is poisonous. 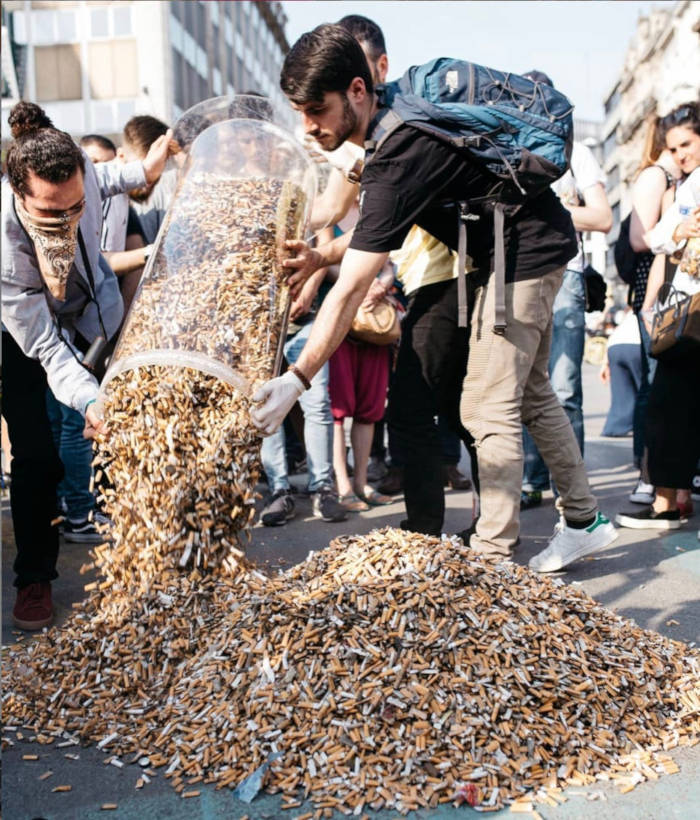 These tiny pollutants cause harm by sheer number. The annual consumption of cigarettes worldwide is in trillions (thousand billion) and that many butts release an enormous amount of poison into the soil and water bodies.

But There Is Hope

This harmless looking stick is evil to the core. Every part of it is a threat to our life. They pollute the air we breathe, poison the soil and our water bodies. And it is not on the radar of any government. And at least, in this case, the solution is in our hands.

An initiative like the one taken by the volunteers in Brussels has highlighted the danger cigarettes pose even after they have been put out. This is a killer to the prowl and only a few seem to care.