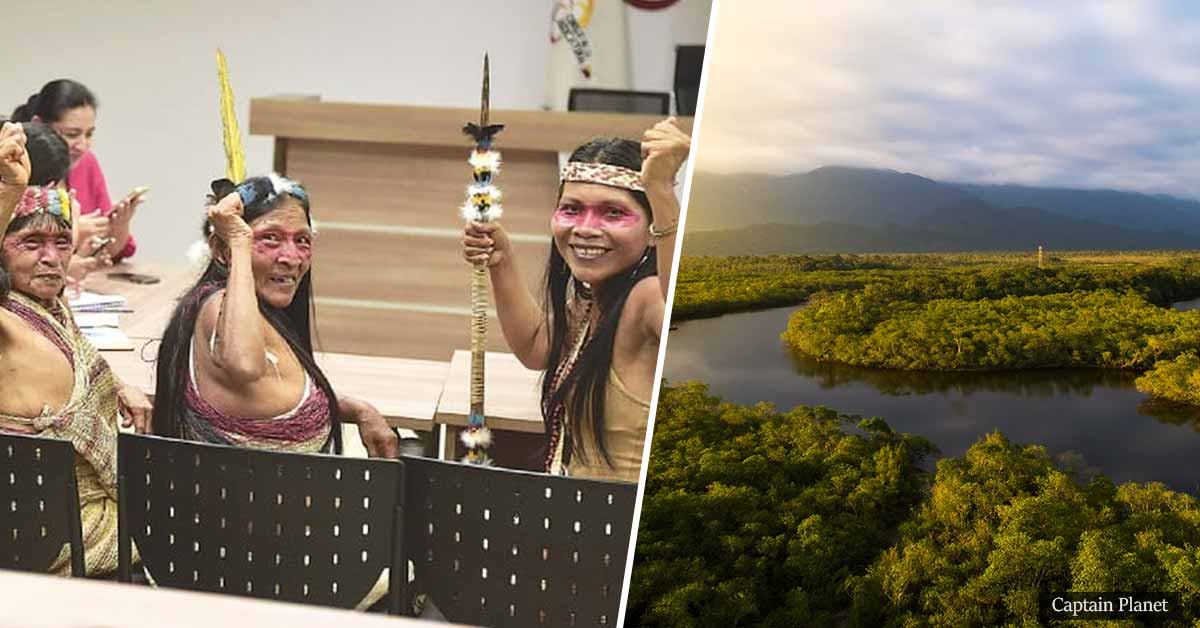 A small indigenous tribe in the Ecuadorian Amazon had a big victory over big oil companies. They successfully protected millions of acres of their ancestral land in the rainforests of the Amazon. Big foreign oil companies were to mine the area but the tribe fought them and won!

A Familiar Tale Of Treachery

The Waorani indigenous people of Pastaza Province were tricked by the Ecuadorian government. The government colluded with mega oil companies to trick the tribe into signing over their land for oil exploration. But the Waorani tribe was made of sterner stuff. They took the sensible route and dragged the fraudulent government to court. In April this year, they won their lawsuit and booted out the mega-organization and their evil intentions.

We Shall Fight With All Our Power And Might

The Amazon has been home to the Waorani for generations. When the tribesmen realized that they were being deprived of it by this unholy alliance between the Ecuadorian government and mega oil corporations, intent on exploiting underground reserves of oil, a long legal battle ensued. In April 2019 a 3-judge panel from the Pastaza Provincial Court ruled in favor of the Waorani, rendering the sale by the government illegal.

The tribesmen alleged that the Ecuadorian government had unfairly traded their land and even said that key government officials had been bribed by the big organizations.

It was not a simple David vs. Goliath story. The government was ordered to take into consideration cultural and environmental impacts that would affect the indigenous people. The very consultation process undertaken by the government with the tribe way back in 2012 was thrown out by the court. The legal precedents set by this ruling are huge for the safety of the fast-depleting Ecuadorian rainforests in particular, and the Amazon rainforests as a whole. The predatory tactics of the big corporation can only be halted legally.

“Our Rainforest Is Our Life”

The ruling saved half-a-million acres of the ancestral territory of the Waorani tribe from mining and drilling. A further 7 million acres of indigenous land was saved from being auctioned. The tribesmen should get to decide what to do with their land. A tiny community has successfully staved of oil companies and a hostile and corrupted government bent upon exploiting their land for profit.

They are a beacon of hope to other indigenous groups around the world. Activists fighting for the rights of the indigenous people consider this a landmark legal precedent. They have stood toe to toe and slugged it out against the mightiest and emerged victoriously. The interests of the government and the oil companies are never more valuable than the rights, forests, and lives of indigenous people.