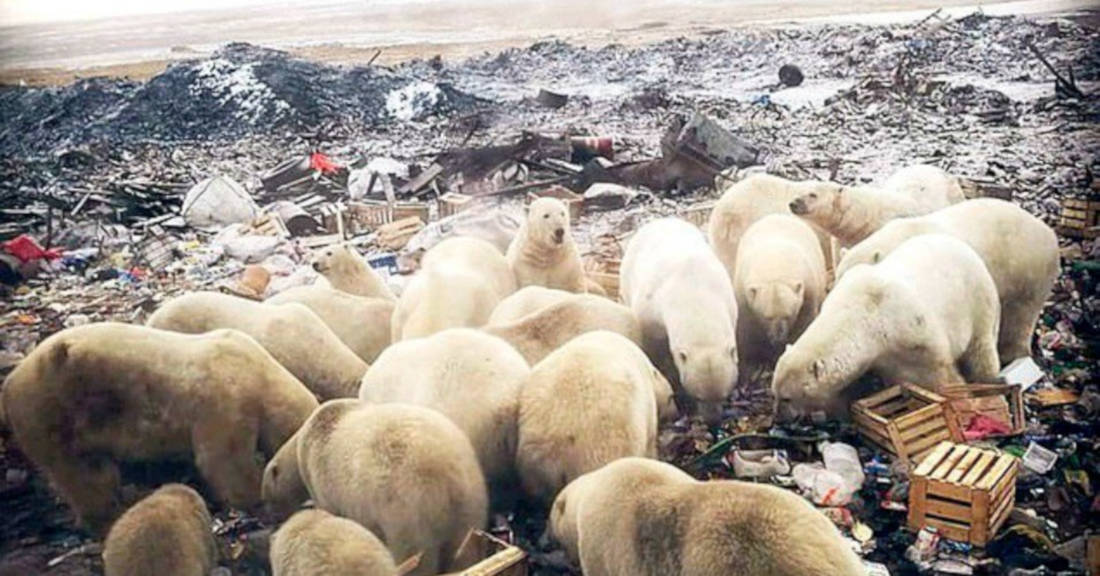 From December of 2018, the inhabitants of the Novaya Zemlya islands have seen at least 50 bears entering residential zones.

With human activities which cause the creation of greenhouse gases, not seeming to show any signs of slowing down. The release of these gases is causing accelerated melting of the polar ice caps. These areas are home to the animals that inhabit them and they are disappearing fast. The Russian islands in context have had to declare a full-blown state of crisis in the face of the large-scale invasion of several polar bears that have been battling starvation.

It is also heartbreaking to realize that polar bears are not animals that stay in herds. But the lack of food has led them to adapt from their life of solitude to grouping together to forage for food.

With the rise of global temperatures rapidly dismantling the Arctic habitats in which the bears reside, the occurrence of these bears venturing into “human habitations” is becoming more and more common.

The director at the U.K centered Born Free Foundation, Liz Greengrass, told CNN last year that polar bears depend on seals as their source of nutrition, and subsequently, seals depend on sea ice. Due to the onset of global warming, the ice caps have been melting at very rapid rates. That has had a domino effect on the survival of all species, including polar bears.

Polar bears are critically endangered species and so the inhabitants of these Russian islands are prohibited from shooting these animals. However, a team of experts has been sent out to the islands. The team hopes to help reduce the number of animal attacks and make the place habitable again for the 3000 individuals who live in the archipelago.

The team of specialists is hopeful about preventing further attacks without the necessity of having to point guns at bears. It is also acknowledged that some of the bears might have to be killed if required. It is not clear as to how long this state of emergency is going to keep its grip in the region which used to be an area designated for Soviet tests for nuclear weapons. Presently, it serves as a military garrison for the Russian military.

Such incidents shed light on the extreme conditions of climate change that many still fail to acknowledge. It is extremely necessary for the governments and individuals of the world to take action before it is too late!