Home » Nasa Released 2,540 Photos Of Mars And They Are Marvellous

Humans, as a rule, are always curious. Sometimes, that curiosity lands us in a great heap of trouble, while in other situations, we come out wiser, armed with more knowledge. In the case of NASA, it has always been fascinated by Mars. Countless satellites and space shuttles have been sent to the Red planet and while some of them haven’t exceeded the expectations placed before them, some have. And right now, in school textbooks, and course syllabi, we do get to see pictures of Mars and uncover mysteries that have eluded mankind for centuries.

It is also important to note that with the advancements of technology, there have been plans to develop colonies on Mars due to overpopulation on Earth. Mars One, the company which originally decided to set up a colony on Mars by 2020 has declared bankruptcy, but there are others. Most notable among them are NASA and SpaceX. The latter is the brainchild of Elon Musk who has taken up initiatives to launch the first exploration towards Mars. How long before we set up long distance calls to Mars, no one knows.

But one thing is sure curiosity might have killed the cat, but satisfaction did bring it back. In this case, the very knowledge, the very pictures that various satellites and rovers have brought forth are satisfying, to say the least. For they give some knowledge as to what Mars is truly made of and what is needed to establish a colony.

Here are 9 visually pleasing photos of Mars that would make you want to book the first ticket out of here:

Since the last decade, HiRISE has managed to successfully take pictures of Mars that are not only aesthetically pleasing but also immensely useful.  These pictures have successfully aided many astronomers and astrophysicists who are delving into the mysteries of the planet. The pictures are so clear and detailed that scientists can actually map the soil constitution and also witness historic events like the Schiaparelli Mars lander crash. 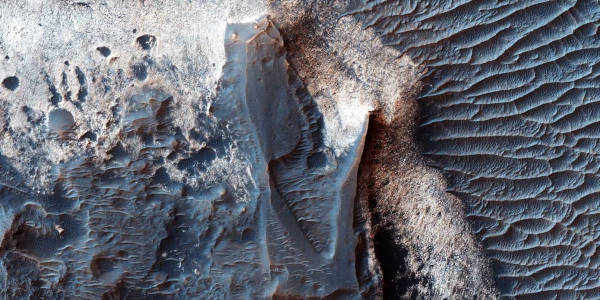 As problems continue to increase on Earth, we are left floundering for an escape. And while Mars One did give us some hope about a Martian colony, pictures taken by HiRISE at least encourage us to think in that direction. Some of the pictures are so mesmerizing that we are teleported from our living rooms to the red soil of Mars for some time. 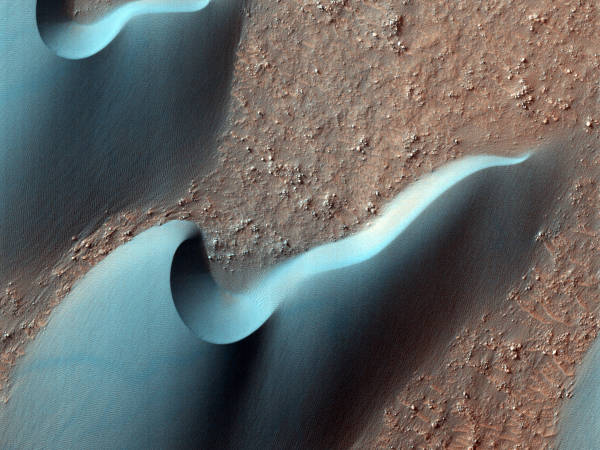 Mars is filled with chasms, that is, deep clefts in the ground. And while that has always been blurry to the human eye, HiRISE has managed to take pictures of it which further help scientists in designing a colony.

NASA’s headquarters put forward the plan of sending a crew to Mars in 2030 which would lead to the growth of extra-terrestrial colonies in different planets. And while that does seem like a dream worth chasing, the problems are immense. For now, they have decided that the Mars rover planned for 2020 would also be instrumental in the 2030 plan.

European Space Agency’s Mars lander crashed into the surface of the Mars, but there weren’t any pictures or information that could pinpoint to where it happened. Luckily, HiRISE was able to capture incredibly detailed pictures of the Mars Lander and its various parts.

It might be said that a part of Mars is simply a zebra crossing, but those are, in fact, dunes, which are saturated with oval shaped mineral deposits. No wonder we are so excited about Mars. The wealth that could be discovered is humongous.

Mars provides us with several pictures that can adorn any museum, but this one takes the cake. This picture is of the Martian North Pole which has the name “Kohler” after the fictional world of “Dune”, a novel by Frank Herbert.

Mars seems completely different from what we are accustomed to and that makes it all the more beautiful. This beauty increases as we see pictures that look like cigarette stains, but which are in fact, the very soil on which NASA is planning to build a colony. The very presence of such minerals would make the planet incredibly rich.

NASA keeps complete track of everything that happens on Mars. The surveillance is mostly to ensure that there are no occurrences of landslides or other calamities that might change the geographical nature of the very planet.

Forget going to Switzerland and Hawaii. The next vacation you take should better be Mars. After all, why upload pictures of beaches on Instagram when you can take pictures of something that is beyond anyone’s wildest imaginations?

Humans have always wanted to explore and someday visit space. From Copernicus to Galileo to science fiction authors F. Scott Fitzgerald, we have always envisioned a space colony. And NASA might actually make it true. We just have to wait. The 2540 stunning pictures of Mars testify to their desire.