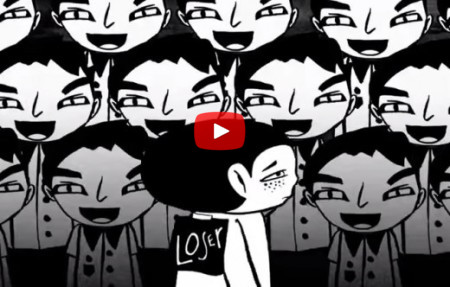 The black clip cartoon showing a boy who falls victim to bullying at school. “I feel alone,” he says.

The video, which normally lasts approximately two minutes has the following special features. When sharing on Facebook, the next sees a version of which is one-thousandth of a second smaller. The process continues as long as this is shared on Facebook.

In the end, the film will be reduced so that it consists of a single frame, and that this would be for notification too. The idea is that both give the other issues of bullying, so it is weakened and at the end “disappears.” Hence the name of the campaign: “Share it to end it”.