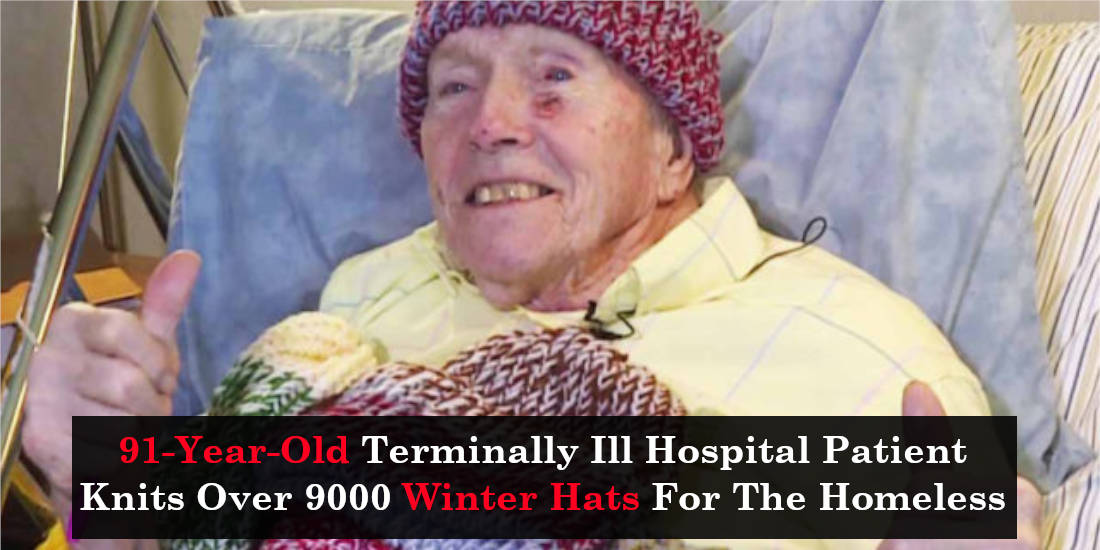 Ask yourself an honest question: if you came to know that you would die of something, what would you spend your time doing before the inevitable strikes? Most of us would be making bucket lists of sorts, with all kinds of adventure sports and hobbies.  Today however we will give you a different story: Moorie Boogart is a terminally ill patient, a senior citizen biding his days at Cambridge Manor hospice in Michigan. If you and I were in his shoes, we would probably be depressed and praying, or desolately waiting for the end. 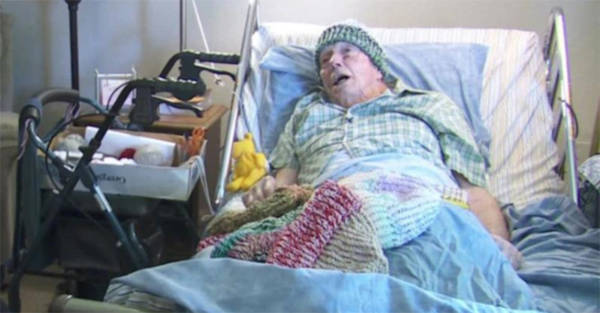 But Moorie, “to feel good”, has churned out 9000 wool hats for the homeless people, knitting all day in his hospice home. Read the number again. Yes, 9000! Now that he can do little to alleviate his own pain, he decided to work to relieve the sufferings of others. He also adds ‘rims’ to the hats to help keep the wearer’s ears warm. Next, they are delivered to homeless care in the Grand Rapids area, Michigan.

Now, because of his own situation, Cambridge Manor hospice is getting yarn donations from all over the local area to keep his hands’ good work going.

“This has been the best thing that’s happened to me because I just stay in my room,” said Boogart. “I do it awfully slow.”

Slow but steady, his efforts have done their small but crucial bit in helping people no one else would; people who we often refer to as ‘problem’ en masse. Going at a pace of one to two hats at most a day and taking care to rest and have coffee in between, Boogart has kept his work slow and steady; after all, he is 91-years-old. 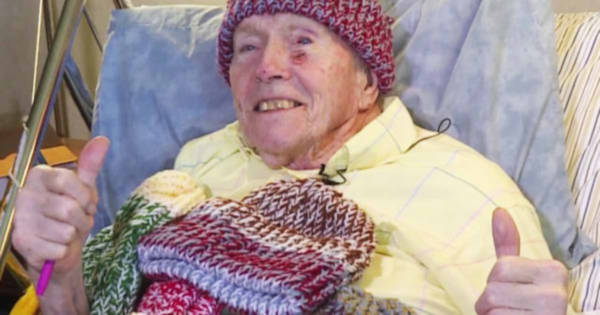 This noble effort started humbly, says his daughter, to keep her father’s spirits up. Terminal illness combined with old age is enough to bring down the cheeriest of people. However, he took his work from that to a new beacon for inspiring people all over the world.

Maybe his empathy too, like others, came so far because of the time he found to introspect at the gates of the End. But, the road doesn’t matter as long the destination is sacred. After people heard of Boogart’s efforts, a social media post helped propel his work to a wider audience, which brought in more yarn donations from all over.

Swami Vivekananda had once said something that all men should live by: “To serve the living is to serve the Lord”. Moorie Boogart seems to be living every single letter of that saying with his own life.