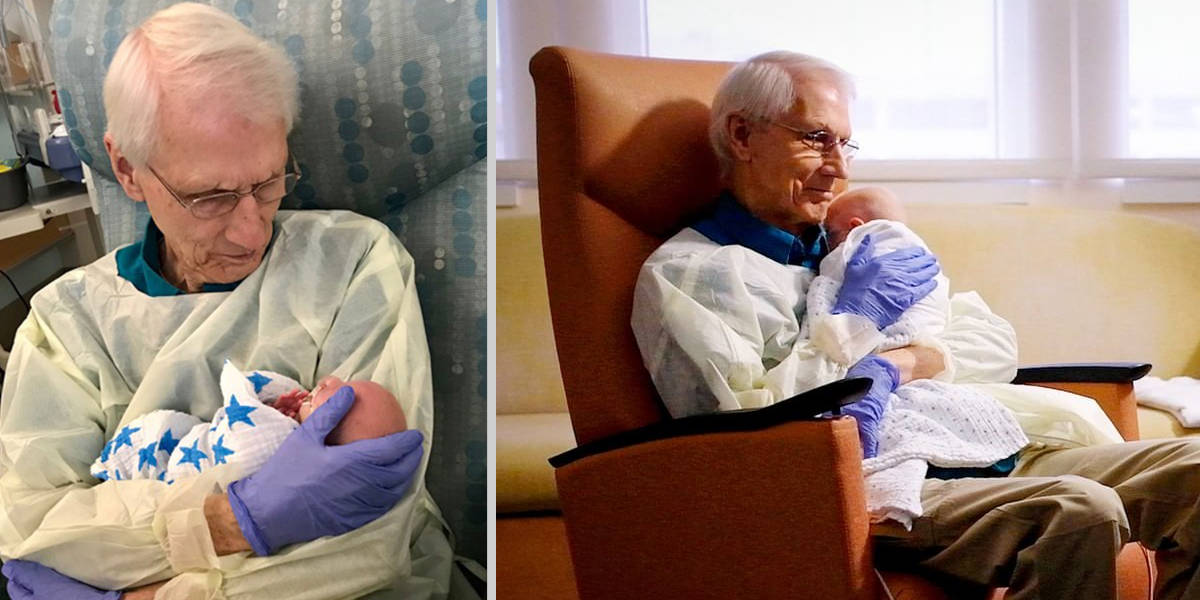 What do you do when you are in your Twilight years? We tend to think of these periods as a time of depression – we are past the age when we could achieve something and now, we are just left with a sedentary life where we could just ponder and regret about the past. But that’s not always the way. There is a path that we can take – the path of helping others. Louis Mapp – a person who has fathered three children, and is a grandfather of 8, a great-grandfather of 2, has chosen that path. He is from Fairhope in Alabama and he enjoying visiting the USA Children’s and Women’s Hospital in Mobile, Alabama each Tuesday, driving for about 45 minutes. He is 81-years old but age has not stopped him.

We’re grateful to Louis and Melinda Mapp for donating more than $1 million to our Level III Neonatal Intensive Care Unit and for Mr. Mapp’s volunteer service to our tiniest patients. This new video highlights the Mapp’s special relationship with recent NICU grad Cullen Potter, born at 22 weeks, who graduated Aug. 21 after spending five months in our care. Watch the video at https://youtu.be/rA_sx6S_t48

So, what does he do?

He cuddles, feeds and also burps premature babies – taking care of them, especially those babies who are sick and in the neonatal intensive care units (NICU). Sometimes, their families are not allowed inside or their parents are not able to be in the hospital. Well, Mapp has an experience of over 1 year doing it, so they are in good hands. Mapp mentions how he loves to see the innocent happiness in the babies when he rocks them.

Melinda and Louis Mapp donated $1,055,000 to @USACWHospital‘s NICU, where he spends time each week rocking babies. Learn more about the couple’s gift to a unit that admits 900 premature or critically ill newborns each year: https://t.co/Hreq4xilYp #WeAreSouth pic.twitter.com/igjAT4w9so

He is also in admiration of the staff working in NICU. They are clean and they work really hard for the ill babies, taking care of them every moment. At 81, Mapp wants to just tag along and do his bit. 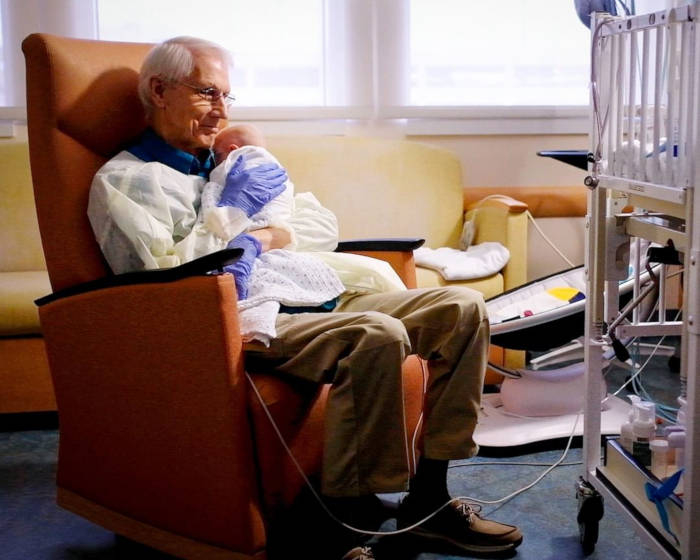 However, he is doing more than that. Recently, he and his wife, Melinda, donated about a million dollars to the hospital using the Mapp Family Foundation. They knew they are growing older and they will soon pass away. But they wanted to leave behind a legacy. Something, that will keep taking care of the babies even after they are long gone. That’s why the couple provided the donation to the NICU of USA Children’s & Women’s Hospital. With it, the hospital will now be able to afford Leo Beds, a special kind of bed for tiny premature babies. They cost a lot – about $50,000 per unit.

For Mapp, he is honored to have provided something for a place which has its heart in the right place. The parents are also relieved that someone as caring as Mapp is beside them, helping them out in the times of their need. Molli and Robert Potter’s son Cullen was born at just 22 weeks and he weighed only about 394 grams or 13.9 ounces. Mapp took care of him and cuddled him. The parents were relieved that someone was there for him. 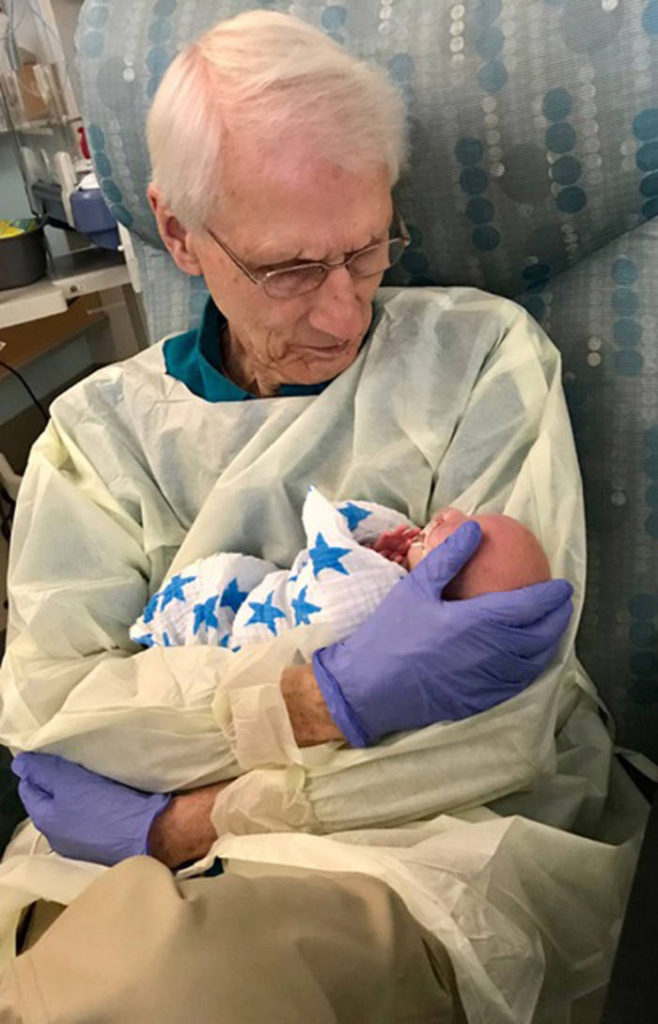 According to Renne Rogers, the nurse manager, Mapp came by at the right time. They needed a volunteer like him, especially with the new families.

Mapp mentions that at 81, he’s always asking the Lord to show him the path where he could use whatever strength he has, financial or otherwise, to help others. He wants to do just that as long as he resides on this planet.

He is a true gem, an inspiration for all humankind.