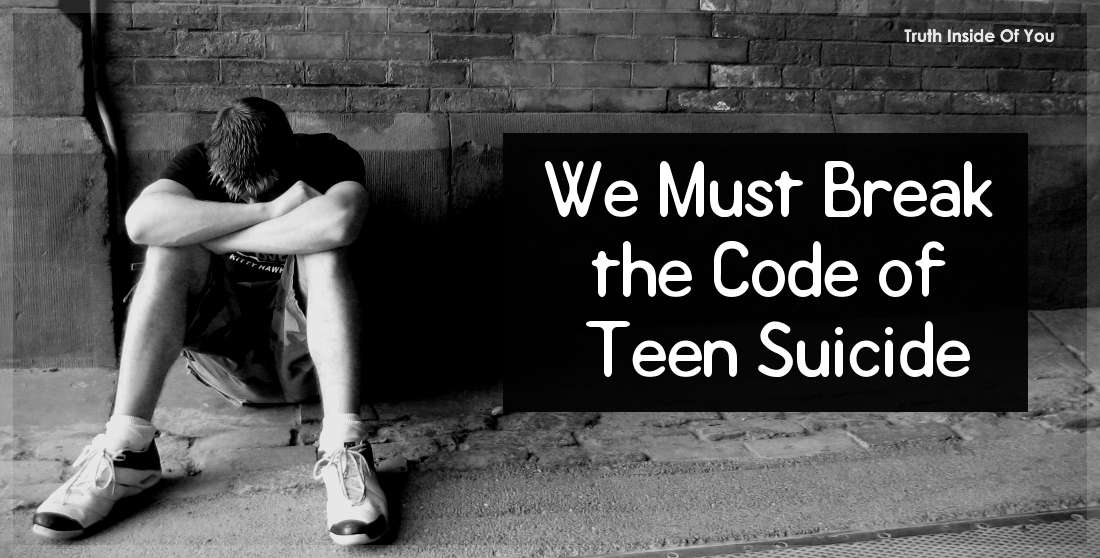 I’ve often thought of killing myself and even attempted a few times in early adulthood. I just couldn’t take the pressures of the world, and depression was a heavy blanket of darkness. That was bad enough, but I recovered. I always seem to do that. But imagine my horror as my child admitted the same feelings. My teenager told me that he wanted to kill himself. I froze.

I guess I moved through my life raising children with a rather self-absorbed mentality, I never thought I would hear my own child admit to suicidal thoughts. It was shocking, and at first, I got upset, questioned him and then cried. I thought I had to monitor him and never let him leave my sight. But there was something else behind the admission, something I must be careful to admit.

My son was displaying a highly intelligent mind, in that he understood way too much about life, to not have dark alternatives. Suicide is terminal, you cannot come back, but the thoughts aren’t always such an alarming thing. Sometimes suicidal thoughts are just the examination of finality and the end of suffering. I didn’t want him to die, that’s ludicrous, but I stopped panicking and really listened to him.

He just wanted to be heard.

With this being said, I don’t promote suicide. In fact, I strive to learn more ways to help teens deal with these thoughts, process them and move on to greater things about living. If you want to help a loved one move through these thoughts, there are ways to do that.

The best option when your child is telling you that he thought about committing suicide, is listening. Before you panic, and I know it’s not easy to deny this emotion, try to hear every little detail of his confession. Hear him out before you start to act out in emotion. Most of the time, your child will tell you why he feels the way he does, what he thinks about and what he still enjoys about life.

Sometimes, on the darker spectrum, teens are already advanced in this thinking, but most times, they are silently screaming for help. Their honesty is saying volumes about the malfunctions of their life. Listening closely, without judgment lets them know that they aren’t alone. Of course, you want to beg and plead for them to change their minds, but their minds are their own. Start with understanding first.

This is a tricky one. It’s not the smartest idea to tell multiple people about your teen’s admission of suicidal thoughts. Many people are only present in order to gain gossip, unfortunately. But finding one reliable friend or family member is good for you as well as your teen. You need support as well. After all, you need strength to show your child a better alternative to death.

Yes, the world is deeply flawed, but there is still some good in it. With support for you and for your child, you can help them see the brightness that still exists.

You’ve probably heard this on television, but being someone’s “person” is important. Teens feel alone much of the time, even when they are surrounded by friends. Depression is prevalent in children of this age. If your child allows you to be their “person”, then don’t deny them. Beware, this means listening, helping and offering advice without biased criticism. You cannot tell them how “stupid” the thought of suicide is, especially if you’ve toyed with the thoughts yourself, but you can say you’ve felt the same way.

Wait! I’m not advocating suicide, I’m saying that admitting your own suicidal thoughts allows your teen to release guilt from their own thoughts, and know that they are not bad people.

A little secret you might not know: Most of us have thought of ending our lives before. I dare to say, that almost all of us have done this.

Don’t be a fool

Even though the connection with your teen is important, you still need to have a plan of readiness. Be prepared to rescue your child when needed. Pay attention to warning signs of depression and irritability, for these are signs that suicidal thoughts can transfer into actions at any time. Watch for strange wounds, sudden changes in either physical appearance or mood and even sudden reclusiveness. Although you love your child and appreciate their space, don’t be a fool.

And it all boils down to this…

I’ve often thought of killing myself, and I still do sometimes, so does my son. I tell my son, and he helps me, yes, I help him in return. He is an adult now, healthy and happy, with good grades. I am proud of his survival.

Teen suicidal is horrible. There cannot be anything harder than losing a child. I haven’t been through this and I never want to. But before you panic, understand what’s going on. Sometimes all it takes is being there for your child, listening and being able to calmly show them the blessings of life.

Sometimes all they really want is a reminder of why the world needs them. And it does. Although it’s not so simple sometimes, it’s a start. Let’s start here and learn more.