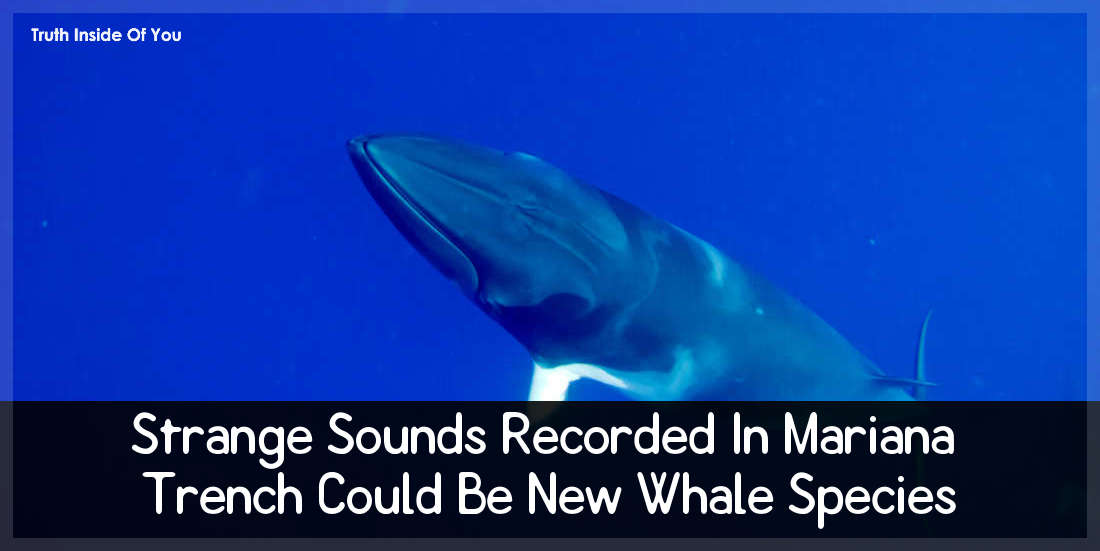 A haunting sound was discovered between 2014 and 2015 – during an exploratory mission to the Mariana Trench. The recordings were further analyzed, and it was concluded that the strange noise was that of baleen whales. The findings do not cite any human-produced or geophysical sounds.

However, these sounds do have a close resemblance that with the sounds produced by minke whales. But they are way different and entirely new, more like from some unknown species.

The Mariana Trench is the deepest part of the ocean. And it has driven a lot of research attention. Between September and November 2014 and March and April 2015 the part – Marine National Monument – was explored by Seagliders. Frequent mysterious and intriguing sounds were picked up by the detectors on the gliders – which were named – Western Pacific Bio twang.

Sharon Nieukirk and her team from the Oregon State University in the Journal of the Acoustical Society of America proposed that the sounds’ originated from a baleen whale. Giving further explanation that the sounds were a representation of the local dialect sourced from the minke song. However, this species of whale has never been discovered before.

Non-whale experts – at first – did not believe in these claims. They contract the findings by saying that whales are too large to not being overlooked. You cannot miss their citings. It’s very unlikely for a whale originating from the deep waters of Mariana Trench to get pass unnoticed.

The Bio twang was heard for only 3.5 seconds. Five other components were detected, inclusive of moans that ranged for a frequency of 38 hertz – which is close to the notes audible to the human ears. The moaning ended with a metallic like pulse at a frequency of 8000 hertz.