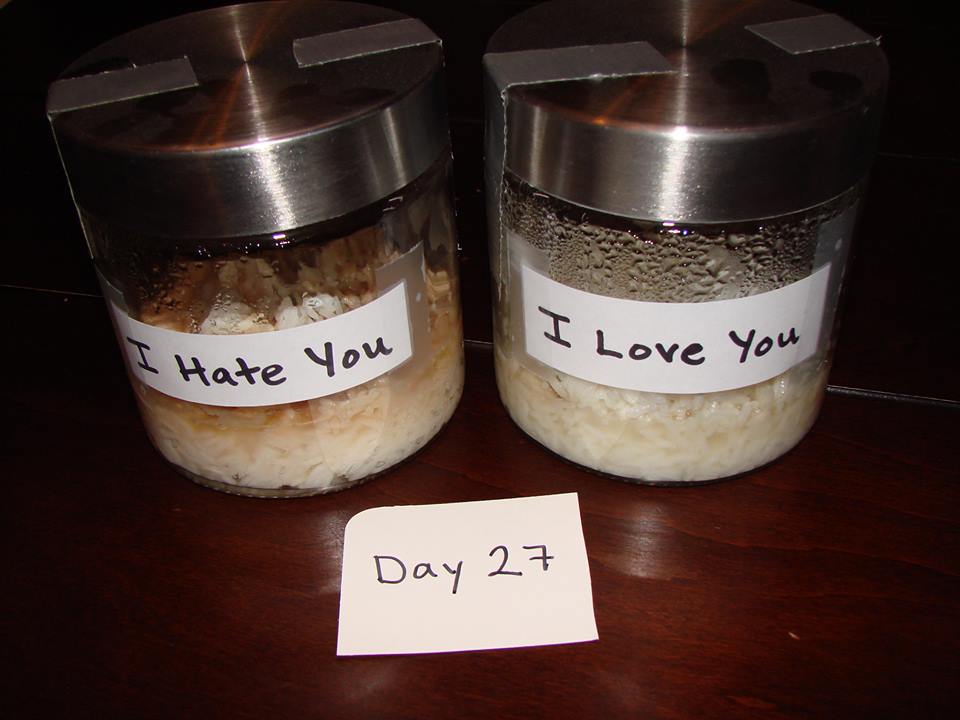 Dr. Masaru Emoto, a researcher and alternative healer from Japan has given the world a good deal of evidence of the magic of positive thinking. He became famous when his water molecule experiments featured in the 2004 film, What The Bleep Do We Know? His experiments demonstrate that human thoughts and intentions can alter physical reality, such as the molecular structure of water. Given that humans are comprised of at least 60% water, his discovery has far reaching implications… can anyone really afford to have negative thoughts or intentions?

Ice crystals formed from both sets of water samples were blindly identified and photographed by an analyst, and the resulting images were blindly assessed for aesthetic appeal by 100 independent judges. In conclusion, the present pilot results are consistent with a number of previous studies suggesting that intention may be able to influence the structure of water. Here is a photo of the effects direct states of conscious intention had on the structure of water. The rice experiment is another famous Emoto demonstration of the power of negative thinking (and conversely, the power of positive thinking.) Dr Emoto placed portions of cooked rice into two containers. On one container he wrote “thank you” and on the other “you fool”. He then instructed school children to say the labels on the jars out loud everyday when they passed them by. After 30 days, the rice in the container with positive thoughts had barely changed, while the other was moldy and rotten. Here is a video demonstrating this: