Home » What Did Nikola Tesla Try To Make The World Understand ? – The Mindblowing Mystery Behind Numbers 3, 6, and 9 REVEALED.

“If you knew the magnificence of the 3 6 and 9 you would have a key to the universe!” ~ Nikola Tesla.

Nikola Tesla is a legend. His many mysterious experiments included a few mysteries surrounding him. Geniuses are known to have specific obsessions, which lead them to become passionate about their work. Nikola Tesla was one of them. He cleaned his plates with eighteen napkins, lived in hotels where room numbers could be divided by 3.

And once he repeatedly walked around a building before entering it. His calculations were based on his environment and also the fact that they were divisible by 3. He did things only in sets of 3 – which compelled many to believe that he was either superstitious or suffered from OCD. He not only obsessed with numbers but specifically 3 6 and 9. Tesla calculated the planet’s nodal points to link them with these numbers.

What did Tesla want the world to know and understand?

Math is the universal law and language. 1 + 2 means 3 and that remains the same everywhere. Patterns occur in our Universe naturally and we have made discoveries of patterns in star formations, galaxies, evolutions and life. Some of the patterns include the Sacred Geometry and the Golden Ratio.

The pattern is the free energy secret key and Tesla was known to have mastered it. 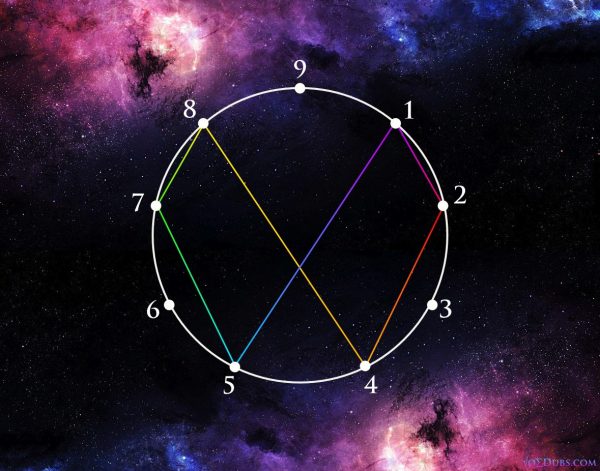 The Great Pyramid of Giza contains 3 larger Giza pyramids, placed in mirror position that to the Orion’s Belt stars. There are 3 smaller sized pyramids placed far from the larger ones. Nature makes use of the symmetry of three and six folds, inclusive of the hexagonal honeycomb shape. The shapes are part of the sacred architecture.

There might be possibilities that Tesla had uncovered this secret of sacred architecture and made use of the same in technology and science.