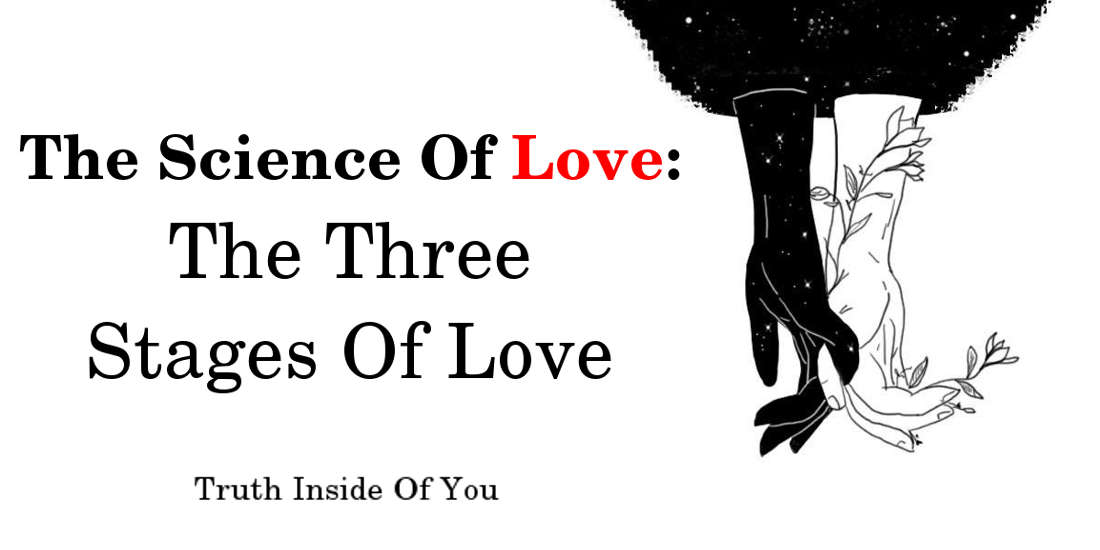 Does anything like affection exists? Or it is just the cycle of life so that humankind would not face extinction. Is it just our brains playing with chemicals?

The shocking truth is our brain has a leading role in the beautiful phenomenon named love, and it’s not merely related to our heart.The reality is it is the part of nature’s plan to keep the humankind alive in the cycle of life.

Experiments prove the time span to decide whether you like someone or not is between 90seconds to 4 minutes. Your feelings have got to do nothing with the words. The mathematical explanation shows 55%depends on the body language, 38% how they say it and only 7% depends on the words.

According to a research of Helen Fisher of Rutgers University love completes itself in three steps with the additional help of hormones. The three steps are – lust, attraction, and attachment.

Sexual desire is the first step of love which arises accompanied by Sexual hormones like Testosterone in men and Estrogen in women.

This is the stage where people are almost blind as they cannot see anything else other than their loved one. At this stage mainly three neurotransmitters work to make things go smoothly.These are Adrenaline, Dopamine, Serotonin.

This neurotransmitter works for the nervousness that grasps during the first days of the accidental encounter as it produces along with Adrenaline some cortisol.This results in the nervousness, sweaty hands, fast pumping of the heart.

Helen Fisher’s examination of couples who recently fell in love showed the high presence of Dopamine. Dopamine has the same effect of the drug cocaine. This neurotransmitter works for increasing energy, long working hours without adequate sleep or food and happiness in small pleasures of life including the new relationship.

Serotonin is the reason which makes the face of our love appear untimely in front of our eyes, often when we are working or thinking about something else. Dr. Donatella Marazziti, a psychologist from the University of Pisa arranged 20couples who were in love for less than a period of six months. She aimed to see if the level of Serotonin in the brain of lovers matched with the Serotonin level of obsessive-compulsive disorder brains. The result was positive. Couples newly in love paint a picture of their partners in the brain as they are the best ones. This keeps the urge to make the relationship work.

The attachment works based on basic two hormones which are Oxytocin and Vasopressin, which keeps on the urge to continue.

Released during sex, this hormone helps in bonding between two partners and between mother and her young child. This works in the case of animals too, according to experiments.

It controls the activities of the kidney. Experiments on Prairie Voles show that this hormone helps in forming stable pairs.