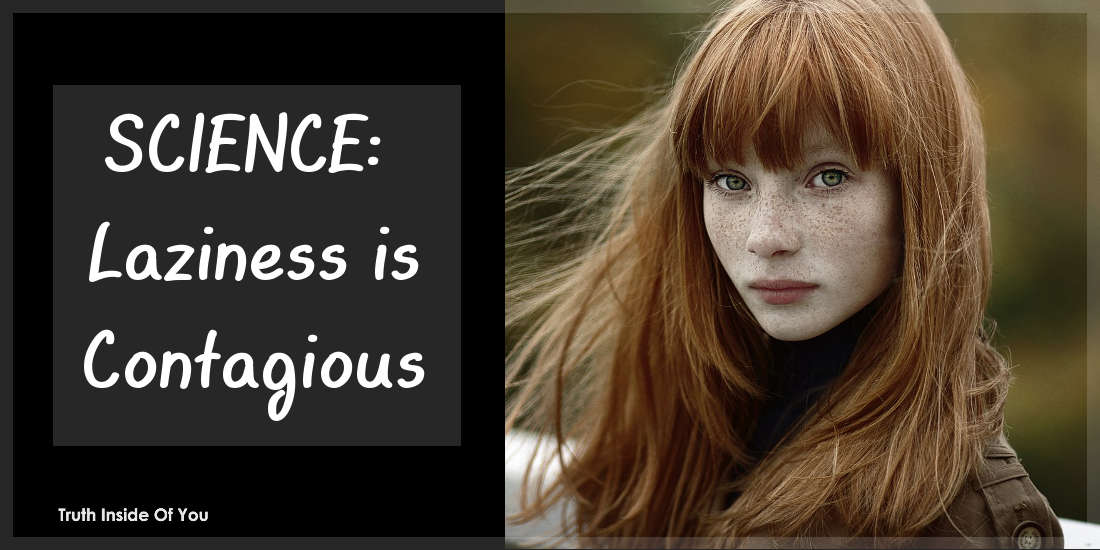 Colds are contagious and so area rashes, well at least some of them. But I bet you didn’t also know that laziness is contagious.

Leader of the motivation, brain, and behavior group at the Brain and Spine Institute (ICM) in Paris, Jean Daunizeau studied the correlation between laziness and other people. People can pick up traits like laziness, prudence and impatience, just like they are germs.

It was previously thought that prudence, laziness and patience were ingrained traits, that you were either born with one or the other. Prudence means taking the first reward instead of waiting on the larger reward, which usually comes with larger risk, impatience is desire for immediate payoff and laziness is when you don’t care one way or the other when the payoff will come.

Understanding these traits helps us understand how monumental it is to see these characteristics as contagious. The influence of one person on the other can be extremely important when it comes to changing negative behaviors that we once thought were concrete.

Tested and proven to be true

Tests, using participants paired against computer models, were conclusive in these findings. Before the test, after a series of questions were asked, participants chose in either a prudent, lazy or impatient manner. All the questions were depending on their own personal preferences. After the tests, and after the answers from the computer generated “false” participants were revealed to the real participants, the tests were given again.

The second session showed that the real partisans answered an influence by the computer-generated participants. Their answers were different and in prudent, impatient and lazy standards. They proved to be influenced to change their ideas to match the “fake” test subjects. It happened just that fast.

What Is Your TRUE FACE Behind The INVISIBLE MASK?

Behavior is not so genetic it seems. We can be influenced ever so easily. As far as laziness goes, we can, in fact, become lazy in the presence of others. Our characteristics can be molded by others despite what our genetics say about.

So, before you strike up that new friendship, maybe you should weight their characteristics with your own. Is there some characteristic about that person that you just don’t want to adopt?

Yes, colds are contagious, as with many other illnesses and ailments. But then so are personalities.