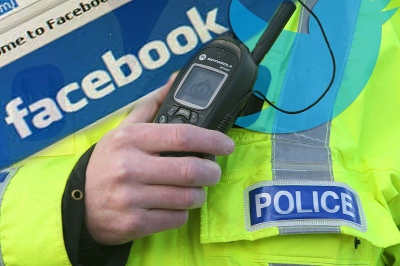 The Ministry of Justice has issued a new guide for social media use by law enforcement officials, which advises local agents in police departments to create fake social media profiles, in order to monitor suspects.

One can say that this is taking crime prevention to an entirely different level, while it poses quite a big ethical question.

Police officers are instructed to put on a digital mask, in order to integrate in the community they are surveilling, and  have easier access to targets. For example, one officer that used a fake social media account, answered a survey about this subject.

There, he explained that there was a suspect of drug charges with whom he became facebook friends via a fake account. The suspect checked in everywhere he went, so it was extremely easy for the officer to track him down.

North Dakota Is The First US State To Legalize Armed Police Drones.

The NYPD, taking it one step further, uses photos of attractive young women in order to approach gang members. The question is still there: are the people photographed aware of the use their photographs are put into?

The legal system is still slighlty abstract when it comes to social media so it is quite questionable whether this practice is completely lawful, apart from ethical. It surely goes against Facebook’s regulations.

Still, until such matters are cleared out, one should always be cautious for every kind of fake profile. Tracking them down is not that hard, either.