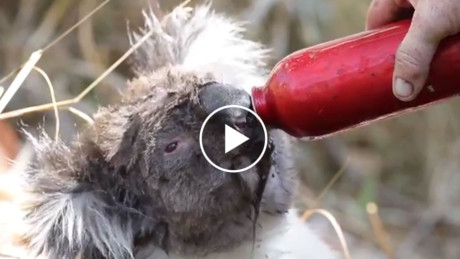 The fire in Adelaide, Australia, continues its destructive work and dozens of people flee in danger from the flames. Among them there are those who are brave and tried to help the animals that faced destruction.

This woman mourns the death of a kangaroo in wildlife reserve: And shortly after embracing another kangaroo who found alive: A man who saved his dog from the wreckage: And the firefighter who rescued a dog from a burnt house:

Firefighters returned to save the animals of a shelter abandoned to the mercy of fire: And those who care for an injured koala found with serious burns: A volunteer who found another koala wandering thirsty in burnt forest and tried to alleviate the minimum water had with him: