Home » The Last of a Kind: The Death of Africa’s Last Male White Rhino

Yesterday came the end of the last male White Rhino in the world. His name was Sudan and he lived out his last days in Kenya, in Ol Pejeta Conservancy, surrounded by armed guards to protect him from poachers. He is survived by two females, the last of their kind too.

Elodie Sampere, a representative of the Conservancy spoke with not-slight sentiment how the gentle giant might have looked intimidating thanks to his size, but lived up to his name.

The veterinary team decided to euthanize him because he was already in unbearable pain from multiple infections and age-related issues. At 45, he could not mount a female normally anymore, although scientists hope to recreate the species using some of his genetic material which they saved.

The Earth is approximately 5 billion years old. Throughout its life, it has seen some major mass extinctions which have/had brought a halt to a majority of species inhabiting it at that point. However, life found newer ways to bounce back. Newer species evolved and newer life forms emerged from the ashes to rekindle the spark of life.

Human civilization has single-handedly brought such profound changes to the climate and the world in general, that the impact on the lives of animals and plants has been enormous. Species lost now, are mostly lost because of human activities directly or indirectly. The UN estimates say around 200 species go extinct every day thanks to human activities and climate change.

Elephant Caretaker Starts to Sing, What Happens Next Is Amazing.

Rhinoceros poaching has been a thing for a long time. The Chinese claim that its horns have medicinal properties. As a result, the otherwise gentle giants have been on the hunt for centuries. Also, people encroach forests and savannahs, which are its habitats; clashes ensue and the gun always wins in such cases.

It is ironic, how prices of poached rhino horns are falling thanks to conservation and awareness efforts in consumer countries like China and Vietnam while the rates of poaching aren’t. 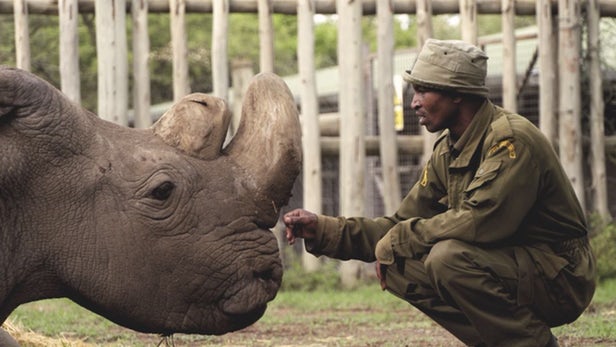 Africa lost another of its rhino species completely seven years ago. The Western Black Rhino, to the menace that is illegal hunting.

With such iconic and majestically beautiful creatures like rhinos and tigers and elephants slowly leaving the face of the Earth, it is high time that we humans evaluate our purpose on this planet. Is this the legacy we want to leave behind for our future generations?