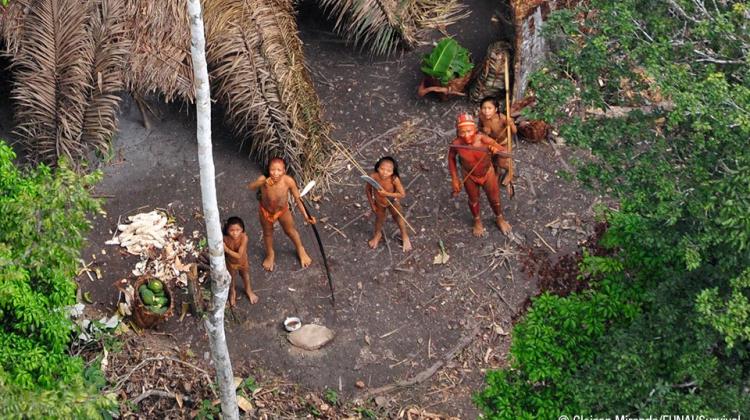 The members of the tribe who had caused global attention with its discovery, allegedly murdered in a wild way.

Members of the isolated tribe who had never come in contact with the modern world and other people lived along the river in a remote part of the Amazon. The discovery of their existence had caused huge interest to scholars, but it seems that there was a very bad development.

Federal prosecutors in Brazil have launched investigation into the slaughter of about 10 members of the tribe, as latest figures show that the threats to indigenous groups are increasing in the country.

The Brazilian department for indigenous affairs, Funai, announced that it filed a complaint to the Prosecutor’s Office in the State of Amazon, as there is evidence that the miners went to a bar near the border with Colombia and witnesses indicate that they bragged about the killings. The same information described with detail that they chopped the natives and thrown their bodies into the river and that together they had and trophies. According to the local press reports, among the murdered members were women and children.

The killings took place last month. The Office for Indigenous Affairs has conducted some initial statements in the city and then ordered the case to the police.

The case Prosecutor, Pablo de Luz Beltrand, confirmed that he had launched an investigation, but said he could not discuss details of the case while it was in progress. He said that the episode happened in the Javari Valley.

“We are investigating, but the lands are large and the access is limited,” said the Prosecutor, who added that required the cooperation of several goverment departments for the unraveling of the case.

The Survival International, a global group for indigenous rights warned that, given the small size of the tribes of the Amazon, this latest episode could mean that a significant percentage of these tribes lost forever and even talk for a genocide.

All the departments called on the Government to take strict measures to protect the tribes and criticize, as the last year broke off major funding and programmes aiming at the conservation of tribes. They also blame the Government for indiscriminate granting of virgin forests with a view to commercial exploitation.