Celebrities, actors and many others formed a protective shield around a young student, Keaton Jones who is a victim of bullying in his school.

Keaton Jones from Tennessee USA was the hero of the athletic and artistic world in recent days because he dared to speak for what makes his life hard.

Last Friday, the mother of Keaton posted on facebook a video with her son crying and explaining the nightmarish hours he spends in school. Earlier that day, the boy called his mother because he was afraid to go for lunch in the school’s restaurant.

“Out of curiosity, why they do it. What is the point? What enjoyment do they get? It is painful. It is not okay ” says Keaton with tears in his eyes.

The video became famous within three days, surpassing the 22 million hits on Facebook and 1.3 million views on youtube. 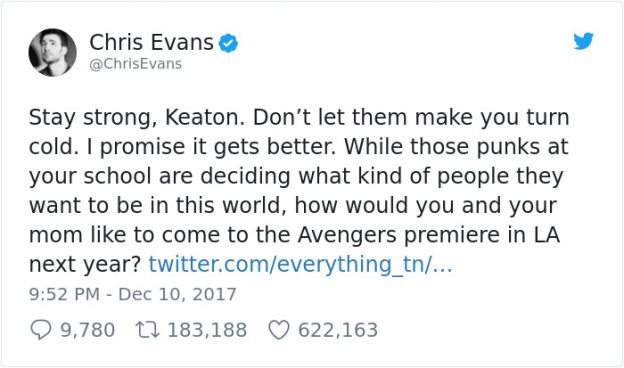 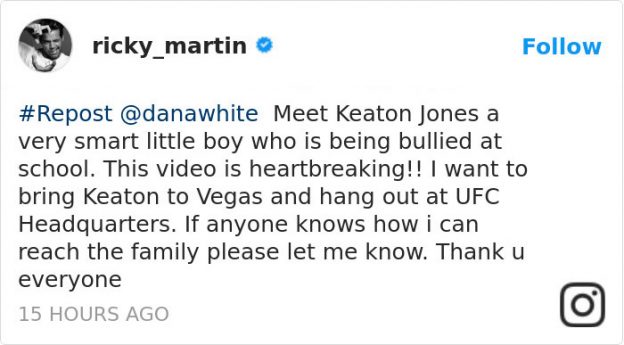 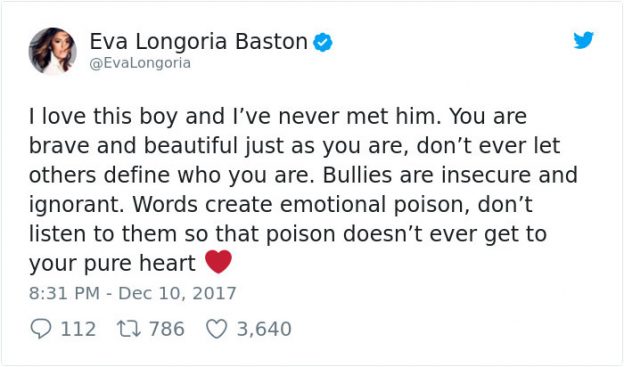 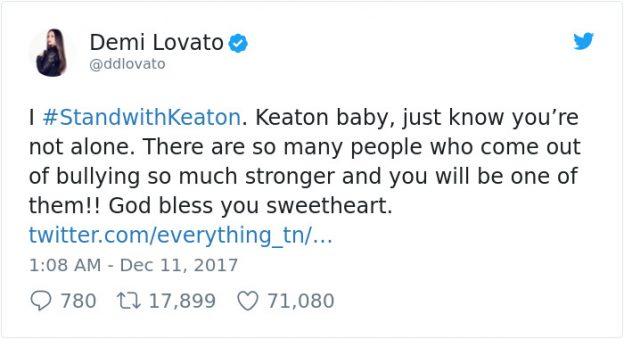