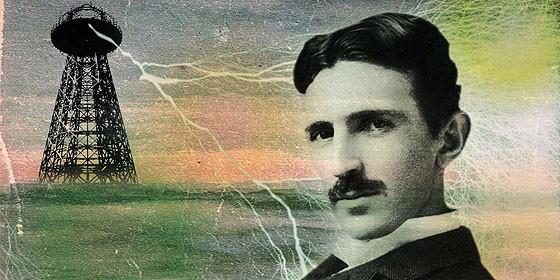 Encyclopedia Britannica lists Nikola Tesla as one of the top ten most fascinating people in history. Nikola Tesla was an electrical engineer who changed the world with the invention of the AC (alternating current) induction motor, making the universal transmission and distribution of electricity possible.

The 10 Inventions of Nikola

Tesla that Changed the World.

So why is he virtually unknown to the general public? Today we pay for electricity as Tesla’s free energy devices were destroyed by J.P. Morgan for not being able to earn profit from it. This rare film stars Orson Welles and features a dramatic recreation of a meeting between Nikola Tesla, Industrialist J.P. Morgan and Thomas Edison, that would decide the fate and future of today’s Electric Power Industry in America and the world. But what happened to Tesla?

The Missing Secrets Of Nikola Tesla

“Electric power is everywhere present in unlimited quantities and can drive the world’s machinery without the need of coal, oil, gas, or any other of the common fuels.” –Nikola Tesla

The Unrecognized Genius of Nikola

Tesla: How Far Ahead Was He?

“My brain is only a receiver. In the Universe there is a core from which we obtain knowledge, strength, inspiration. I have not penetrated into the secrets of this core, but I know it exists.” –Nikola Tesla

‘Nikola Tesla Unlimited Free Energy Forever’ is a comprehensive documentary featuring physicists and inventors who are challenging orthodox science to bring this non-polluting technology forward despite ridicule and suppression. See actual working prototypes that defy classical physics including phenomenal experiments in anti-gravity and the transmutation of metals.

“When wireless is perfectly applied the whole earth will be converted into a huge brain, which in fact it is, all things being particles of a real and rhythmic whole. We shall be able to communicate with one another instantly, irrespective of distance.” –Nikola Tesla

“Ere many generations pass, our machinery will be driven by a power obtainable at any point of the universe. Throughout space there is energy.” -Nikola Tesla