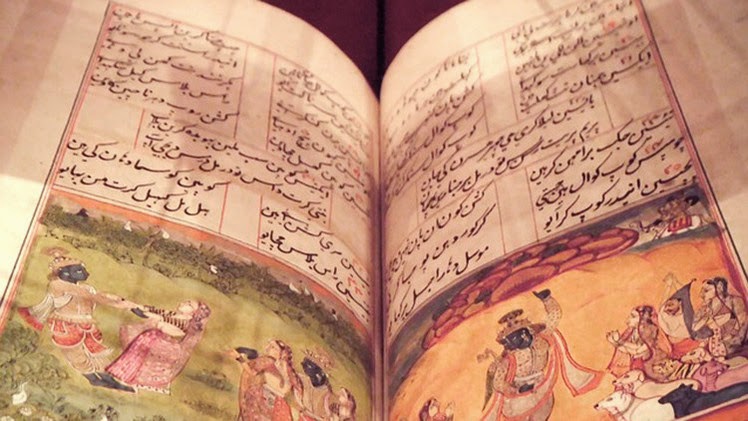 Did Newton discover Gravity? As we have been thought in school? Or is there a possibility that people, thousands of years ago had knowledge of gravity and other natural phenomena, way before we thought possible?

According to statements by one of the most prominent Indian scientists, some ‘slokas’ aka verses of the holy Vedas texts make mention several, undiscovered natural phenomena that were discovered by Westerners many centuries later. Madhavan Nair, stressed that the Vedas,or also known as the the four sacred texts of one of the oldest- missing Vedic religion, described the presence of water on the moon, the gravitational force and other scientific phenomena there were not supposed to be known of until centuries later.

The Vedas contain an incredible wealth of information in the field of space and atomic energy, so much information that we are unaware of it even today. We were on the right track until the year 600 BC, before the invasions said the 71-year-old Padma Vibhushan awardee  who believes the vedas are a knowledge goldmine, with information on metallurgy, algebra, astronomy, maths, architecture and astrology among other things.

Nair has challenged the notion that Isaac Newton was the first to formulate the law of gravity. For Nair everything is written, everything is already proven in the sacred texts. The researcher, former president of ISRO, has surprised the scientific community stating that some ‘slokas’ or verses from the Vedas refer to events that have later been confirmed by science.

Nair isn’t just someone who talks just for the sake of it, he was one of the architects of the Indian Space Agency which managed to send a vehicle with the Indian colors to the moon in 2008.

Madhavan Nair, makes reference to ancient ancestors and speaks with pride of their national history. And yet, it is not that surprising that India can exhibit proud examples of Aryabhata, who was an astronomer, mathematician, versed in multiple sciences. “We are very proud that Aryabhatta has done extensive work in exploring the outer planets,” stated Nair.

According to the former boss of the Indian space agency, the Chandrayaan 1 satellite, which dropped on the lunar surface the vehicle with the proud colors of India orbited around the moon thanks to an equation formulated thousands of years ago by Aryabhata.

It sounds like an Indiana Jones movie but actually its real day life. According to experts, it is considered that the Vedas comprise much unknown information, even today, by the West. Researchers also state that the main obstacle to its diffusion is represented by non-traditional ways to develop each topic, in other words we have to change the way we look at things, this is what prevents the contemporary world to accept these theories and ways. To read the Vedas, one has to speak Sanskrit.