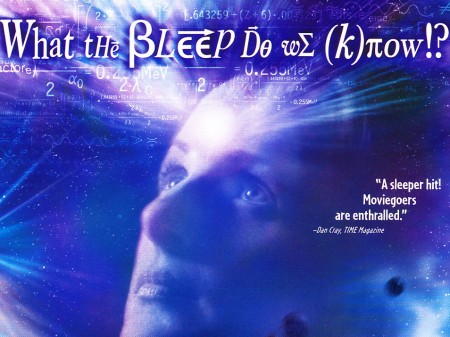 What the bleep do we know? This hard-to-describe movie, which combines talking-head documentary footage with a fictional narrative, attempts to explain quantum physics in terms most audiences can understand.

This documentary is a radical departure from convention. It demands a freedom of view and greatness of thought so far unknown, indeed, not even dreamed of since Copernicus.

It’s a documentary. It’s a story. It’s mind-blowing special effects. This film plunges you into a world where quantum uncertainty is demonstrated – where neurological processes, and perceptual shifts are engaged and lived by its protagonist – where everything is alive, and reality is changed by every thought.