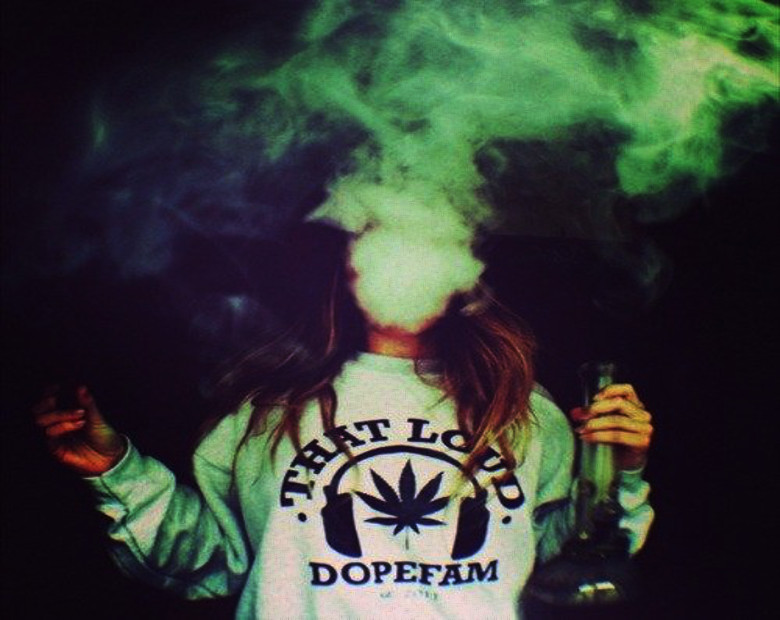 Acceptance of marijuana seems to have reached a tipping point in the United States. Four states and the District of Columbia have already legalized it, half the states have medical marijuana laws now (two-thirds if you count the CBD-only states), and as many as a half dozen states, including California, could vote on legalization in November.

The ‘Gateway Drug’ is alcohol, not marijuana (New Study)

It may seem like everybody is smoking (or eating or drinking) pot these days, but that’s not the case. According to the federal Substance Abuse and Mental Health Services Administration’s National Survey on Drug Use and Health (2013-2014 edition), only slightly more than 13% of Americans age 12 and over reported using marijuana in the past year.

But the annual use rates are significantly higher in some states, particularly those that have moved to loosen restrictions on marijuana over the years. Marijuana law reforms have been centered in two regions of the country, the West and the New England states, and that’s precisely where the highest annual use occurs. Of the top 10 pot-smoking states, only Michigan is not in one of those two regions, tying with New Hampshire for 10th place.

Somewhat surprisingly, California, which will vote on legalization in November and which has had a wide-open medical marijuana scene for years, didn’t crack the top 10. It came in number 12, with 14.9% reporting past year pot use. The Golden State can take some solace in winning the prize for the largest number of annual marijuana users, with more than 4.6 million.

So where are the stoners? Here are the top 10 marijuana consumption states, based on SAMHSA’s numbers.

What a surprise. The first state to legalize weed also has the highest annual use rate. Colorado was an early medical marijuana state as well, suggesting a Rocky Mountain openness to the pleasures of the herb that predates recreational legalization. Do they like weed in Colorado because it’s legal, or is it legal in Colorado because they like weed? Marijuana isn’t the only popular substance there; the state also ranks first in past month use of any drug other than pot.

Another legalization state and another early medical marijuana state. Nearly 650,000 Oregonians lit up the previous year, which is not too surprising in a state where people are among the least likely to have a negative perception of weed. While 28% of Americans perceive a great risk in using pot once a month, only 18% of Oregonians do.

Heck, even the governor wants to legalize weed in Vermont. It got blocked in the legislature this year despite Democratic governor Peter Shumlin’s best efforts, but the state has decriminalized the possession of up to an ounce, and at least the cultivation of a couple of plants is a misdemeanor, not a felony, as in most states. And this is the home of Bernie Sanders, the only major party candidate to call for an end to federal pot prohibition.

Alaska legalized it in 2014, but had an even earlier experience with pot law liberalization in the 1980s, after the state Supreme Court ruled people had the right to possess some pot at home. Anti-drug crusaders got that overturned by popular vote in the early 1990s, but the prohibitionists’ victory was temporary, with the voters now embracing the herb.

In a dead heat with Alaska, Washington joined Colorado in legalizing marijuana in 2012 and has had medical marijuana in place since 1998. More than 1.1 million Washingtonians toked up in the previous year, and the state is happily counting pot tax revenues of over $200 million so far.

New Study Shows Marijuana Is 114 Times Safer Than the Deadliest Legal Drug in the U.S.

Another New England pot hotbed, Maine has had medical marijuana since 1999 and possession of up to 2.5 ounces is decriminalized. Cultivation of up to five plants is a crime, though only punishable by up to six months in jail. The state is also set to become one of the legal states; a legalization initiative will be Question 1 on the November ballot.

Rhode Islanders don’t worry too much about marijuana, with only one in five perceiving negative health consequences from pot use. Efforts to get legalization through the statehouse have been stymied so far, but the state has decriminalized possession of up to an ounce and has been medical marijuana-legal since 2006.

The Bay State likes its buds, with nearly a million (989,000) previous year pot smokers, and like neighboring Rhode Island, residents don’t worry about it too much, reporting a similarly low number believing pot use has negative health consequences. Up to an ounce is already decriminalized, but Massachusetts is on a path to join the legalization states this year. An initiative to do that is just one last hurdle away from being officially on the November ballot.

New Hampshire is the only state in the region that has not decriminalized pot possession, but that hasn’t stopped Granite Staters from firing up with enthusiasm. They also like other drugs; the state came in ninth for illicit drug use other than marijuana, with 3.7% reporting past month use.

The Great Lakes State is pretty relaxed about pot, with most of its major cities, including Detroit, having voted for local legalization/decriminalization initiatives. An effort is underway to get a legalization initiative on the November ballot, but it faces an uphill fight as it battles adverse election official rulings and a new state law that put a strict time limit on signature gathering.