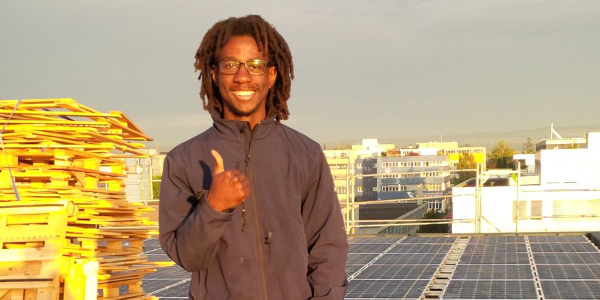 70% of people in Tanzania have no access to electricity at all. George Mtemahanji was one of them growing up. He was even born in a place with no electricity, during the night, and his mother narrates that she had to wait until the morning until she was able to see it. Mtemahanji grew up studying with kerosene, going to sleep at 8pm. All his effort was seemingly worth it, as by the age of 23, he has found the way to solve three major issues for Tasmanian society. First, to give people in need access to electricity, second, to prioritize the poorer areas, and last but not least, to avoid hurting the environment.

In 2003, Metmahanji and his mother moved to Italy, and trained as a technician for renewable energy. He then went to Switzerland to work for some years, in order to save up and go back to Tazmania. In 2014, he managed to do so, and the first thing to do when coming back was to found an enterprise with his friend, Manuel Ronaldo. Τheir business aims at installing solar powering systems, capable of powering entire schools, or even villages. The installations are very cheap and in many cases, they try to find investors, in order to lift even the slightest financial burden off the people in need. However, as Metmahanji finds, disappointingly enough, most investors prefer to work with Westerners or Asians operate in Africa, than with African themselves.