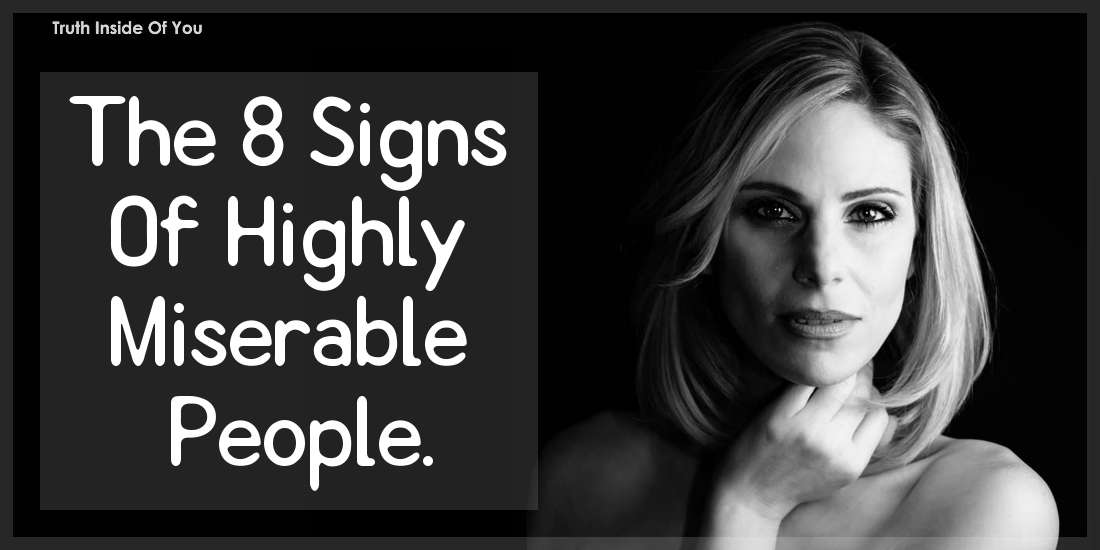 To be honest I think miserable people exist, but it looks like there are not as many as we thought. There are so many reasons why someone can have a miserable and isolating life, however, it is our choice not to change it and act like we are the victims in this situation. There are two categories in my opinion.

Those who pretend they are miserable when in reality they are just haters and call drama out of nowhere and those who really have a difficult time to understand and change their perspective of life.

There are some signs that miserable people do during their life:

They don’t try to see the positive thing, however, they manage to find the worst in everything.

It’s something like a gift (or a curse), they manage to find the bad in any good that comes in their way, in everyone they meet. Even though there’s none.

Because of their belief that their lives suck, they try to distract themselves from reality.

As a result they end up drinking and doing drugs because they believe that’s their only escape. The problem is that they are trying to escape from something that doesn’t exist. Trying to get away from your reality will only make you more miserable.

I believe that the people on this category are jealous of those who are happy.

Basically they would be very satisfied if everyone was feeling like they are feeling.

They don’t trust anyone and they blame others for their situation.

They play the victims and most of the time they blame others, especially their parents for everything they’ve been through.

They have lost their faith and they believe they are powerless.

Maybe those people know something that the miserable person doesn’t. Being miserable is fixable, but only if you believe someone out there has it right – even if you yourself don’t.

They are never thankful for anything.

They can’t show gratitude because this means they see things from a different view and that’s very rare. They prefer to be thankful for what they already have rather than what they don’t have.

They criticize everything because nothing is good enough.

They try very hard to be heard and have the first reason to everything. They believe they are always right and everyone else is wrong.

It’s easy to believe that others are responsible for where we are and to put the blame on everyone else besides ourselves. Let’s be honest. We are used to watch miserable people around us every day and from what I see, they are more accepted that the happy ones. I think that the biggest step we can make to change our miserable life is to challenge ourselves. To stop blame everyone else and face reality. Once we do that life will be much better