Home » Sorry, I am not Charlie… 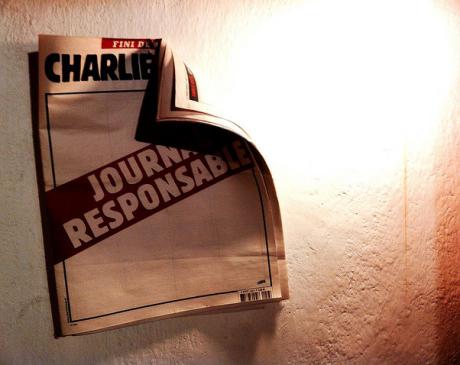 We all heared about the tragic attack of fanatic Muslims at the French satirist magazine Charlie Hebdo in Paris, killing ten journalists and two policemen. Although the three murderers are still at large, and the official motivation hasn’t been established yet, all indications point to Jihadists, probably French-born Muslims who returned from the war in Syria (note the similarities with the terrorist attack at the Jewish Museum in Brussels last year).Today Facebook and Twitter are full of statements like “Je suis Charlie” (I am Charlie) and “we are all Charlie”. Unfortunately, I am not.

The anti-islamic war with US attacking Afghanistan, Pakistan, Iraq. The war on Syria, Libya, Egypt and the Israeli war against the Palestinians. All these anti-Islamic wars took place the last twenty years and now they are responsible for the fact that there are a lot of fanatic extremists Muslims all around the world. Now the system recognizes them as terrorists. And the war on terrorism rises up again. This war that creates only Fear to the people and deaths to innocents. “The system” created terrorism as a fear factor for people to comply with the governments agenda.

They want us to be afraid because this is the way that they control us. With the control being lost we can not understand what is happening or what is going on. We are enslaved. They own us.

This opinion may be bullshit, may be crazy or may be reality. Whatever it is,  we must understand that world politics are just like watching a movie, a movie where politicians are the actors  and we the people are the audience. Every situation that politicians create it’s part of the movie. Some of us may like the movie, also some others would like to become actors too. But there is also some of us that we don’t like movies at all cause we prefer living  in the reality and we prefer not to be either feared either Charlie (If I had to be a Charlie I would prefer being Charlie Chaplin)

Whatever part of the audience you are, don’t be afraid… it’s just a movie.