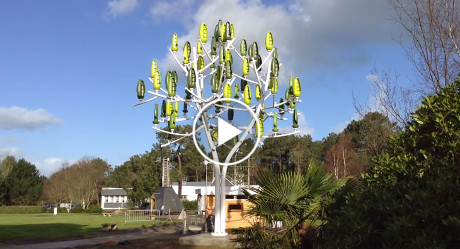 One of the arguments often used against harnessing wind power is the idea that the equipment needed takes up too much space. Also, it is many times difficult to get people to allow these types of large scale projects near their homes.

While these arguments may be frustrating for advocates of clean energy, the positive thing about criticism like this is that it inspires innovation.

In the case of wind power, a company called NewWind is hoping the change the minds of critics by developing a technology that meets their strict demands. 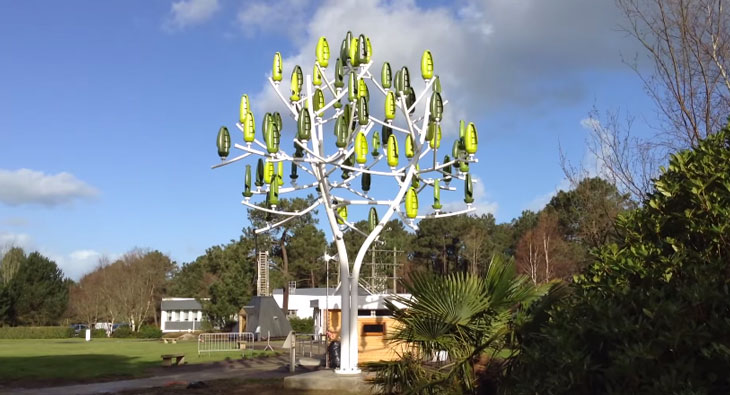 NewWind has created a device called The Wind Tree which promises to harness wind power while having a minimal impact on the local environment. The Wind Tree is small, aesthetically pleasing, silent, and requires very low wind speeds to generate energy. To make the device even more fitting for populated areas, they have been designed to look like trees.

Each Wind Tree has 72 artificial leaves which are actually aerodynamically designed wind turbines.

While The Wind Tree is slower to harness energy than larger wind turbines, it is actually able to generate more energy in the long run because it can operate more often and can catch wind at nearly any force.

By John Vibes, who writes for True Activist and is an author, researcher and investigative journalist who takes a special interest in the counter culture and the drug war.