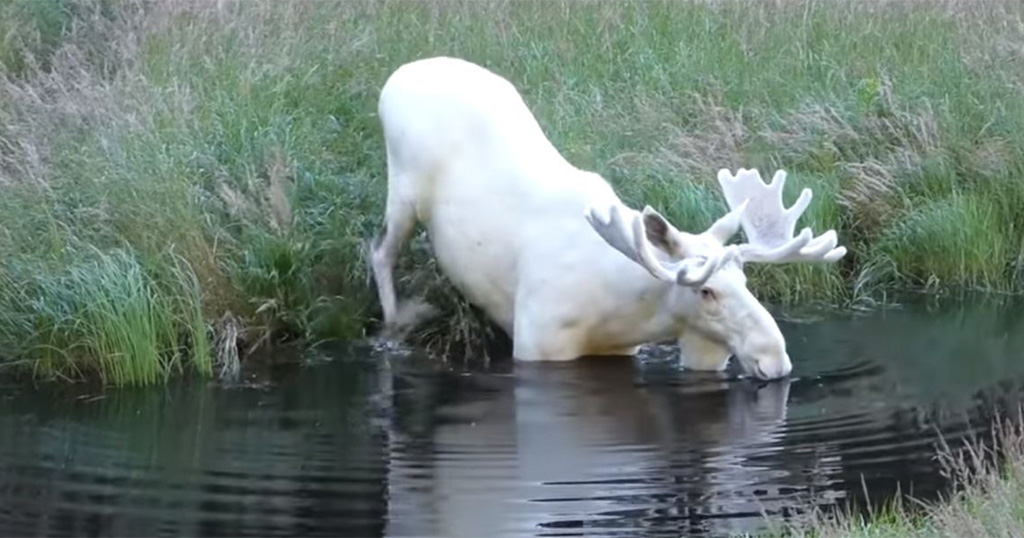 An explorer, searched for three years for signs of a rare species of white moose in Sweden, eventually he found the animal.

Hans Nilson recorded on video the moment he noticed the four-legged creature on the bank of a stream in the western county of Warmland and shared it, making it viral all over the Internet.

The video shows that the animal, one of the 100 in the country, enters the stream clumsily and is wet up to the neck before it passes across the opposite shore.

“You see the moose coming into the water, splashing, climbing across the opposite bank, chewing leaves and then looking straight into the lens,” says Nilson. “It’s a nice feeling to see such a unique animal that people do not mind.”

The video lasts about one and a half minutes and became viral within just a few hours, surpassing one million views as it immediately collected 3,000 comments after posting on Facebook.