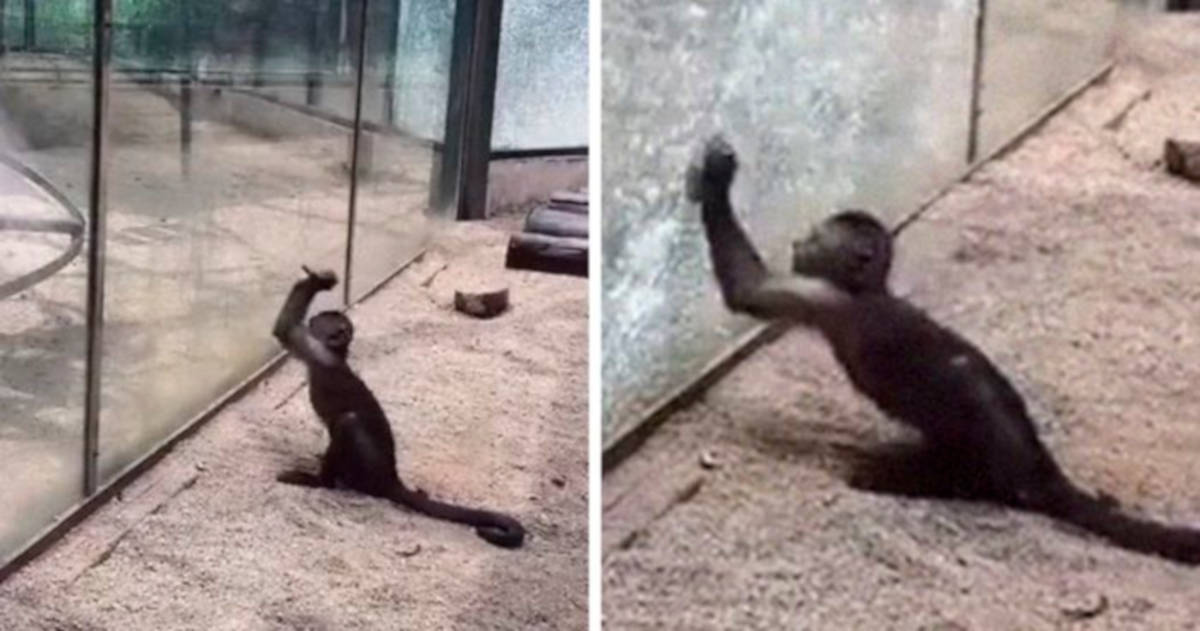 It appears like a scene straight out of Planet of the Apes. The monkeys are breaking out of their enclosures. The next thing they might do is take over the world and put us in the enclosures instead.

We have always known that they are way smarter than previously acknowledged. They have been known to use stones and twigs as tools. But this is perhaps the first time that a monkey has been caught devising a tool to break out of its prison. Given the reach of social media, it isn’t long before the other monkeys catch on. 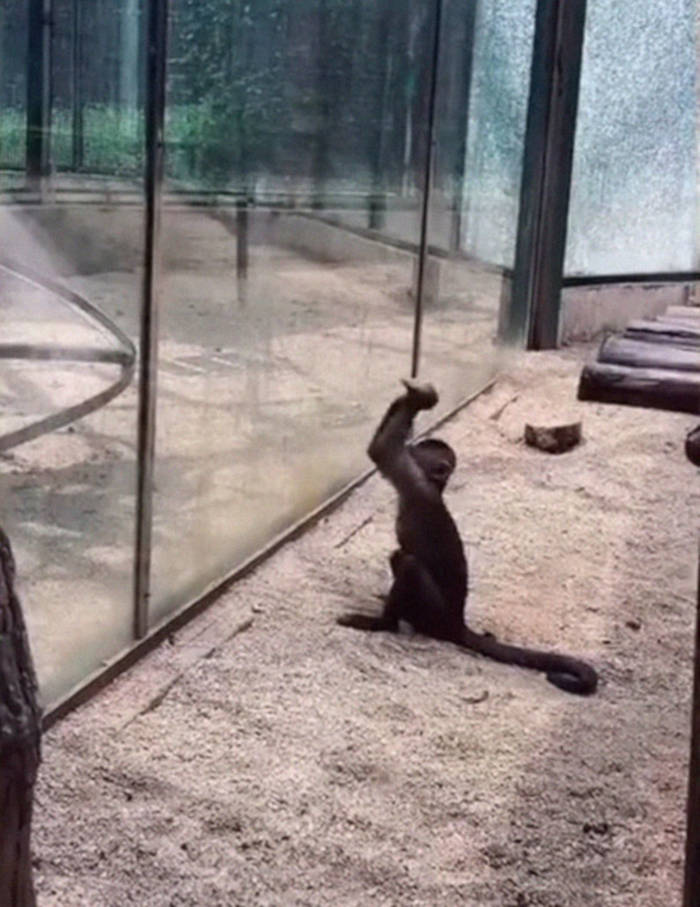 Visitors at the zoo in China were in for an astonishing sight. An adorable little monkey was using a large rock to smash its glass enclosure. But the witnesses to the caper at Zhengzhou Zoo were not the only people stunned. The white-faced Capuchin from Columbia was also startled at the noise of the rock impacting the glass and scampered away yelling. Or was it his way of celebrating the success? 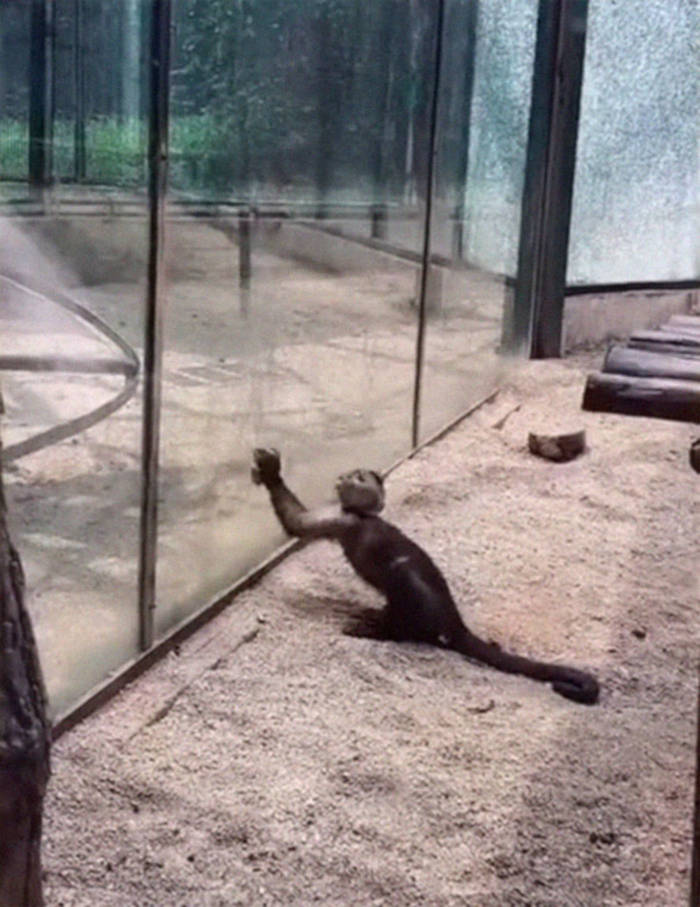 Mr. Wang, a tourist first noticed the cute culprit sharpening the offending rock. It then started to pound on the large glass sheet. It was frightened at the noise of the impact but later returned to the scene of the crime perhaps to admire the results. 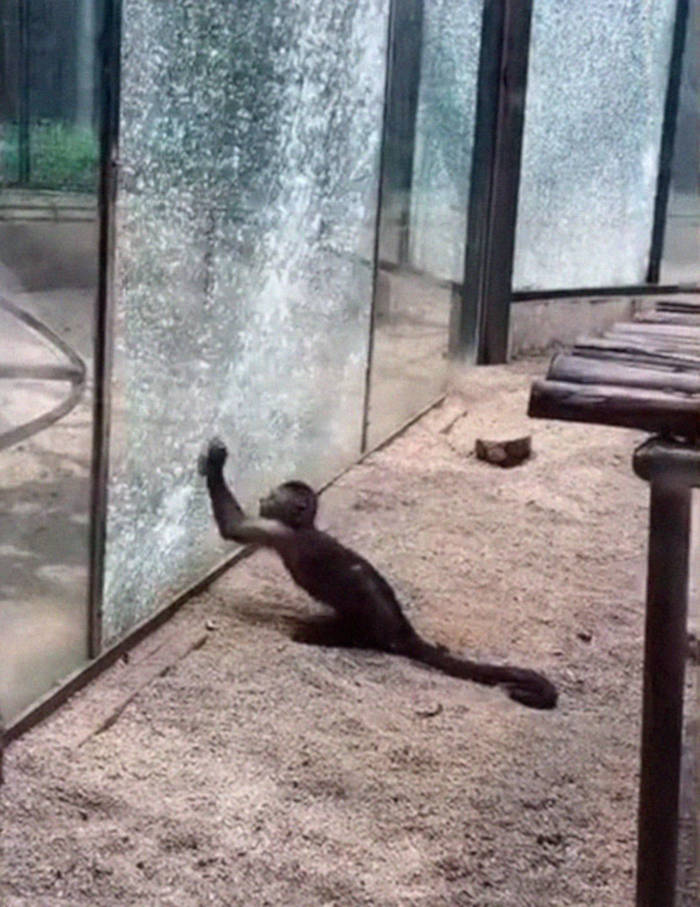 Debate rages on whether the act of the monkey was the result of impulsiveness or a planned attempt at escaping. There is a strong possibility that it was even pretending that it was frightened to hide its other sinister designs. 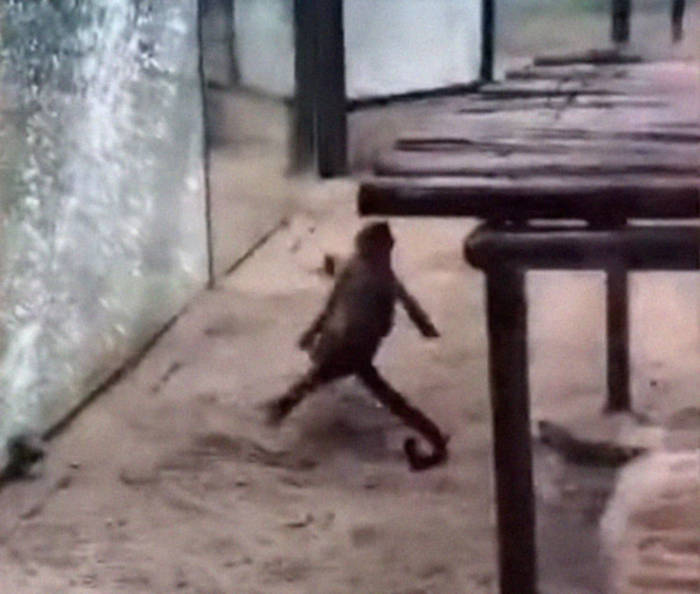 A staff member at the zoo, Tian Shuliao revealed that this capuchin is unique, as it has a working knowledge of using rocks to break open walnuts while other monkeys only bite them. But it was its first shot at a getaway. It shattered the toughened glass but then it didn’t have the time to execute its plan. The zoo authorities have cleared the enclosure of all potential ‘weapons.’

Several birds, animals, and even sea-creatures are adept at using various kinds of tools including birds and sea creatures like the dolphin. Chimpanzees have been known to use tools fashioned out of stones and even fashion spears to be used as weapons. Dolphins use marine sponges to stir the ocean floor looking for prey. Crows are the most adept as they use a variety of tools including twigs and feathers. Sea otters use stones to crack open abalone shells while octopuses make armor from coconut shells.