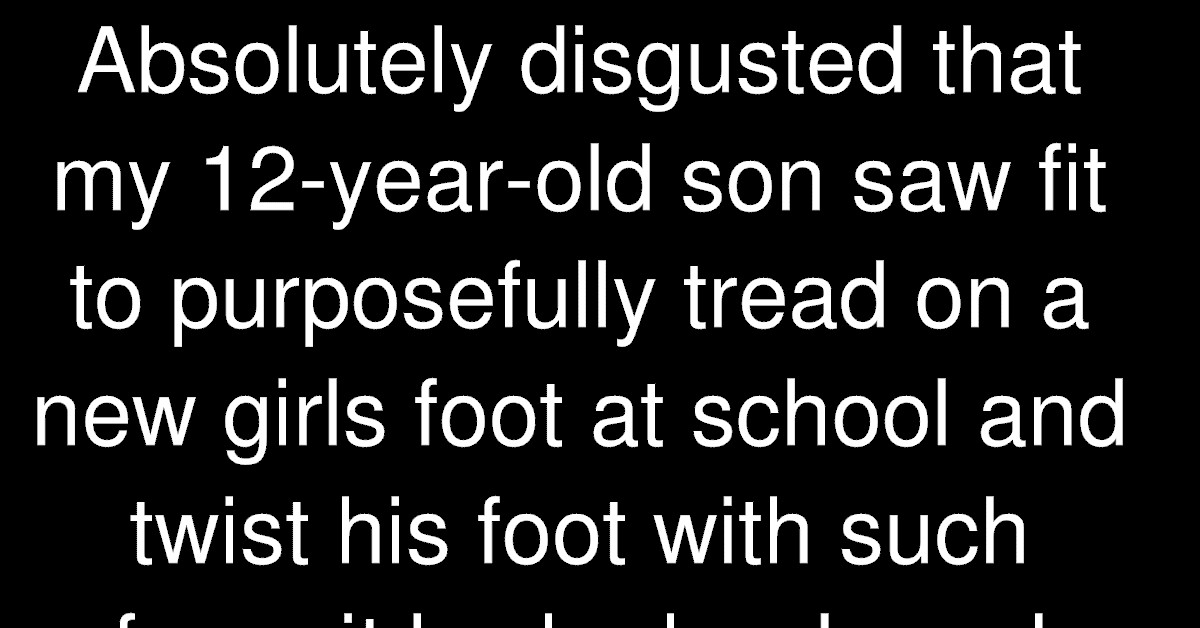 A mother’s Facebook post went viral, as she publicly shamed her son for bullying the new student at his school. Within only a few days, the post was shared over 50,000 times, while it also received thousands of comments.

Mother Records Tearful Video for Son Before Giving Him up for Adoption.

You can read her message below.

Absolutely disgusted that my 12-year-old son saw fit to purposefully tread on a new girls foot at school and twist his foot with such force it broke her brand new shoes (causing the heel) to snap.

I’ll tell you something Jacob if you so much as breath in her or anyone’s direction in a bullying manner I will personally hand you over to their parents for every demeaning chore they see fit for as long as they do… kiss goodbye to your birthday money as you will be buying the girl a new pair of shoes and a bunch of flowers! ‪#‎iwillnothaveabullyinmyhouse‬

Update. To answer a few questions, yes my son can see it, he was tagged in it before it went viral (which I didn’t realize was going to happen) so his friends could see that his actions have consequences, he is not big, clever, hard or funny, he’s a 12-year-old boy answerable to his mum.

11 Things You Must Know About the Terrifying Condition Called Sleep Paralysis.

I don’t much care who doesn’t agree with my parenting style, my son humiliated and embarrassed a girl, regardless of his reasoning (which was he didn’t expect to break the shoe he just thought she may step out of it or stumble) that little girl still cried, for anyone’s knowledge that girl may have left her old school because she was being bullied… then imagine how much worse my son’s ridiculous act would have made her feel.

So my so-called embarrassing him online is a to be quite frankly nothing in comparison to the humiliation that little girl had to face walking around with a broken shoe and red eyes from crying when she is new.

Ps… of course I sat and spoke to him about his behavior, I didn’t just tag him in a post, and he read it! I am wholly confident this was a single occurrence which won’t be repeated.

Some criticized the mother for publicly shaming her son, while others applauded her actions. After her post went viral, she made a follow-up post that responded to the criticism, in which she mentioned: “…I stand wholly by his punishment.”

Do you this mother’s actions were justified? Let us know your thoughts in the comment section.