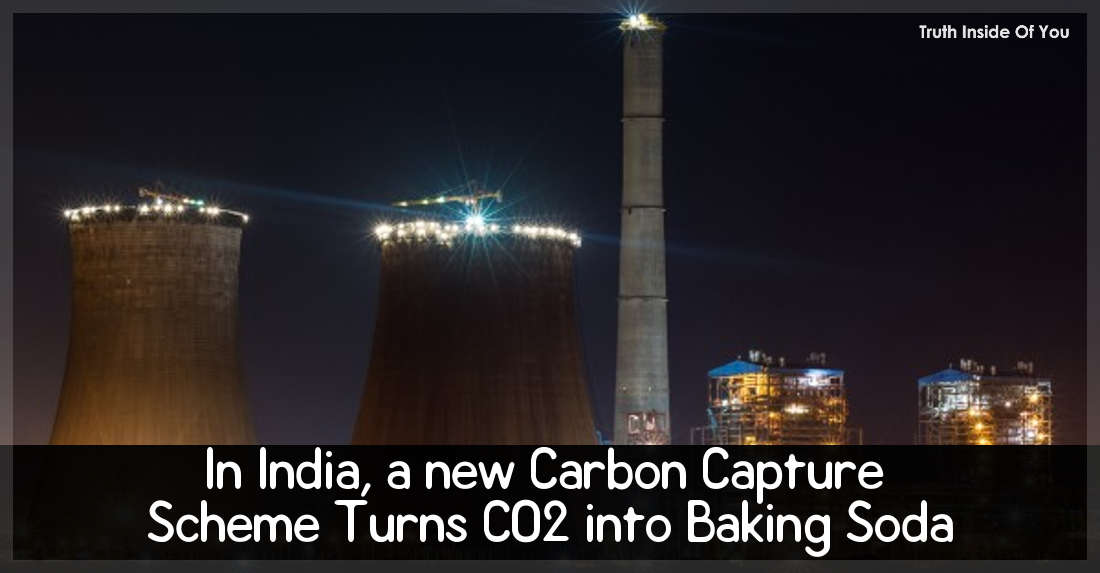 India is the second most polluted country in the world – China being the first. And the situation is getting worse in Delhi, India – where the people are fighting smog like they’re on a battlefield. Statistics and conditions around the world are also getting worse – given the situation of pollution and global warming.

Scientists and experts from around the world are devising different technologies and methods to restore the situation in the world.

Locals from one of the cities in South India – Tuticorin – are safe from getting engulfed by the disgusting risen cake of carbon dioxide. And the reason being – a coal-fired thermal power station in Tuticorin has invented a method to capture carbon dioxide and change it into baking soda.

And they are doing just that!

However, there’s nothing new about such carbon capture technologies and methods. They make use of solvents – like – amine for acquiring carbon dioxide and preventing the escape of the same into the atmosphere. Once the gas is captured, it is stored and used as per the requirement.

As per reports from The Guardian – the system installed in the coal-fired thermal power in Tuticorin makes use of a new proprietary solvent.

The company – Carbon Clean Solutions – developed this new type of solvent, which is said to be more efficient than the others. The new solvents do not need a lot of energy to run. In fact, the apparatus to work with the solvent is also smaller in size – in comparison to others.

The Carbon Dioxide collected in then turned into baking soda. Reports claim that the plant captures 66000 tons of carbon dioxide annually!

GLIMMER OF HOPE FOR THE COAL INDUSTRY?

It sure is a boon for the clean coal industry because of numerous problems in the US alone – from Kemper power plant, which is super expensive and Peabody Energy – have time and again demonstrated that the process of transforming carbon dioxide into baking soda is a challenging and costly task. Well, now the concept is defunct – courtesy the Tuticorin Scheme!