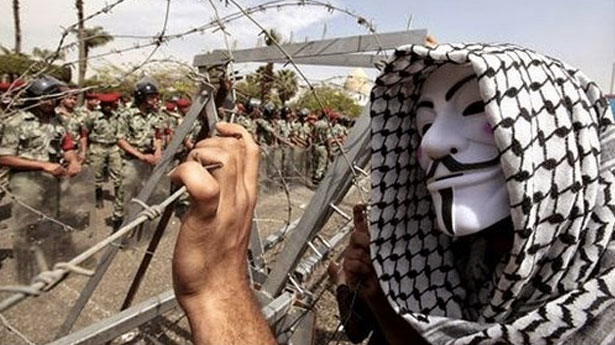 In a startling move that has flown completely under the radar of the mainstream corporate media, some leading Anonymous “hacktivists” have taken down a large number of Israeli government websites.

While “hacktivist” operations or “ops” have been targeting the Israeli government since the beginning of the most recent War on Gaza, this new round has set Anon sights on the Israeli government for an even more focused reason. The massive hack comes in retaliation for various Anonymous social media accounts being shut down for reporting on the deaths of Gazan civilians.

Some of the Israeli government websites hit include the following:

http://www.index.gov.il/ Office of The Prime Minister

http://www.emus.gov.il/ Described to us by Anonymous as “some finance Govt bullshit site.”

http://www.embassies.gov.il/ Embassy of Israel to the United States

http://ecom.gov.il/ Main site of the Israeli’s ministry of Finance

http://www.ecom1.gov.il/ another site of the Israeli ministry of Finance

There were many more, but these seemed to be the hardest hit, and stayed down the longest. Bookmark this page and check back for updates.