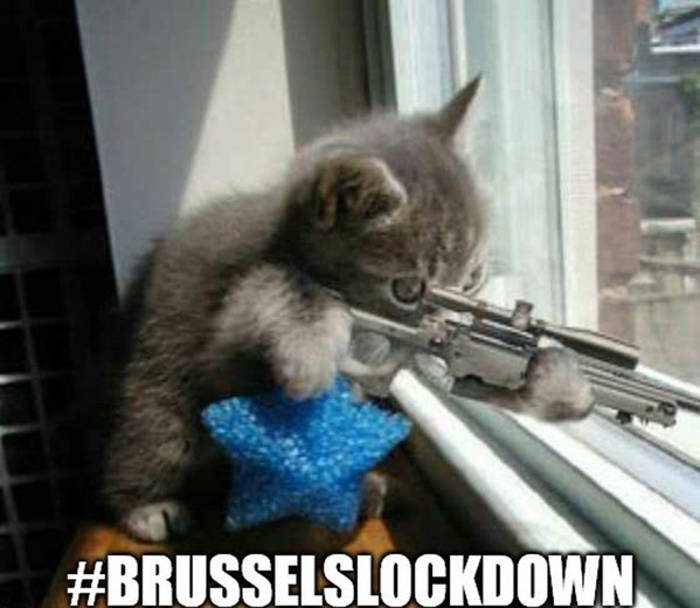 Brussels is under a continuous limitation of the citizens freedom, as police tries to locate a supposed mastermind of the Paris attacks, who poses a threat to other western countries.In Brussels Lockdown, the Internet went crazy.

In this context, represented in social media as #BrusselsLockdown, the police recently asked the public not to post photos of their raids online, or not post about the lockdown in general, as this may help terrorists track down the police’s movements and therefore be able to escape them.

Twitter reacted to this with humour as always. People, following the police’s instructions, started posting instead pictures of kittens, with ironic comments. Twitter in Brussels looked like this, a while after this announcement by the police:

Residents told to stay away from windows. Not sure they got the message #BrusselsLockdown pic.twitter.com/kv3Mosk5mZ