Home » Photos That Show The Difference Between South And North Korea

Essentially speaking, take any two nations and you will find more similarities than differences. For instance, consider them in pairs like China/Japan or Australia/America or Pakistan/India and so on. You’ll see that the differences indeed are only in the outer appearances of the people. However, the South and North Korea exhibit such stark differences as is astonishing to witness. 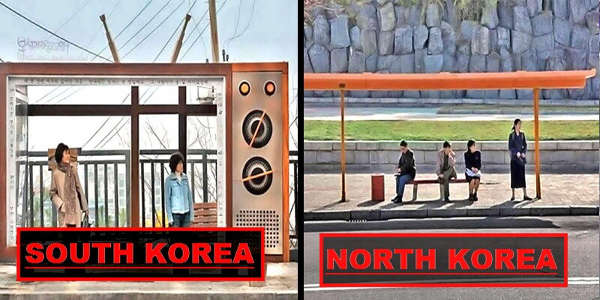 North Korea is known to have a lesser infrastructure in comparison with its Southern neighbour. Moreover, the South Koreans are super innovative when it comes to the development of public infrastructure. 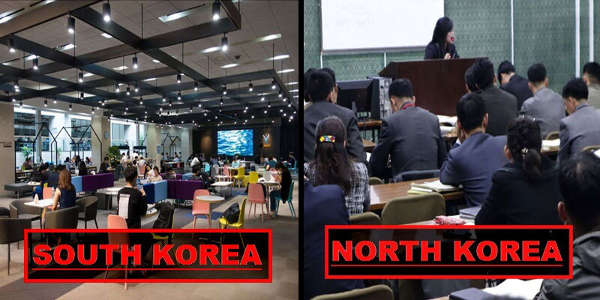 Tightly embracing all the available technologies, South Korea has move way ahead of other nations, whereas, North Korea, with its policy of abstinence from the internet or other technologies, lags far behind. 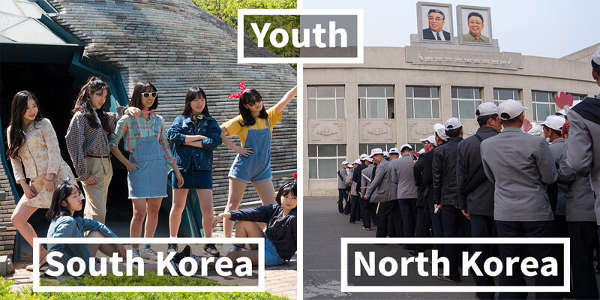 South Korea is rightfully becoming the hub of pop-culture and is home to many of its famous artists. On the other hand, the dictatorial regime of North Korea has proven somewhat detrimental to the enjoyments of the youth therein. 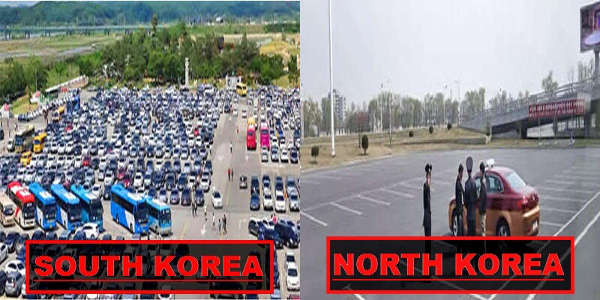 Obviously, the more developed South Korea has a much greater number of cars and proper parking facilities. North Korea, however, has the facility alright, but too fewer cars to use it. 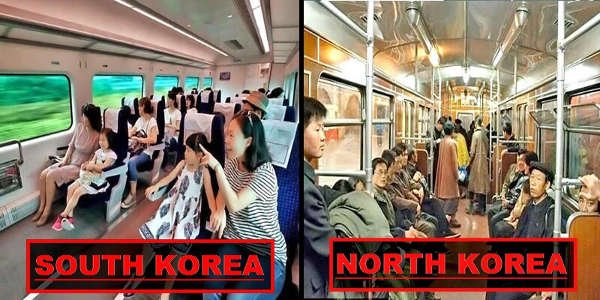 South Korea is travelling on technologically advanced hi-tech trains whereas North Korea still holds on to its old coaches. South Korean trains have all modern amenities while it’s only a dream in North Korea. 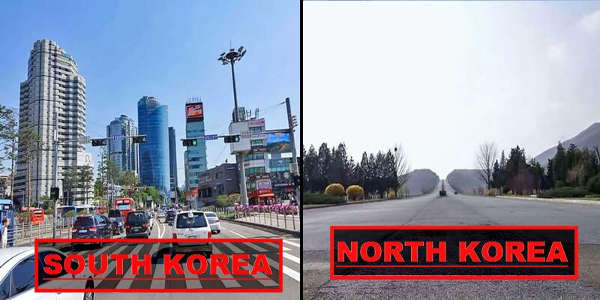 Just like other public infrastructures, the roads of South Korea are well-developed, maintained and complete with an optimized signalling system. North Korea, at the same time, still has those old, country roads, even though they may be paved. 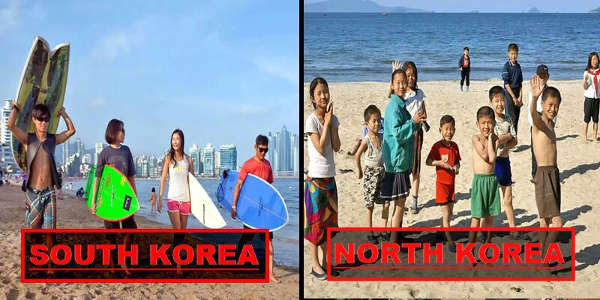 South Korean youngsters are undoubtedly high on life and they have many means to be that way. In comparison, the North Koreans are in a quite miserable state. Even their beaches are filled with only local children playing their childish games. 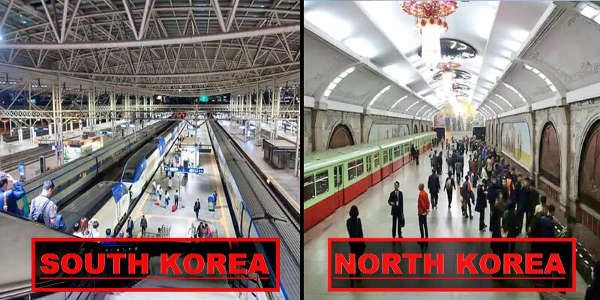 Just take a look at the two railway stations and I would not have to tell you how different they are. The one in North Korea is visibly malnourished and underdeveloped while its Southern counterpart is brimming with judicious use of available technology.

The one thing that these images highlight the most is the massive trench between the degrees of development in the two nations. One has been forward-looking and has achieved laudable heights. The other has, at times, been quite regressive in its approach towards progress. The visible difference in the results needs no further pointing out.