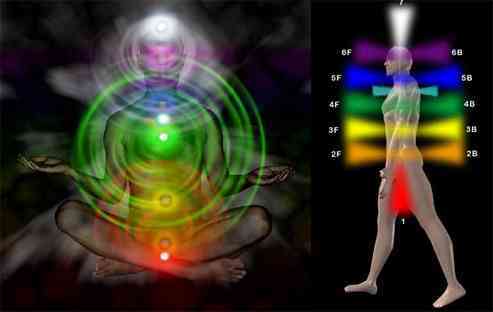 A Russian scientist is trying to convince people they can change the world simply by using their own energy. He claims that thinking in a certain way can have a positive or negative effect on the surrounding environment.

“We are developing the idea that our consciousness is part of the material world and that with our consciousness we can directly influence our world,” said Dr. Konstantin Korotkov, professor of physics at St. Petersburg State Technical University.

To bridge our understanding of the unseen world of energy, scientific experiments are being carried out using a technique called bioelectrophotography. The assumption is that we are constantly emitting energy. Bioelectrophotography aims to capture these energy fields seen as a light around the body — or what some people would call your aura.

Studies at the Princeton Engineering Anomalies Research (PEAR) Laboratory have suggested that the mind has the subtle capacity to influence the output of devices known as Random Event Generators (REGs).

The video below is a very brief synopsis of thePrinceton Engineering Anomalies Research laboratory of Princeton University, whose research into mind-matter interaction forms the foundation of Psyleron Technology. Watch interviews with key PEAR lab staff, as they explain their experiments, including random event generators, their findings, and finally some of their implications. The PEAR Proposition is an 8-hour DVD set detailing the PEAR laboratory and its discoveries.

“Every word you utter to another human being has an effect, but you don’t know it. If people begin to understand that change comes about as a result of a million tiny acts that seem totally insignificant, well then, they wouldn’t hesitate to take those tiny acts.” –Howard Zinn