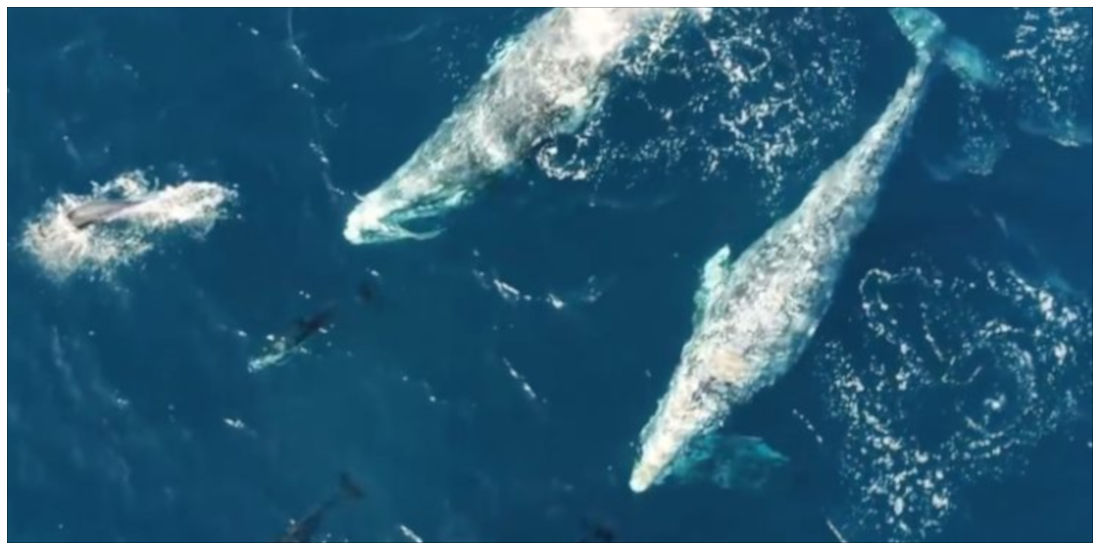 Are we the only mammals on Earth that can engage in friendly interactions with other species? It’s a difficult question to answer. Generally, when we open National Geographic or Animal Planet, we see predators and preys in a pursuit – probably the only interaction two different species have with one another. There are moments when a dog and a cat may become friends, but that is rare and they are not technically regular. 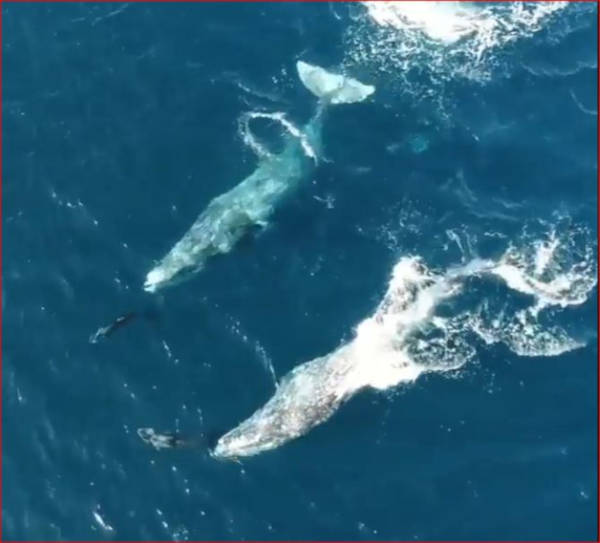 But if you are ever put in the ocean, you might see a whole new world. A drone has captured such footage that it has mesmerized the whole world. The footage shows two humpback whales playing with a mother dolphin and her child. The huge whales are just gliding and sliding around the mother and child, trying out their favorite games.  We can’t really tell what the game is but it appears to be a special sea-animal tag. And they love it!

It almost seems unlikely that such a huge mammal would have any relationship with a tiny dolphin. In the footage itself, the dolphins are so tiny that they are difficult to spot at first. But then, strength or size doesn’t really matter in friendships. It’s the ‘heart’ and the ‘will’ that forges such a bond. Surprisingly, this inter-species relationship is not a coincidence. It turns out that dolphins and whales do share a friendly and playful relationship with one another.

For example, another video circulating on the internet showed a huge whale playing with a pod of dolphins off the coast of Western Australia. While watching the video, it might seem that the Dolphins are trying to escape, but watch closely. When the dolphins are rolling on their bellies near the whale, it’s just a playful gesture. 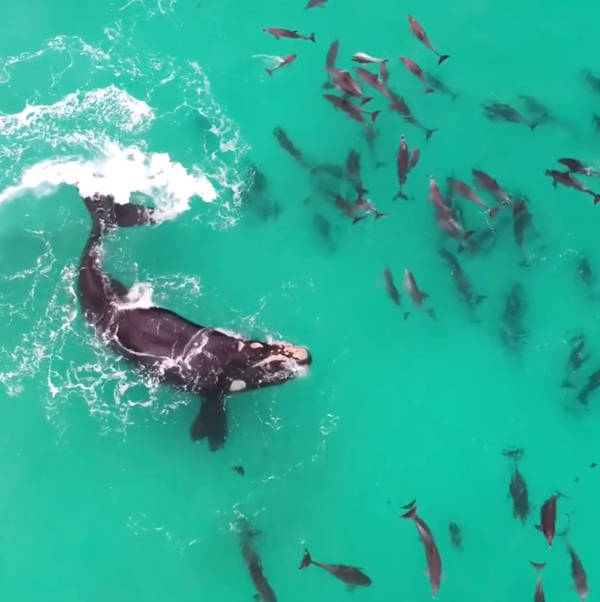 Southern right whales generally travel for about thousands of kilometers every year migrating from freezing waters of Antarctica to the warm and comfortable Australian coast. This one decided to take a brief stop to watch the dolphins. However, it isn’t just watching them. The whale also enters the pod, sprouts jets of water, and tries to do a belly roll. Maybe, both the species are in their teens and wants to explore an unlikely friendship. It’s really mesmerizing to see how both these species try to build a relationship with such small gestures and heartwarming games. 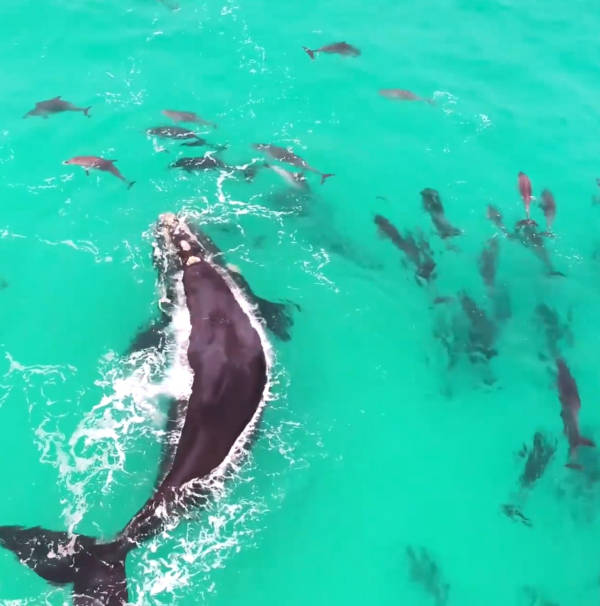 Isn’t it just amazing to see how animals from different species can be such good friends? These videos just show that in the world of nature, there are no enemies. While necessity may make one animal a predator and another a prey – in general, nature has placed a wonderful balance too. And the balance is that of love and friendship. Thanks to these videos, we are able to dive into the world of marine animals and spot the wonderful relationships they have with one another. It’s magical out there.

Animals can teach us a lot about friendship and unconditional love. They show us how we need to open our minds to other perspectives and respect one another. After all, it doesn’t take much effort to extend a hand of friendship.