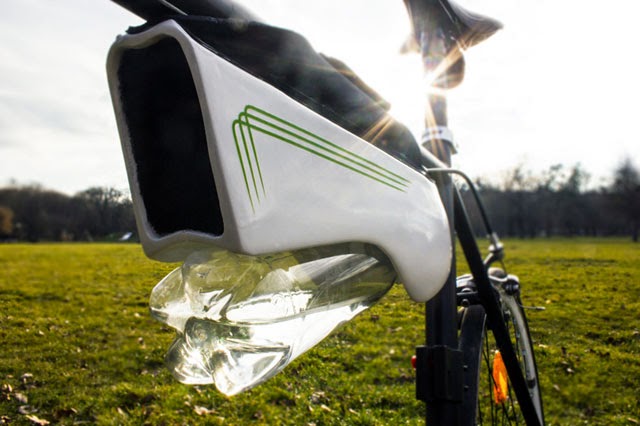 Forget constantly stopping to refill your water bottle on long bike rides. This designer has come up with a new way to quench your thirst on the go.

Kristof Retezár, a student at the University of Applied Arts in Vienna, Austria, has invented a little thing called Fontus, which he calls a “self-filling water bottle for your bicycle.”

According to Retezár, “This device collects the moisture contained in the air, condenses it and stores it as safe drinking water.” It’s powered by solar energy and can yield up to half a liter of water per hour if you’re riding in the right amount of sunlight. 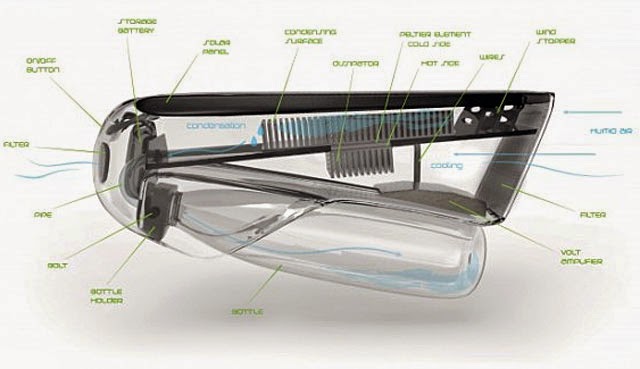 Retezár says he was motivated by the idea of bringing clean drinking water to those who have little or no access to it and must rely on bicycles as a primary source of transportation, The revolutionary idea is in the running for a James Dyson award.