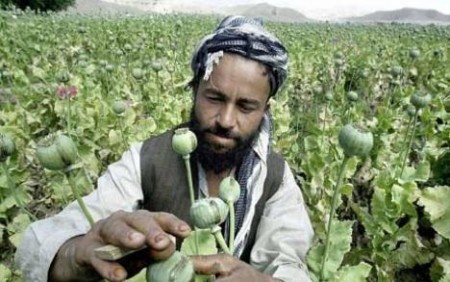 Afghan Heroin: The Lost War is a documentary which investigates how the war on terror in Afghanistan has unleashed heroin into the mainstream.

Heroin is one of the most addictive drugs on Earth. Some 90 per cent of the drug is grown in Afghanistan and this hard hitting documentary investigates how the War on Terror has inadvertently unleashed a massive supply of the deadly drug.
After the Western coalition troops started their hunt for terrorist Osama Bin Laden and his Taliban allies in late 2001, the country torn apart from decades of war once more became the world’s opium growing capital.
Many impoverished farmers had no choice but to grow the opium poppy to feed their families.
The documentary delve into the devastating effects of addiction that includes shocking scenes of a young Norwegian couple hustling, scoring and shooting up several times a day in order to appease the monster inside them.