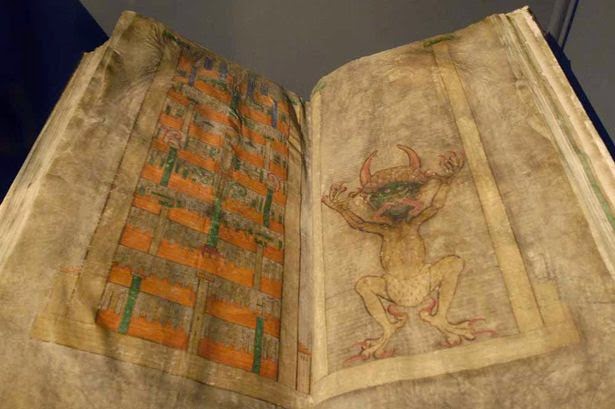 Mystery surrounds the origins of the malevolent tome, which, according to legend, is formed from the skin of 160 animals.

These incredible pictures show the massive ‘Devil’s Bible’ – which some say Satan himself helped to create using his unearthly powers.

The Codex Gigas is the largest surviving medieval manuscript in the world, at nearly nine inches thick and 36 inches tall.

Mystery surrounds the origins of the malevolent tome, which, according to legend, is formed from the skin of 160 animals.

But the most disturbing aspect of the book is the horrifying full-page picture of the devil.

The codex is believed to have been created by Herman the Recluse in the Benedictine monastery of Podlažice near Chrudim in the Czech Republic. 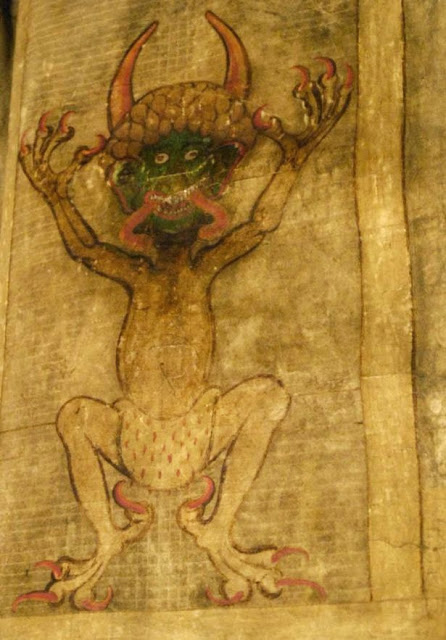 According to one legend, the monk broke his monastic vows and was sentenced to be walled up alive.

But to escape this horrific fate, he promised to write a book containing all human knowledge in just one night.

As midnight loomed the optimistic holy man realised he’d perhaps overestimated his speed writing skills, so prayed to the fallen angel Lucifer and promised his soul in exchange for the Dark Lord’s power to complete the book. 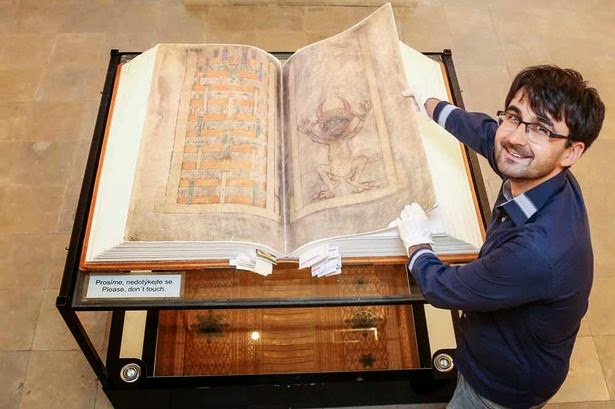 The devil, as he often does in these situations, agreed and in gratitude the monk added the devil’s picture.

The sinister book is now housed within the National Library of Sweden in Stockholm.

A study found that the writing alone would have taken five years non-stop – but handwriting analysis shows it was done by a single man.