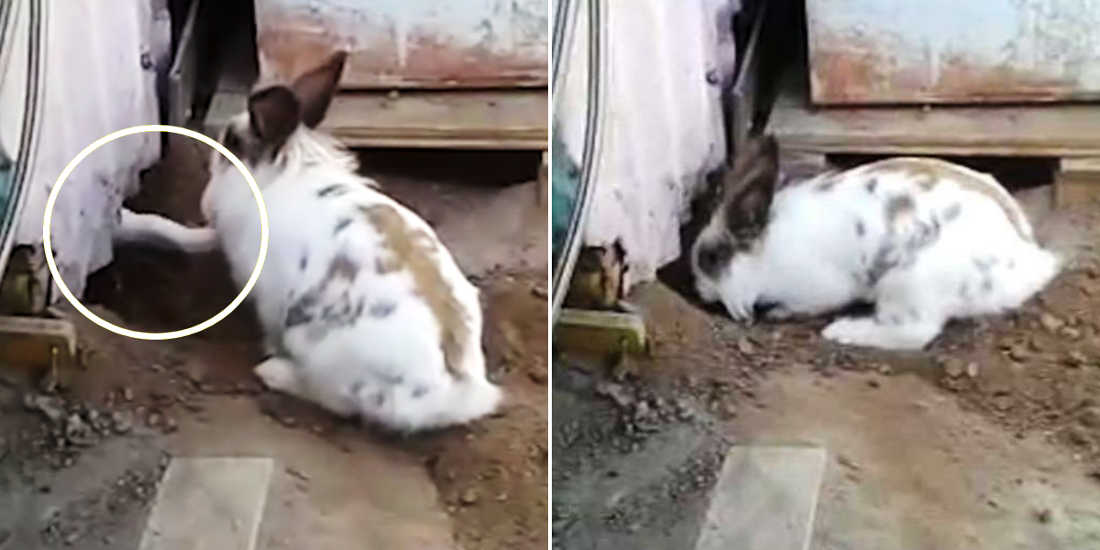 Life in any form can be really tough. At least, being the apex predator helps, even if it means living in a dead gig-economy that wrings your dreams dry and kills all your friendships and relationships: simply because you get so used to competition that you refuse to live for anyone other than yourself.

Darwin would have died a worse death today if he saw just how deeply mankind has adopted his adage: “Survival of the fittest”.

It is like men have just let go of their humanity nowadays; be it climate change or wars or simple poverty, the apathy in the common man is just appalling, to say the least.

But man has the capacity to learn from all sources, I still believe. It is no surprise that the earliest of morality books were animal fables. Maybe that is the case with man, he needs something not-human to do what was human, to understand what he must live up to.

Hoping that is the case, we might have something that will make you go “aww” and make you think about your own humanity for some time.

Animals often end up showing a lot more kindness than we do, to other animals. This is evidenced by the number of viral videos that users have uploaded all over social media in recent years, of their pets doing things even we wouldn’t if we were in a similar circumstance.

One of the more famous ones was Charlie the dog, who waited till his human mom helped a tiny fawn get freed after it got stuck in their fence. Highlight: there was a huge storm brewing but it didn’t perturb Charlie at all.

Recently, another such video has been making the rounds of social media. It too has an unlikely pair: a cat and a bunny rabbit that have an amazing friendship. 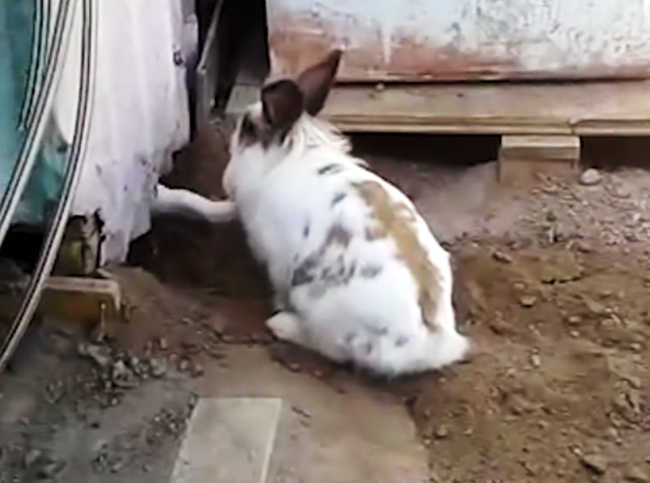 The thing happened in Spain, where a cat named Pelu had gotten trapped in a construction site. Now cats belong to a very special class of animals who have evolved being prey and predator both. As a result, despite their calm nature, they get very agitated whenever confronted with a stressful situation.

This too was no cakewalk for Pelu.

As he was trying his best to get out, his friend, an unlikely one at that, a rabbit named Chasky saw his plight and got to work. 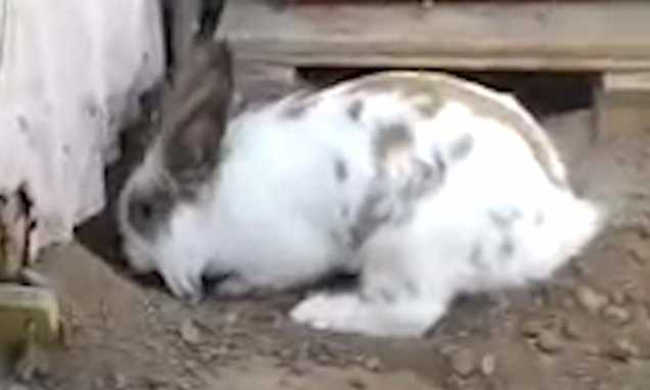 Forgive our Aesop’s fables kind of tone, but hear us out. This bunny was no ordinary bunny. It figured out for itself that building a tunnel would work fine and the cat would be able to squeeze itself out.

And that is what he did, using his paws. He dug a tunnel from under the wall that separated them and helped Pelu squeeze out. After, Chasky was seen resting as Pelu came by to thank his savior.

The lesson is pretty clear here too: cooperation wins the day and a thank you is a long way to go when it comes to valuing friendships. 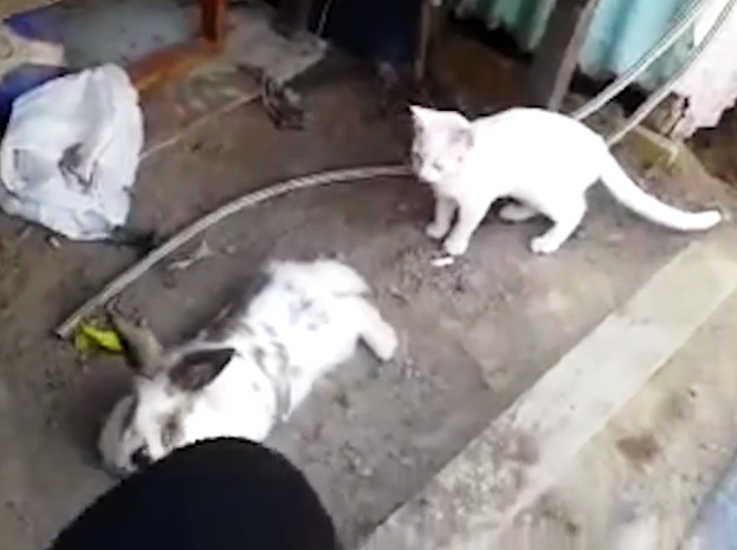 So learn from the duo; always put forward a helping hand to those in need and never forget to thank the hand that pulled you out of trouble.