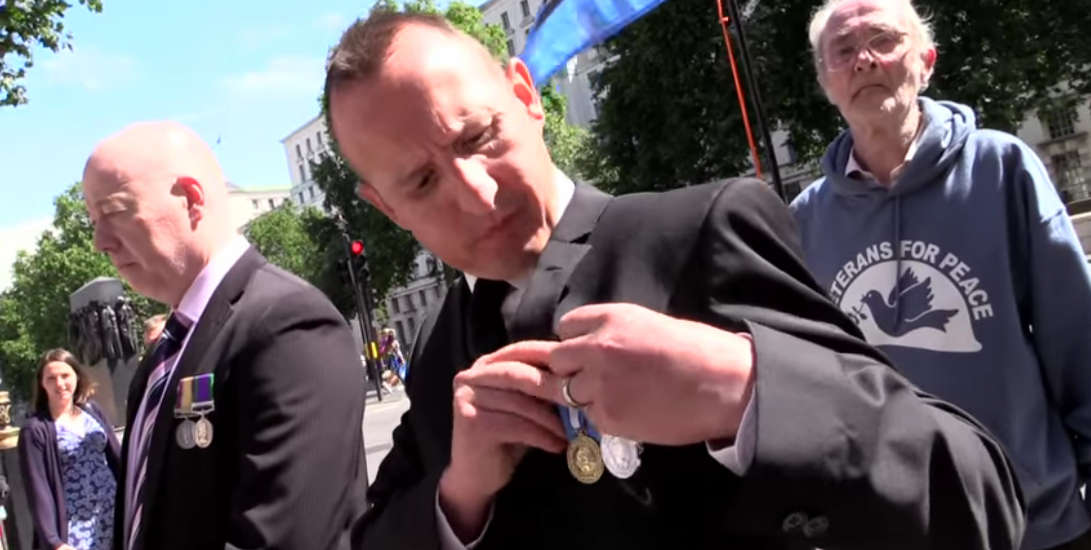 Veterans For Peace UK staged an important protest which has been entirely ignored by the mainstream media.

Just two days before Remembrance Sunday – that time of year when the British press savagely attack anyone who doesn’t look like they are showing respect for the troops – three ex-soldiers who are now self-proclaimed pacifists threw down their medals outside the Prime Minister’s residence. Their powerful and honest words spoke directly to other soldiers’ hearts.

“These are the medals given to me for the sick dichotomy of keeping the peace and waging war. They are trinkets, pseudo payments. But really all they represent is the self-interest of those in there, who hold power.”

The three veterans then walked away from Downing Street leaving the oaths, berets and medals lying scattered on the floor. The actions of these brave men has been met with venom by the media. They have been insulted and called ‘scum’ for rejecting war and militarism.

But are they? People who’ve been there in the midst of war, who have seen the horrors and the real terror, people who were told to kill women and children for profit masked as ‘peace protection’ confess what they did and say no longer support this, and they are called ‘scum’? If that’s what being a “scum” is than I would really like for the whole world to be ‘scum’ right now.