People all around are blessed with talents that often go unrecognized because of some unfortunate situations. On the other hand, there are people who judge things based on a first impression. One such case of initial rejection to recognition is the work of street artist My Dog Sighs.

The artist hails from England and has been painting since he was a little kid. Having discovered his proficiency in art, he believed that he could go on to become an artist. He took up painting as a profession later on. He had started his journey by giving away his pieces for free because of the innumerable rejection he faced from several art galleries. It wasn’t before he witnessed a wall spray painting that inspired him to the core to make street paintings. He has now become a new sensation in the field of contemporary art when his paintings have gained recognition throughout the United Kingdom. He has secured worldwide fan-club of his own that extends up to Japan and Israel. His paintings are now sold in exhibitions.

The central theme of his work is melancholy and a naive understanding of perceptions. His paintings are often a narrative of untold stories that resonates the sense of loss or rootlessness.

Due to the exorbitantly high prices of the canvas and other generic painting tools, he took recourse to the use of old tin cans and rejected objects that were no longer used by people. This not only saved him from spending incessantly, but also helped him experiment more with his art.

1. Some of his best paintings include the eye that looks exactly like a human eye, painted on a wall. 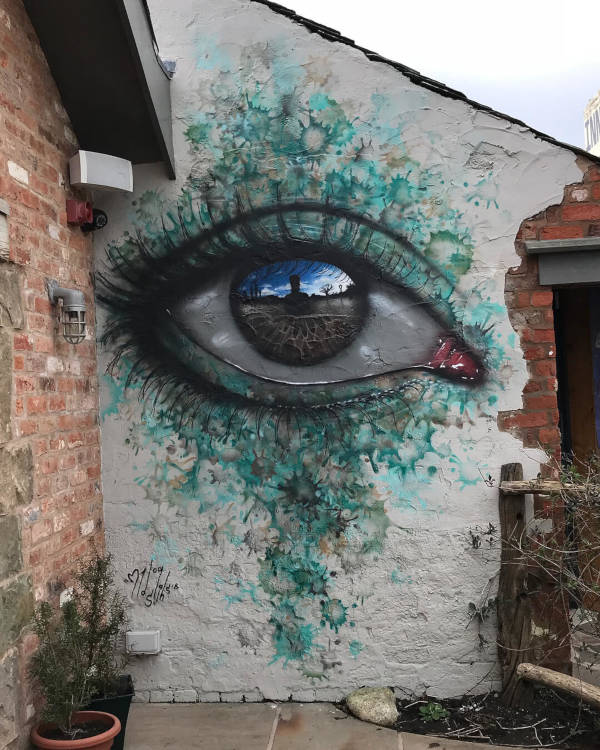 2. Another work within the category of the eye is that of a cat’s eye in the shape of human eyes. 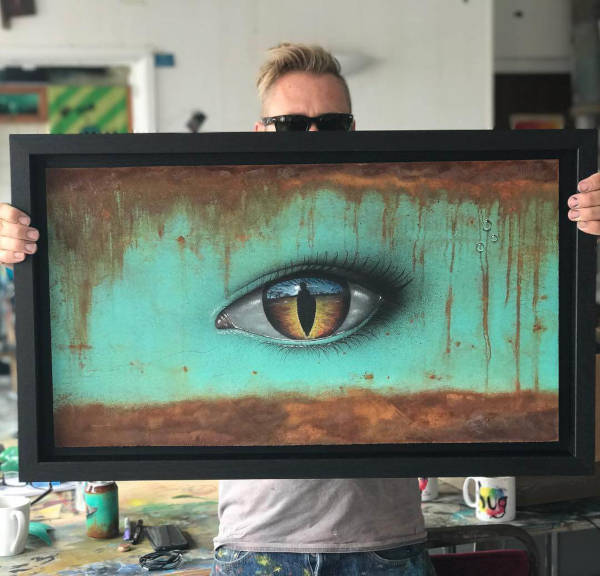 3. Other paintings include the various facial expressions drawn on the back of cans, reflective of the several moods one goes through on a daily basis. 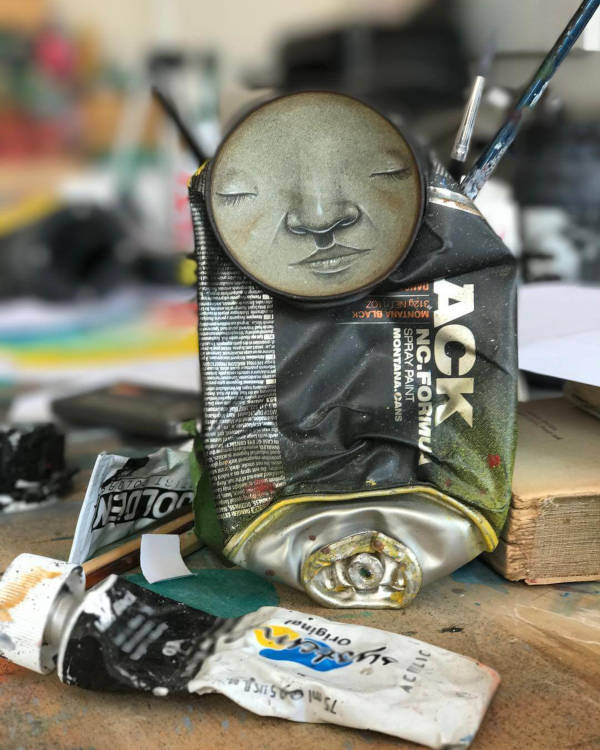 4. This photo has faces pictured that of closed eyes, reflecting a sense of peace and tranquility. 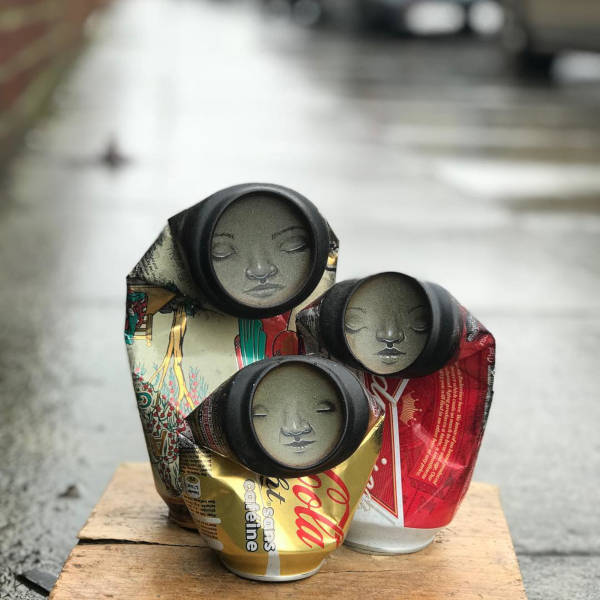 5. The other picture is that of a coin with the face of Queen Elizabeth that has a black spot. 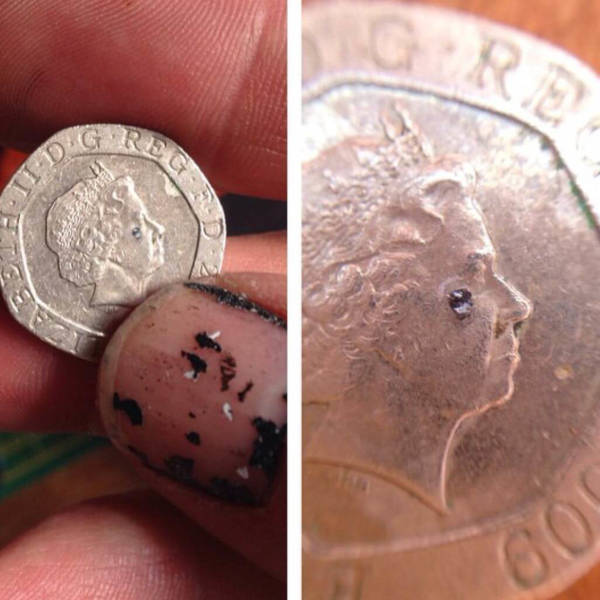 6. This picture is similar to the ones mentioned. A face that portrays agony or rather, pain to be precise. 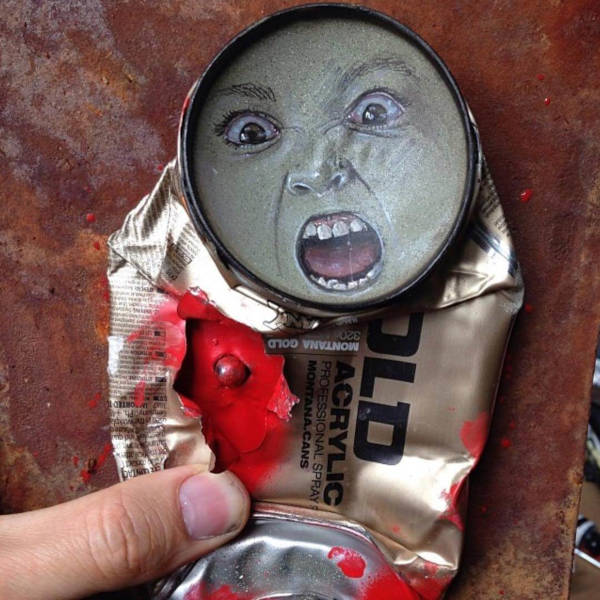 7. The other painting is simply an open mouth that shows a form of screaming. 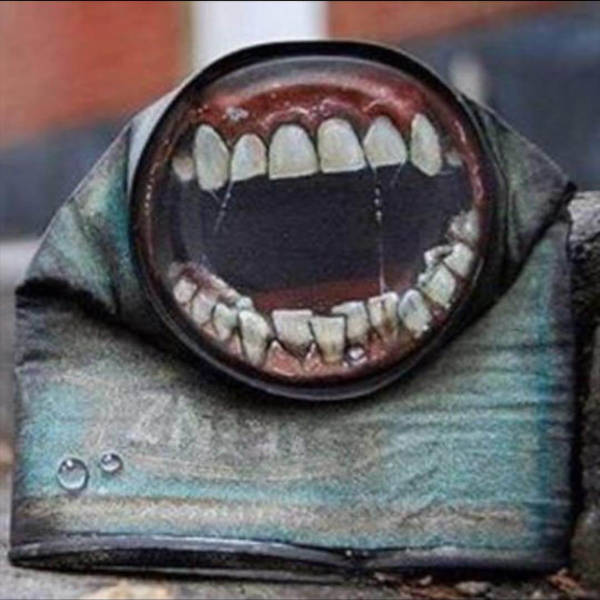 8. Another picture shows the painted face of a woman presumably with eyes, forehead, and nose decorated while the lips stitched. 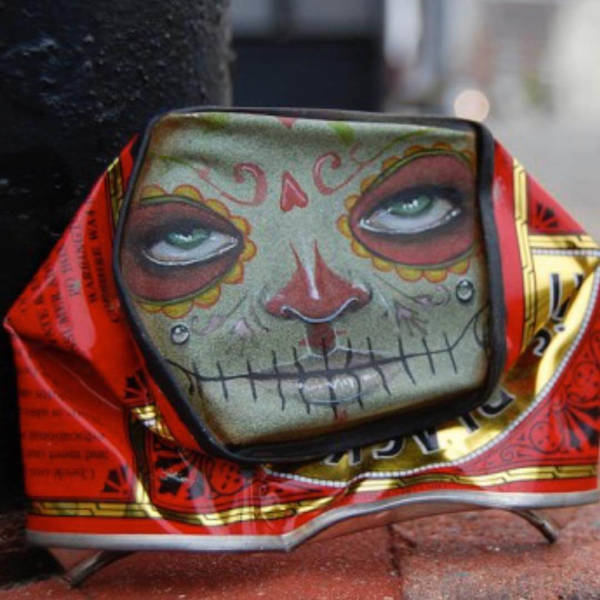 9. This picture is kind of ghastly where the focus is largely on the eyes. Eyes that have no cornea and the dark retina covers the whole of it. 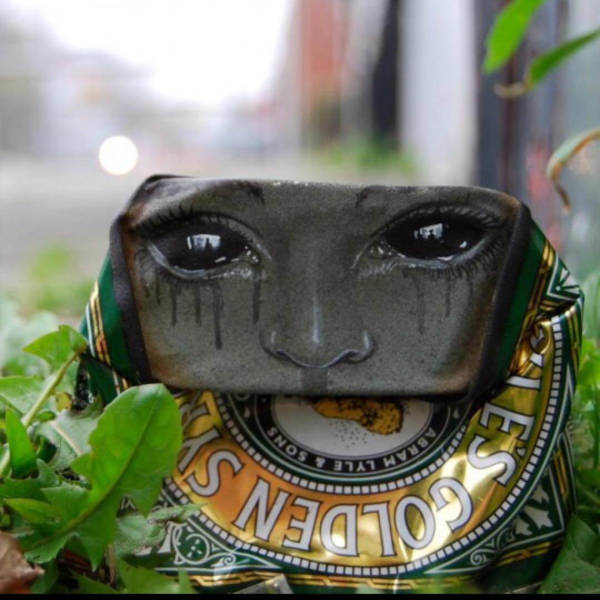 10. The other painting is that of a woman’s bandage covered face with only one of the eyes, visible. 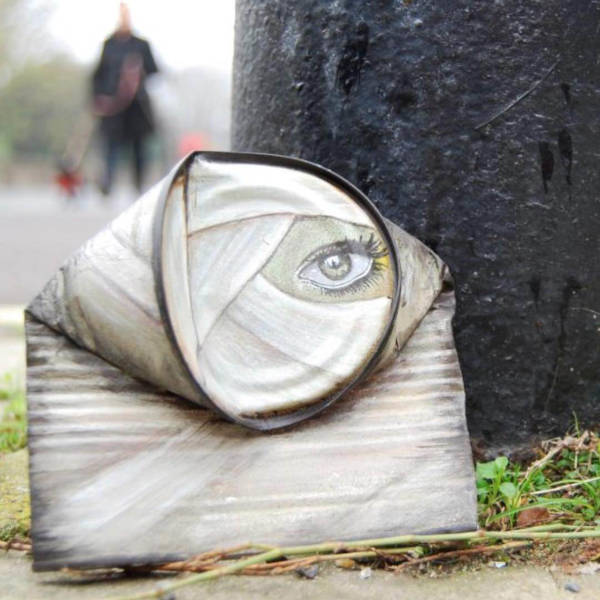 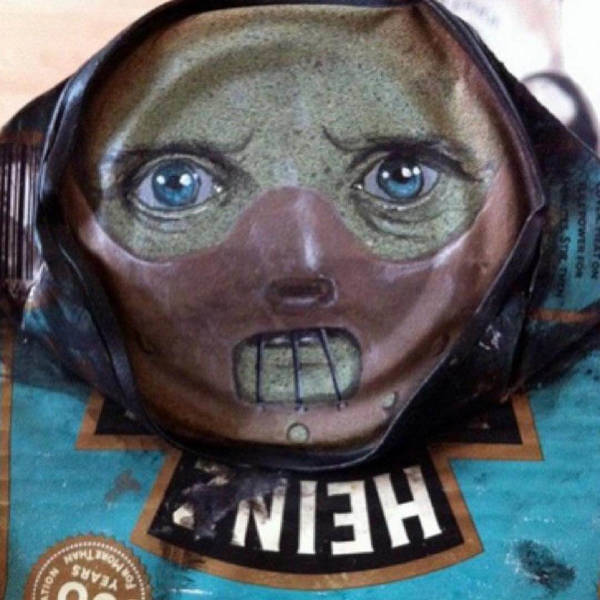 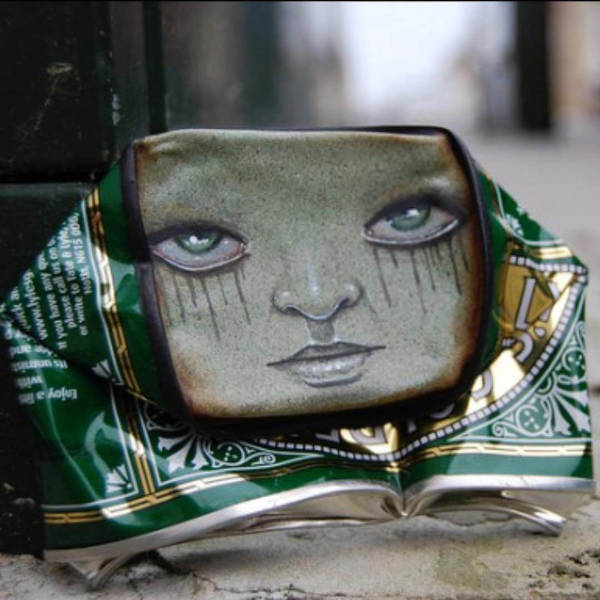 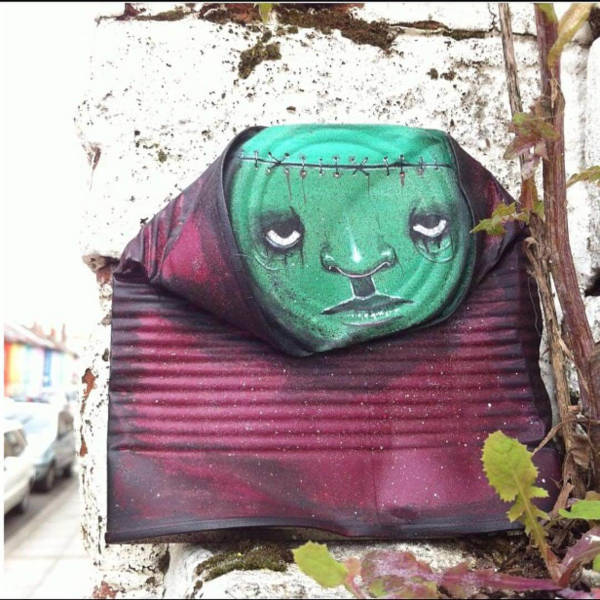 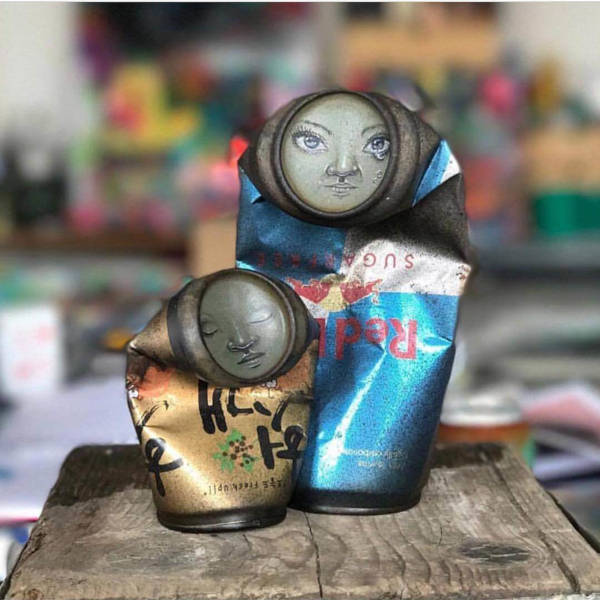 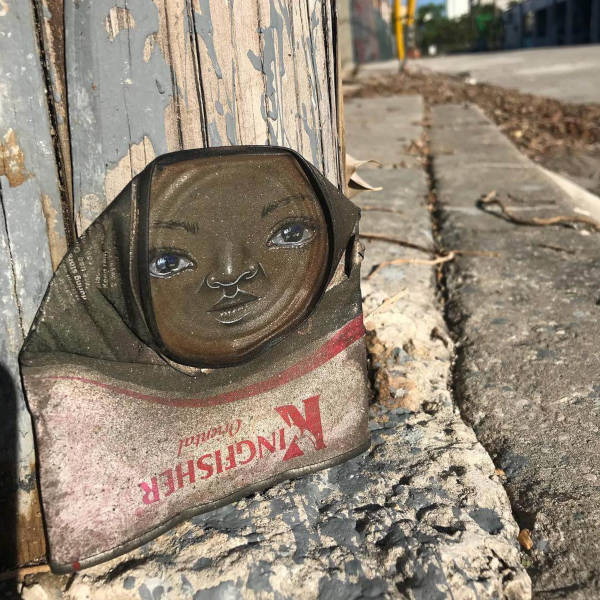 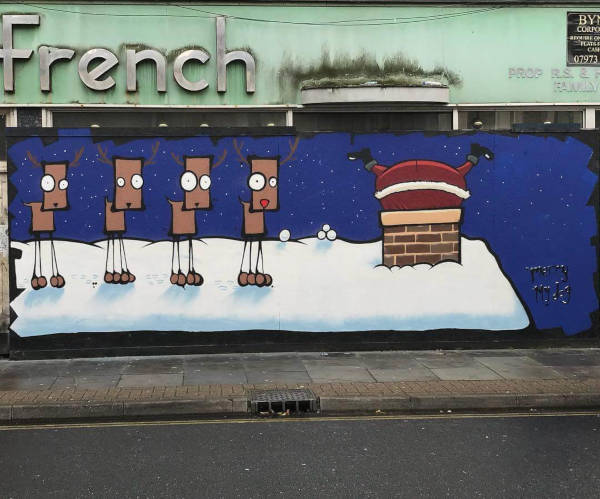 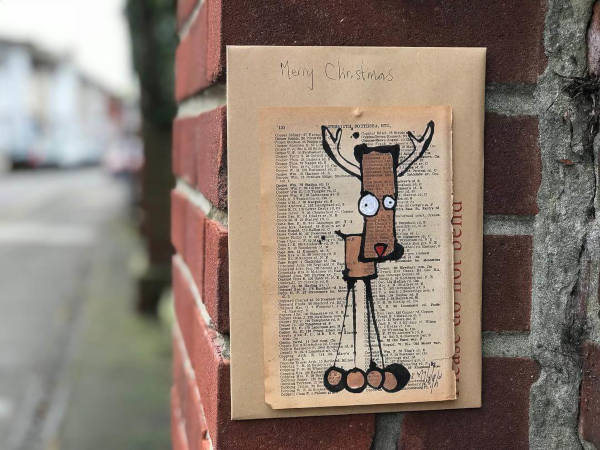 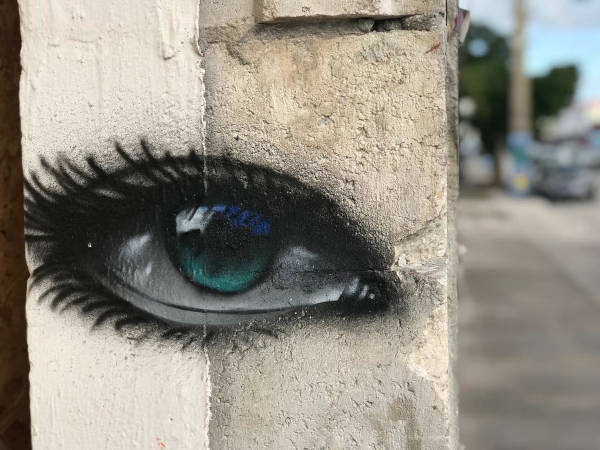 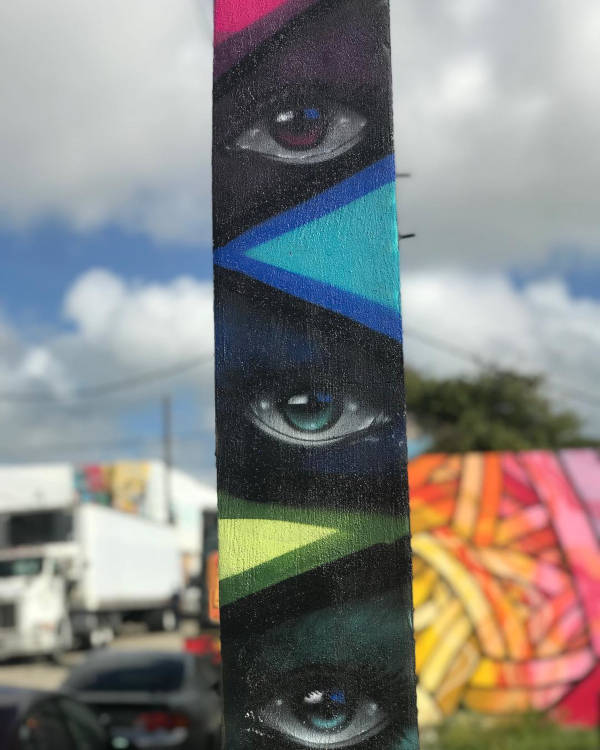 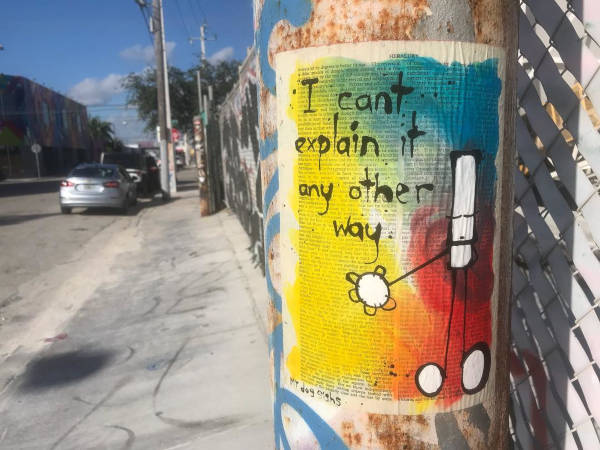 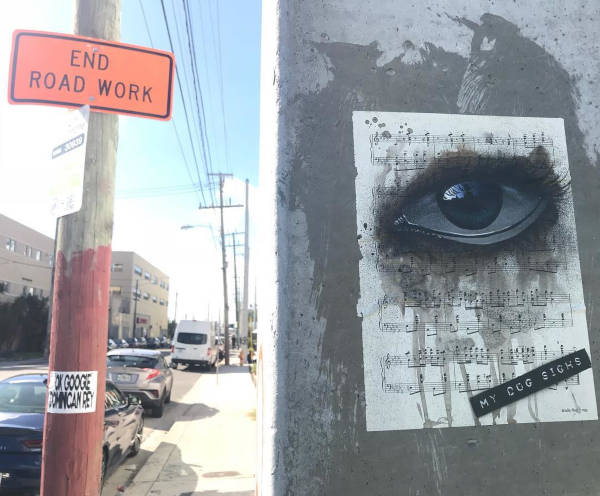 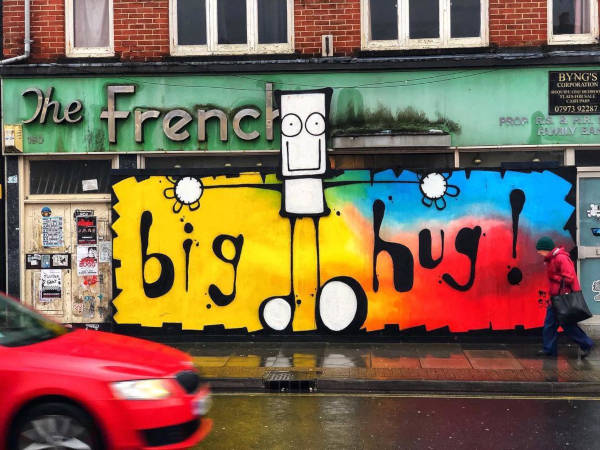 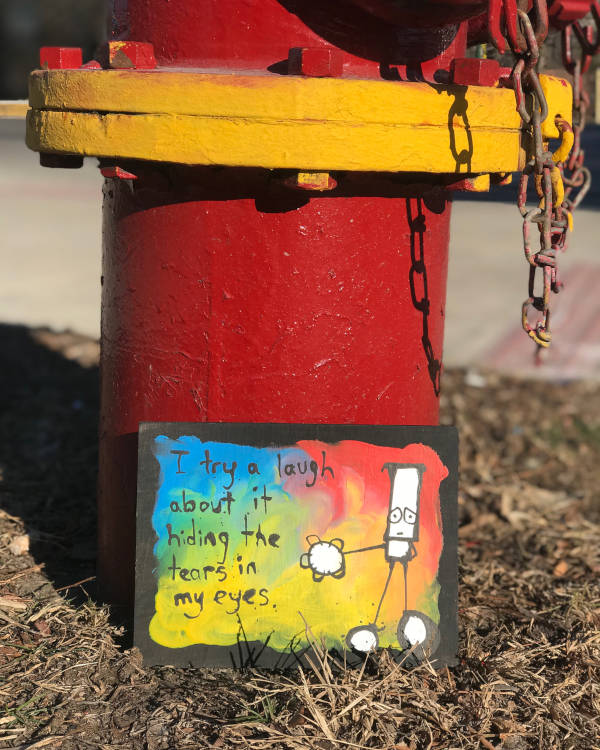 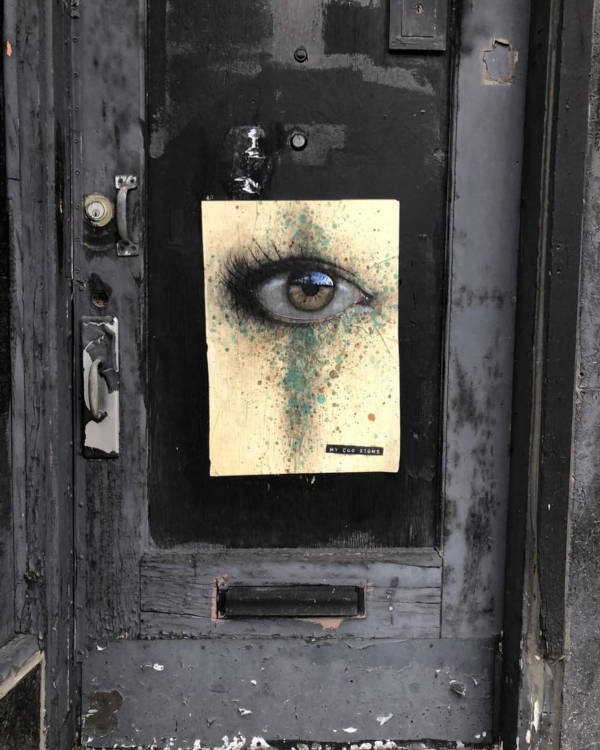 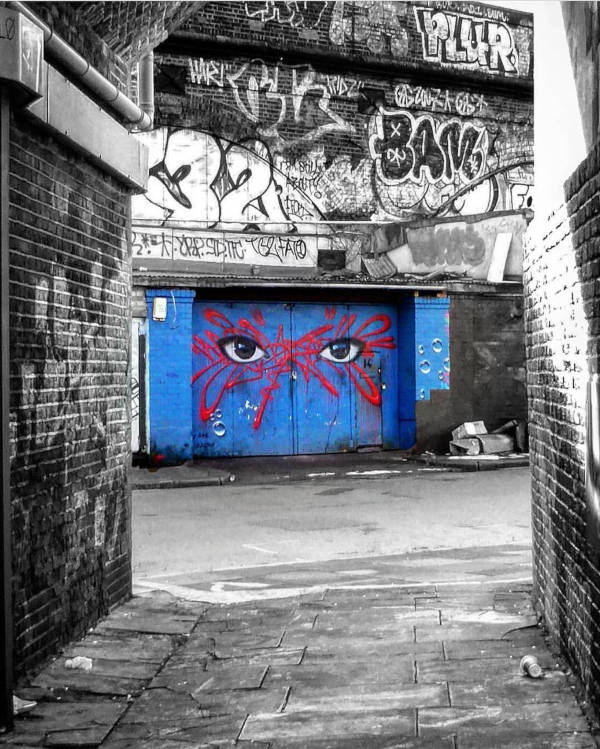 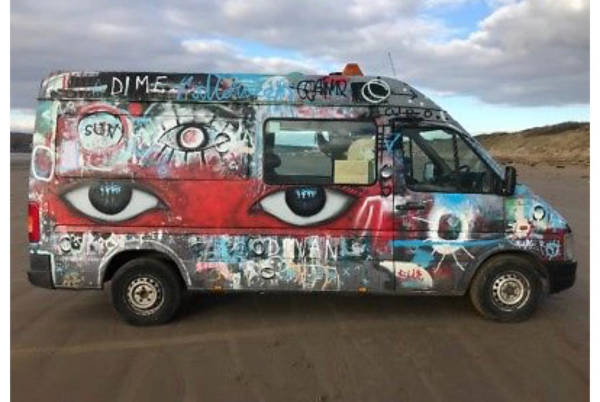 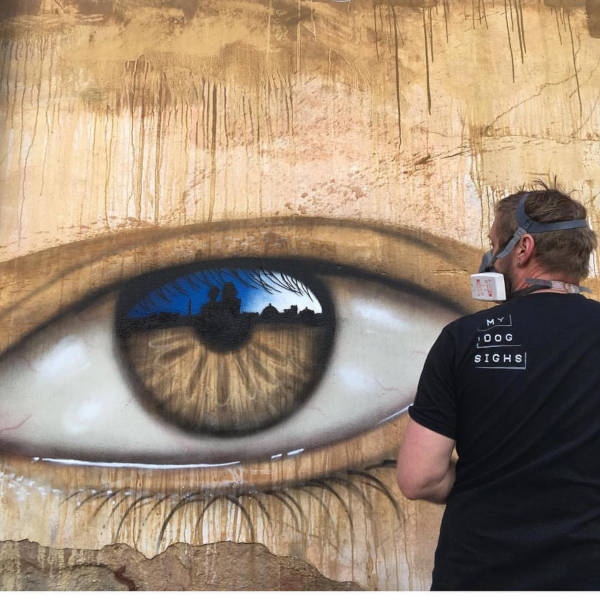 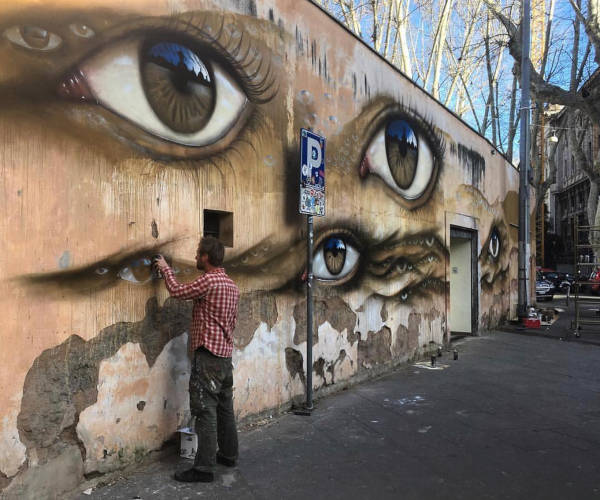 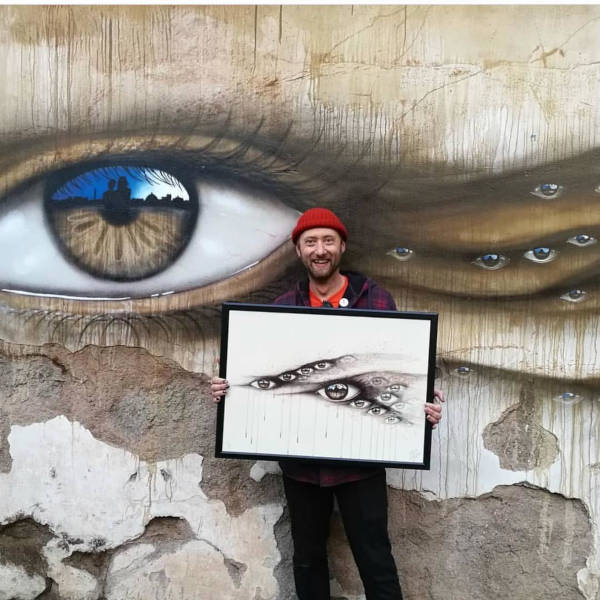 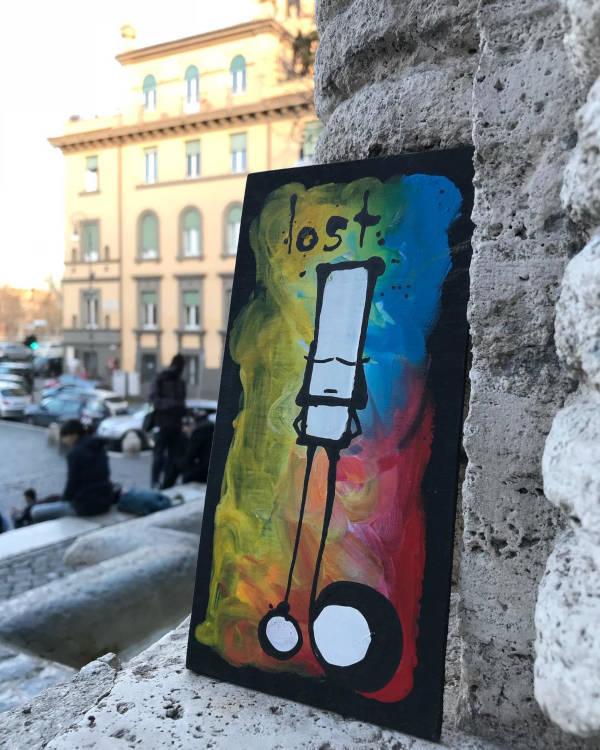 The majority of his pictures depict eyes of a variety. Eyes that look more human-like than anything else. The paintings of My Dog Sighs are mostly found on every nook and corner of the street. Starting from walls to lamp posts to abandoned doors or even caravan trucks, his paintings exist everywhere.