Home » How African-American Cultural Heritage Blossomed During The Harlem Renaissance

It was a revolution like no other- a purely cultural and intellectual one that emerged like bushfire and spread, igniting the minds of the Afro-American population. Docile, subdued, and beaten people found their voice in a torrent of courage, hope, and newfound confidence. Many great writers, poets, artists, and musicians emerged to reinvent the African-American way of thought. The Harlem Renaissance turned disillusionment into pride. The Blacks of America awakened in this period never to be put to sleep again; though it would take another four decades before they found their voice in this country. 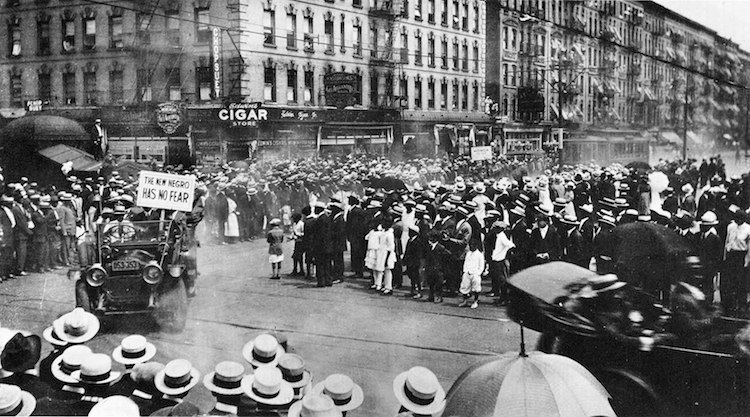 The African-American culture received a big boost during the 1920s. Migrants to the suburbs of New York were outstanding members of this Renaissance. The ramifications of this movement were extensive as it influenced Black writers as far away as France. The Black community in the US had found a new identity. And for the first time, the White community noticed the emergence of a new culture.

Harlem was essentially a white neighborhood, predominantly Jewish. But a surfeit of empty housing ensured that a substantial Black community settled here in the early 20th century. It went on to become the most dominant African-American neighborhood in the 1920s. The golden period was short but seminal and the influence lasted for generations and changed the way the world saw African-American culture.

The mass exodus of African-Americans northwards started in 1916 as over 6 million people moved away from the segregated South. Nearly 200,000 settled in the Harlem section of Manhattan making it the largest convergence of Blacks on earth. The common thread running through this diverse group was a story primarily of racial oppression. There was perseverance to hammer out a brand-new identity as free people. This unique movement glorified the African-American culture and showed the world their cultural proficiency.

The beginnings were humble literary discussions in the suburbs of Greenwich Village and Harlem. But gradually it assumed an exceptional personality and reshaped the African-American heritage forever.

An outburst of creativity was articulated among African-Americans in every aspect of art. Initially termed ‘The New Negro Movement,’ it later came to be known as the ‘Harlem Renaissance’. Harlem attracted the prosperous and stylish middle class that established an artistic center. African-Americans were encouraged to celebrate their heritage and turn into ‘The New Negro’. The works reflected the pride and cultural sophistication of the people.

Aaron Douglas was the Harlem Renaissance artist whose works best exemplified the ‘New Negro’ philosophy. His modernistic murals for the New York Public Library in Harlem, “Aspects of Negro Life’ track the African-American journey right from the freedom in Africa to enslavement in the US and from liberation after the Civil War to life in the modern US city.
Meta Vaux Warrick Fuller made significant strides as an African-American female artist. She was a sculptor much ahead of her time.

The Harlem Artists Guild, established in 1935 by leading artists campaigned for Harlem’s artists, encouraged young talent, and forged a communication between the man on the street and the artists. The Harlem Community Art Center was established during this period.

The Renaissance also threw up a wealth of talent in the written word. The National Association for the Advancement of Colored People published ‘The Crisis’ which fought against race prejudices. W.E.B. Du Bois, prominent sociologist, activist, and historian was the first editor. The writings of Langston Hughes, who also was a jazz poetry pioneer, had a significant influence on this era.

Nowhere was the influence on world culture as pronounced as in the field of music. The Renaissance era was also the era when Jazz music reached its peak. Harlem’s Cotton Club was the center of this musical revolution and all-time greats like Louis Armstrong, Duke Ellington, Billie Holiday, and Ella Fitzgerald were at their best. Their influence on world music is phenomenal and Jazz music is perhaps the greatest American musical export.

Though it is almost 9 decades since Harlem’s golden age faded, a strong influence remains and it led the way for future triumphs. It wasn’t just a national movement and gave African-Americans a world stage, a refreshed image, and a fresh perspective. It also remains to this day a theme of cultural dynamism that evolved throughout the decades and gave African- American culture its deserved prominence.