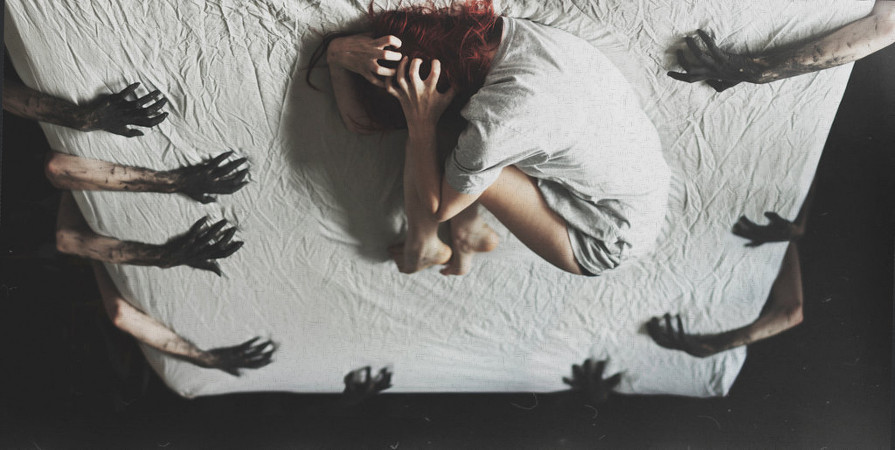 I see things that other people do not see. Whether they are ghosts or smudges in my peripheral vision, I may never truly know for sure. I know what they tell me, the doctors, but who’s to say they know the truth of it anything.

It’s Psychosis, and it’s an embarrassing behavioral trait to admit to. Being psychotic or displaying certain tendencies toward this disorder means more than just seeing or hearing things that aren’t there. There is a huge spectrum of symptoms and characteristics which detail the disabilities of having psychosis, or what some relay as having a side order of psychosis with their main Bipolar/depression disorder.

Which is what I was diagnosed with, Actually-Bipolar disorder with psychotic tendencies. Yes, I admit it, because just like a physical illness, mental disorders should be seen with care and love…not with stigma. With this being said, I want to help you learn to identify whether you or a loved one is suffering from Psychotic tendencies. Knowing what being psychosis really is can change the way you look at the world and at mental health. Here are 10 subtle indicators which can reveal the truth of psychosis.

1. The psychotic individual may also suffer from sleep disorders. Insomnia is a large indicator that something else may be working in the mind keeping the victim from sleeping.

2. If you or a loved one suffer from anger issues deriving from feelings of grandiosity, then there could be something else going on which fuels these feelings. As I said before, Bipolar disorder often is accompanied by psychosis or varying degrees. During mania, psychosis can be readily seen in hyper and irritable moods. Anger derives from unchecked irritability which can lead to psychotic behavior.

3. Rapid speech is also a characteristic of mania, but can also indicate an up-coming psychotic episode. Pay attention if you start to talk faster and become increasingly fidgety.

4. This one could be tricky. Most people are familiar with the word “hypochondriac”. If not, let me explain. A hypochondriac is someone who is always worried that something is physically or mentally wrong with them, and they worry with an intense obsession. Hypochondriacs are people who actually suffer from a form of psychosis, in that they have various hallucinations about their health conditions.

5. Paranoia is prevalent in psychotic individuals. Basically a lack of trust has reached monumental proportions in the paranoid. They live life thinking that everyone is out to get them or hates them, even the closest family members. Those who suffer from psychosis do not even trust themselves.

6. Withdrawal often follows paranoid assumptions. Psychosis makes us pull away from society because we feel that society is the enemy. At the same instance, we feel that we are an enemy to society as well. Psychosis has a double edged sword affect as it distorts our view of us and our environment too. So we figure being alone is the only viable option.

7. Depression often pairs itself with psychosis. It is seen as an almost certain part of the life of a psychotic. When no active psychosis is present, then depression acts as an incubator preparing for the next episode. It’s almost like a dark premonition that something bad will happen soon. It’s also a state in which the sick feel helpless.

And there are other ways to identify the psychotic and their random behavior. With these characteristics, however, it should be pretty easy to tell whether you or your loved one suffers from this terrible curse. The word psychotic, to most people, brings fear and loathing, but in reality, it’s just an illness, no more or less common than heart disease or cancer.

Be kind, work to change your perception of psychosis and similar ailments. Understanding the truth of mental illness gives hope to those who suffer and eliminates negative stigma.

This is the only way to improve our perspective and improve the life of the mentally ill.