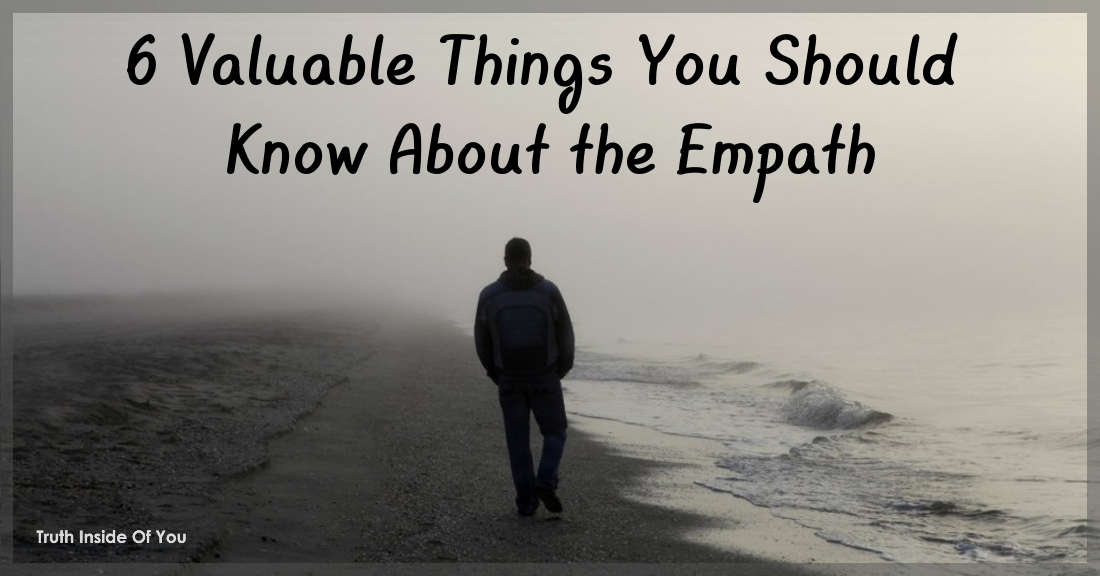 The empath is a sweet and emotional creature. I bet you’ve felt sorry for them many times. Here’s something you might not have thought of before. You know how empaths have such an intimate connection with their feelings and emotions? Well, there’s another ability that makes the empath valuable, and make you think twice about taking advantage.

After all, some other personalities, like narcissists love to take advantage of the empaths generosity and mercy. They use their victim mentality to gain love and affection for the empath, using them to move ahead in life as well. Tisk tisk…such a rotten egg, huh. But wait, nature tends to take care of things without our help.

There is great detail involved in the way that empaths feel. No matter how hard you try to hide your own feelings, however, the empath can also detect the truth behind your mask. You can take this as frightening or refreshing. It all really depends on your motive, I guess. Here are some things the empath can determine just by being observant.

1) They can see the mask you wear, and what’s underneath it too

The empath’s favourite person is a genuine person. Otherwise, the empath will get alarms that go off in their head. IF you are hiding something to appear genuine, the empath will know, due to the attention they pay to detail. IF you have a dark secret, it will be a like a stagnant under-current that constant brushes against the psyche of the empath, making them shudder in disgust.

Don’t be surprised if they seem irritable or at discontent. IF you are pretending to be something that you aren’t, they will know this, and they will make judgments based on this rather than the mask you wear.

2) Empaths can sense jealousy or dislike

3) They know when you are just “okay”

You know those times when someone asks how you are, and you say you’re “fine”? Well, if you are talking to an empath, and you are not “fine”, then they will know. Considering they are always in touch with their emotions, they will sense your pain right away.

You may be fooling everyone else in the room, but you can’t fool them. They have always been adept at sensing any change in emotion. It’s almost as if they have a gauge to read the atmosphere in which surrounds them. It’s intriguing.

4) Empaths know when they are being used

There are selfless deeds and then there are deeds done to receive reward. The empath is always able to detect when they are being used. If you are being nice to an empath or consider yourself a friend, make sure you are a “real” friend.

Never use the empath in order to get ahead in life or to get special treatment because the empath loves to be kind. When they realize the truth, and they will, they may decide to put your needs last in comparison with others who really appreciate their presence.

5) They can sense racism a mile away

You better not attempt to be a bigot in the presence of an empath. They will know right away if you have racist agenda. In no way, form or fashion, do I advocate this sort of behavior and neither will the empath. They will know, beware, and they will not stick around afterwards. That’s good too!

6) Empaths know when you are lying

They may not know when you are sleeping, or when you are awake, but they will know when you are lying, so just don’t. It’s a wasted effort to lie to an empath. Since they are so close with their true emotions, they can also spot every single one of yours too.

They notice the twitch of the eye, the nervous stutter and they notice the shifting of your body as well. IT’s almost as if they are detectives without trying. Even if they tried not to notice, they would anyway. It’s just built in, almost as much as their identity.

What do you think of the empath now?

Many times, when reading articles about the traits of empath, I would make a wrong assumption. I would see them as weak and being taken advantage of by narcissists. I don’t think that way anymore. In fact, I see the empath now as someone with unequaled strength in perception. I also have a new respect for them as people.

Please, don’t try to fool the empath. Not only will you look like a fool in the process, but you will also be cheating yourself of a good friend. Before you lie, think again.

You will want the empath on your side.