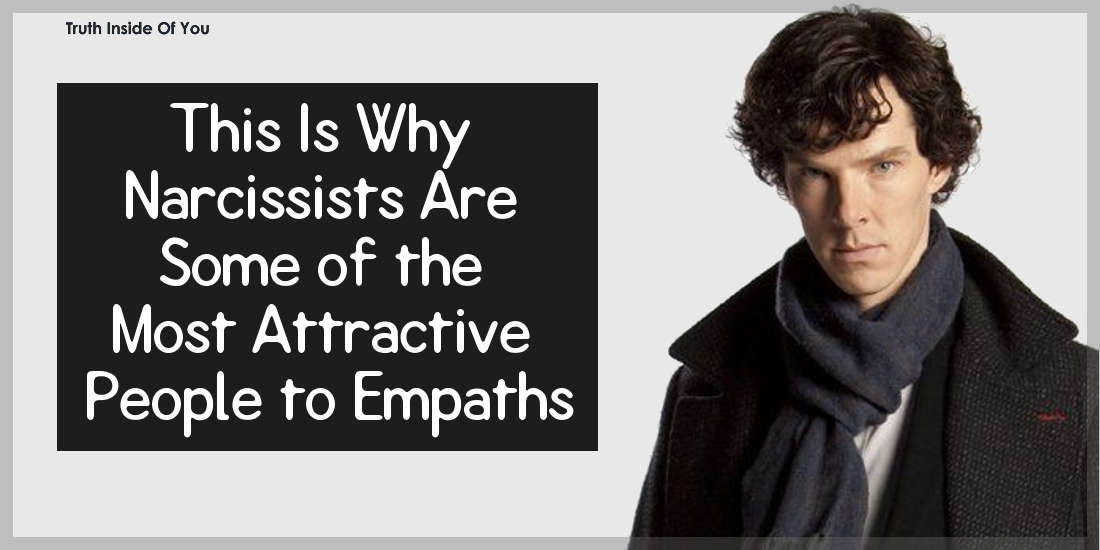 What I’m about to relate may seem confusing to some of you, but empaths adore narcissists. It would seem, after one destructive relationship with a narcissist, that the empath would learn better, but no. There is something that draws them back to the same routine.

Relationships between empaths and narcissists are draining and confusing. Some people, however, find this union to represent equalizing push and pull effects-the humble and the arrogant create a union which levels the playing field. Unfortunately, for the empath involved, the relationship is extremely unhealthy.

Could it be that both the empath and narcissist have attributes that help one another? Although it’s often the empath that suffers, due to the kindness and being taken advantage of, there are faults in both characters. Let’s take a closer look at the mechanics of this union.

1. I look in the mirror, I open my notebook and I listen to my words in anger. I realize that I am a narcissist, I can be cruel and weld a sharp word to slay all who get in my way. So why am I so appealing to an empath?

Narcissists all have one thing in common. They are damaged, wounded and they are victims. Sometime during their lives, they experienced prolonged trauma or hard times. This formed the way they seem themselves. AS for me, I have low self-esteem which manifests as grandiose feelings and arrogance. One word and I can make you cry. Not bragging, just offering myself as a narcissistic sacrifice. We need someone who can heal us. Hmmm…an empath maybe?

2. I watch the way my boyfriend acts and realize that he is an empath. He is kind and will do just about anything to help someone. Although he doesn’t brag, he is okay with who he is. When my anger rages, he buffers it and continues on with his work. He is almost impervious to a point, and then he collapses from my harsh treatment. It’s not fair, but he loves me, and when it’s all said and done, he is my healer. Our bond is unbreakable.

3. It’s not a nice thought when you realize you are the narcissist in the relationship. I am manipulative, and my actions give my boyfriend reason to believe there’s a healthy outlet for his healing qualities. While in short term, this relationship seems healthy, it’s the long-term that frightens me. So, my project is to work harder at truly healing myself so that I am no longer a narcissist.

In a nutshell, the narcissist/empath relationship, while common, is not healthy. Over time, my negative energy, if left unchecked, will drain him. He refused to accept this as truth and believes we are perfect for each other. Should I tell him that he deserves better?

Basically, the relationship in the state it is now will lead to emotional draining and pain. Is the strong passion and bond enough to break through and past the unhealthy building blocks?

What do you think?