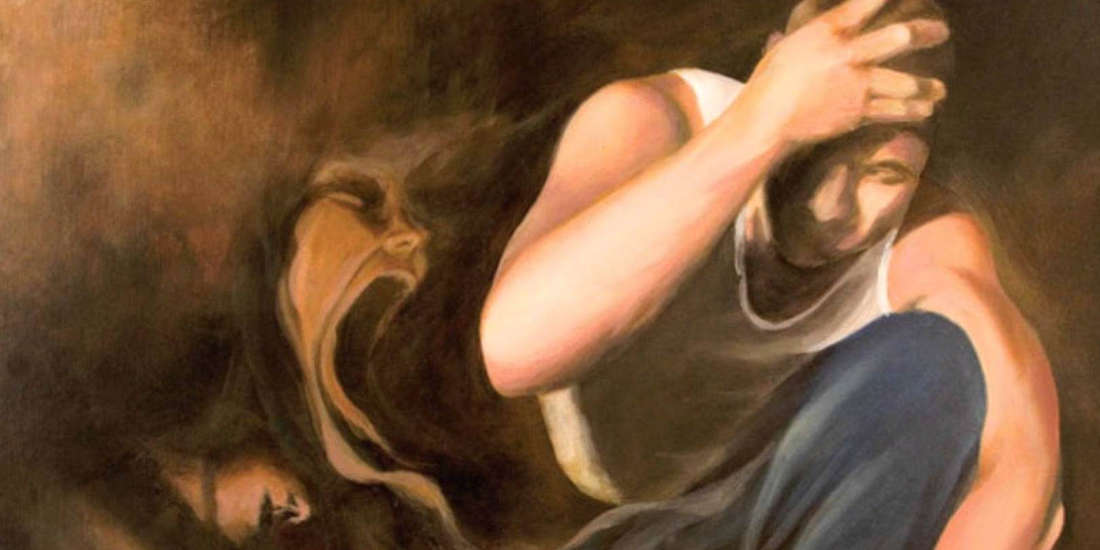 Ever wonder what happens to the mind of someone suffering from schizophrenia? The paintings below will give you a small idea.

Schizophrenia is a mental disorder that occurs mostly in young people and disrupts their perception of reality. People suffering from mental illness, often have hallucinations, auditory as well as visual. They have paranoid ideas and disorganized speech and thinking that creates a big problem in social interaction with their surroundings.

Confessions Of A Mind Affected By Mental Illness! ~ “I Am Still Strong!”

Patients are distinguished from intense introspection and occupy a proportion of approximately 0.4-0.6% of the population. The causes of mental illness are not clear but are usually due to psychological and social disorders.

A big role, according to investigators, plays genetic factors, as it is believed that the disease is transferred genetically to humans. Today, located in a controllable situation with medication, the people could reintegrate into society.

The following drawings are a creation of people who suffer from schizophrenia.

16 Honest Sketches For The Modern Woman And Her Demons.

Some may make others shudder, but their creators are capturing the turmoil going on inside their minds. Through art making the absurd connotations of their thoughts and their illness, more tolerable.

1. “Electricity Makes You Float” by Karen Blair, a woman living with schizophrenia.

2. This insanely intricate drawing was done by Edmund Monsiel, an artist in the early 1900’s believed to have been a schizophrenic.

3. This drawing was found in an old asylum, its artist was a paranoid schizophrenic.

4. A nefarious depiction of the affliction by Erik Baumann.

5. In 1950, Charles Steffen began compulsively making art like this on wrapping paper from inside a mental hospital. His obsession with transformation is very clear.

6. This artist suffers from a rare case of paranoid schizophrenia that causes him to have visual hallucinations. One of these visions is a figure named “Wither,” shown below.

7. Spooky, strange, but probably an accurate portrayal of schizophrenia feels like on the inside.

8. This piece, entitled “Motifs of Mania,” depicts schizophrenia as a shadowy menace.

9. Karen May Sorensen recently began pushing the boundaries of her “madness,” by posting drawings and paintings on her blog while on varying levels of medication.

10. A series of paintings of cats by Louis Wain from the early 1900’s. They capture a slow descent into varying levels of schizophrenic episodes.

11. Johfra Draak drew this in 1967, depicting a schizophrenic Dante’s Inferno.

12. Another by Draak. Notice the two-headed subjects in both pieces.

13. This piece captures the auditory hallucinations associated with the disease.

14. This schizophrenic artist feels trapped by it all.

15. Notice the variety of moods, the cyst-like creatures growing out of this man’s head, representative of the confusion schizophrenia can sometimes bring.

16. These two photos were done by an unknown schizophrenic artist trying to capture the abstract nightmare of his thoughts.