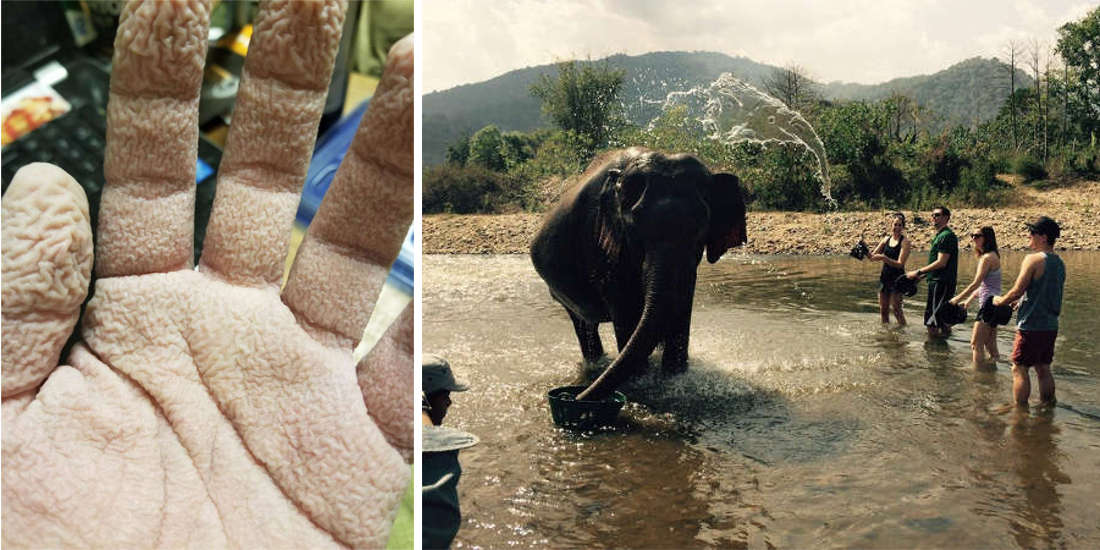 Coincidences could happen with anyone at any point in time. Life is filled with rare moments that may or may not be presumed as a matter of fate. People who believe that destiny and coincidences are meant to be linked are the ones who take life to be a work of the cosmological entity.

It is beyond human intervention to control the situations we fall into. It is predestined to happen. In spite of how unusual or common it may seem to be, they are a result of sheer luck.

Here are a few examples of rare moments for you to realize how the two work hand in hand.

Norway’s Bodo is an abode of the unique sloping rock. A city in the northern part of Norway, it is an attractive spot for all to witness the beauty of the incredibly rocky terrain. The migmatite rocks have been formed due to a mixture of igneous and relic rocks. It looks like the magma while flowing down the slope had suddenly solidified in its way; which is true for the magma actually solidified itself in creative layers.

The image of a storm forms one of the most precious, yet alarming beauty due to its blend of white, grey and black shades in the sky. It is sure shot an amazing piece of photography. It looks more like art created by mixing watercolors in the sky.

3. Grass on the back of a sheep

It is weird, funny, as well as unique at the same time to see grass growing on the back of a sheep. People apprehended it to be the consequence of seeds that are present in the wool that grew into the grass during the rainy season.

Dinosaurs have been present on planet earth as the predominant creatures somewhere in the Cretaceous period around 200 million years ago. However, they have been long extinct now. But El Chacon, Argentina shows unique designs of puddles that look very much similar to the footprints of huge dinosaurs.

The picture en-captured at the perfect moment is that of an elephant who is being bathed by a few people. It is amazing to notice that the water splashed on the elephant to bathe him looks exactly like the outline of an elephant.

A picture showing kids sitting all huddled in someone’s house looks surprisingly similar to the cast of the show Stranger Things. Weird enough!

Women, on a general basis, have always wished for long hair as a beauty enhancer. The longer it is, the prettier it seems to be. The picture shows how long a particular woman’s hair is, that it extends for almost the whole length of the woman’s body.

The unusual spider web is in the shape of a vehicle’s tire mark. It genuinely marks the creative art of the wild spider.

9. Ridges on the palm

This is undoubtedly a result of a lazy person who fell asleep while taking a bath. Spending long hours in the water made his palm look very old and wrinkly.

10. Beginning of the rainbow

Ever wondered where the rainbow starts from? Well, it’s now been revealed in the picture. A bit of expertise and the right timing could make you own some of the best and incredible sights for a lifetime.