Remember the Flintstones? You surely do if you are from the 20th century. This modern Stone Age family was something really big in those days. They lived in stone houses and rode stone cars.

In this context, you’d love to hear about the Igolot-Garonne tribe from the Philippines. Even they ride unconventional vehicles which they make for themselves. The only difference between this aboriginal tribe and the Flintstone family is that the former make their vehicles from wood.

It all started with a crisis that these people faced. Most of the members of the tribe could not afford the conventional bicycles. Yet, that didn’t stop them from doing their thing.

They replaced the bicycle with the hand-carved wooden bikes and started riding them. When the news came out, the world was mesmerized by their creation and quite rightly so.

Images of these splendid wooden bikes were taken by Richard Haw, a photographer from Japan.

On their trip to the Philippines, Haw and his wife came across this unconventional gang of bikers in Batad.

The photographs taken by Haw revealed a lot about these bikes and, consequently, about the tribe that made them.

In fact, these can be seen as a lot more than just bikes. The exceptional creativity and skills of this tribe are adequately showcased by these state-of-the-art bikes.

In most of these bikes, one finds some sort of animal theme. It can be a dragon’s head or that of a lion. Moreover, these are sturdy enough to be used for day-to-day transportation. Basically, that is what the tribals use these bikes for, after all.

Now, if you are thinking these wooden objects are slow-coaches, you are making a mistake. While racing downhill, these bikes can achieve as much speed as 25 mph. 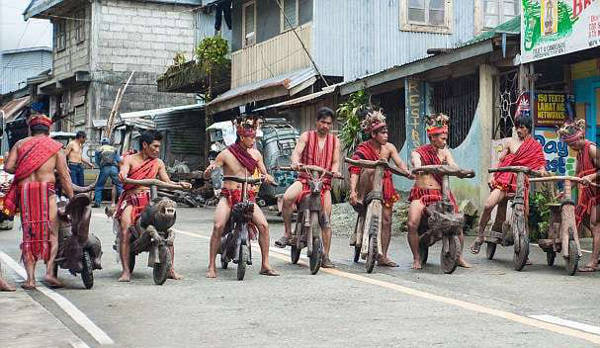 If you ever have the chance to see them, you’d cherish the sight of these people racing down the hills. Obviously, they don’t feel the need for any, so-called, ‘safety gears’. Instead, they dress up traditionally in their bahag (a kind of g-string) and their red robes.

Their bikes even have a brake which is a wooden pedal. Stepping on this pedal applies pressure on the recycled tires and stops the bike.

These bikes are a thing of great pride for their owners. They indeed love to show these off to other people. In fact, who wouldn’t, if they could actually make something as wonderful as these bikes?

The craftsmen even help their fellow villagers in the Luzon island of Philippines, in making these bikes. 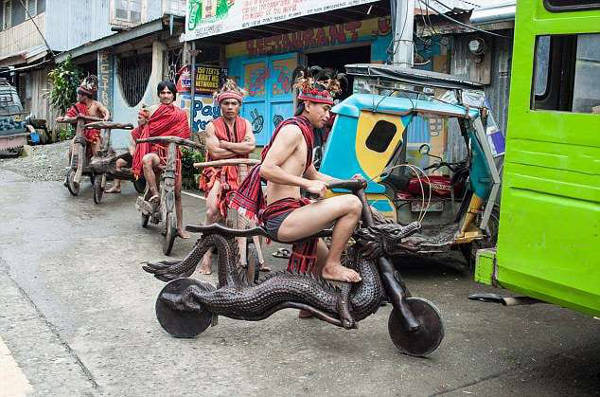 There’s also a spiritual side to it. With the belief that Igolot gods are in natural objects, these wood carvings are seen as a token of respect.

Unfortunately, the indigeneity of the Igolots is being disturbed by external oppression. The tribe is striving for self-governance so as to live a peaceful life on their mountains.