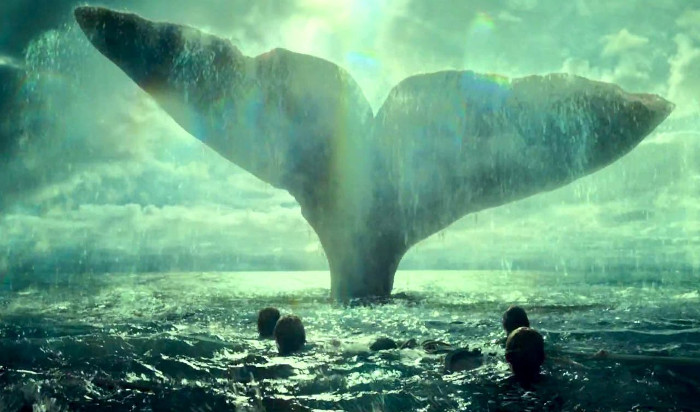 Propably most people know of Moby Dick, a legendary enormous albino whale that was the subject of a novel published in 1851.

This novel is about Moby Dick’s hunt, as people are determined to kill him. This story outlines perfectly the subject of whale trade, as in the time it was written, commercial whaling was an actual business.

The Persian Gulf’s Coral Reefs Are Not In Such A Good Shape.

People hunted whales (up to 50,000 per year) for their meat, baleen and oil. This did not stop before 1956, when the International Whaling Commission succeeded in making it illegal. Even though the whale trade lasted way too many years, in our oceans there are still whales swimming, which actually are older than the time Moby Dick was written.

Japanese Fleet Slaughters 333 Whales, 200 Of Which Are Pregnant Females.

This, as a fact, is pretty amazing, and comes with a responsibility. Researchers in collaboration with Inupiat whalers have developped a way to determine a whale’s age, and the fact that there are still whales older than 160 is in itself amazing. Especially so, since the species is endangered for extinction.

However, even if there are no more people hunting whales for profit, the environment we have created for them to live in is almost as lethal. The real problem is industry and in specific, oil drilling. Even if crude oil spill accidents are somehow avoided, the mere fact of oil drilling is extremely detrimental for this enormous, yet sensitive animals.

If you think whales should escape Moby Dick’s fate and live until they get to 300 years old, here’s a petition for you to sign.