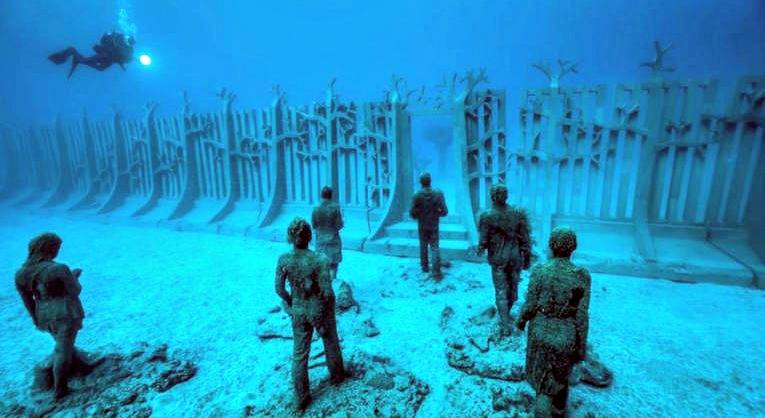 If you browse through Youtube, you’ll find a video that shows you an enormous underwater wall that goes around the whole planet.

The name of this channel is Flat Earth Arabic and they are the first to post about this discovery. It aligns very well with earlier discoveries by Google Earth which have revealed everything from UFOs to entire civilizations under the seas.

The Man Who Walked Thousands of Miles for the Images of Google’s Street View!

This particular wall was thrown into the limelight when a submerged pyramid was found near the coast of Mexico. Soon after an enormous Mayan city was discovered. Angela Micol was the first to discover these pyramids, which are greater in size than those found in Egypt. She discovered other magnificent buildings under the sea, simply by using Google Earth.

Of course, such a huge discovery needs to be proved without any doubt. Quite a few have been dismissed as technical errors made by Google Earth. When it puts together a multitude of pictures to show users what they want to see. While the images are perfectly tailored together, the technology does so by coming up with some theories and making alterations to fit them. The reflection of the light, the perspective and many other factors are taken into account and variations can cause glitches in the software.

Former Google Engineer Has Created a Religion Where Artificial Intelligence is Worshipped as God.

This wall could be because of a background that keeps varying tailored to fit a foreground that remains constant. You need to be keep this in mind while looking at all discoveries made by Google Earth. Just the idea of the wall is so mind-boggling that most of us would want it to be real.